The courthouse was built in 1872 where Cathedral Square now stands, but only after sticky legal situation was finessed. 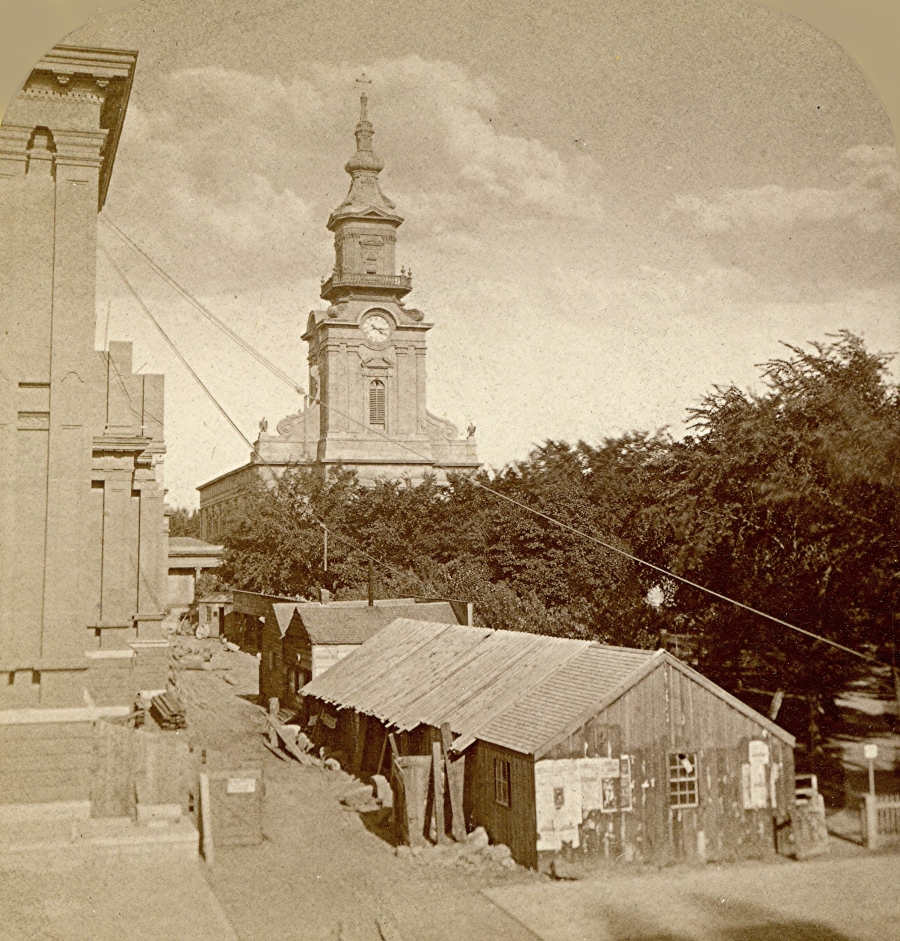 In 1836 Milwaukee’s first county courthouse was built on land donated by Solomon Juneau and Morgan Martin. This was ten years before the city of Milwaukee was incorporated. The building was in the Greek Revival style popular at the time and the plot for it included some additional land for a small park.

But Milwaukee would continue to grow at a furious clip and a new and larger courthouse was soon needed. But there was one problematic legal detail. If the land was no longer used for public purposes it would revert back to the donors or their heirs. This problem was not insurmountable as this early 1870s photograph shows. The dominant image here of the church beyond the trees is St. John’s Cathedral, with its original steeple that would be removed in 1889. At the left the new courthouse of brick and sandstone is going up rapidly. The construction sheds in the foreground would be removed when the project was finished.

But take a look at the low building at the back between the courthouse and the cathedral. This is part of the original 1836 courthouse. It hadn’t been torn down yet and remained occupied so this property would not revert to the Juneau and Martin heirs. Once the first phase of the new courthouse building was completed and could be occupied, then the older courthouse would be demolished in order to make way for the remainder of the new courthouse.

Milwaukee’s second courthouse, completed in 1872, would last nearly six decades, until 1931, when the current courthouse on 9th and Wells was built.  This time the old courthouse was demolished and legal opinions had changed regarding the land’s ownership. The heirs never reclaimed the property and it would become the park that now is known as Cathedral Square. 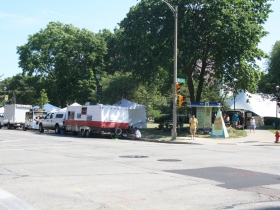 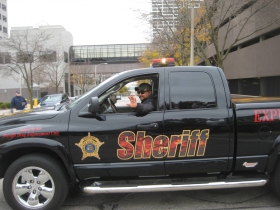 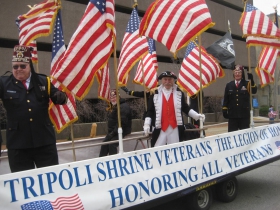 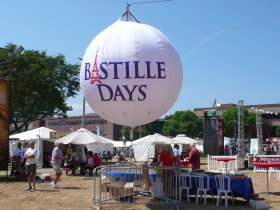