The mayoral candidate lives in the Hampton Heights neighborhood where assessments have declined and crime has risen. Small wonder he's concerned about that issue. 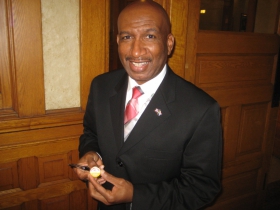 Late in October Ald. Joe Davis, Sr. announced that he would be running for mayor in 2016, criticizing the Barrett administration for the city’s crime, poverty and potholed streets. He joins fellow alderman and House Confidential honoree Bob Donovan, who announced his mayoral run in July.

As Urban Milwaukee editor Bruce Murphy noted in a September article, Donovan and Davis have a great deal in common, despite their differences on matters like the firing of the officer who shot Dontre Hamilton. Each enjoys issuing press releases criticizing the administration. (“Mr. Mayor: Stop Playing Poli-Tricks with City Residents,” is Davis’s most recent.)

Neither candidate is considered a strong challenger at this time, and their efforts to harry the mayor may simply be a vehicle for raising funds from Republicans, as Murphy speculated.

Davis, for example, has yet to set up a campaign website or facebook page; his press releases, which seem to be little more than politicking, are issued at taxpayer expense through his city hall account. (Donovan has a campaign website.)

The current alderman and possible mayor lives on the northwest side of Milwaukee in a neighborhood known as Hampton Heights.

The area mostly developed after World War II after it was annexed to the City of Milwaukee from the Town of Wauwatosa. With the city improvements and utilities, the area briskly developed with ranch houses quite similar to the one where the alderman resides today.

Many of the owners were skilled tradespeople and small business owners. My parents built a new home not far away in 1955 when they were in their early twenties. My father was a steamfitter (like Davis before he was elected to office), which was a very well-paying trade. My mother was born not far away on N. 56th St. in a home her parents moved into in the early 1920’s when they were in their twenties. Other aunts and uncles also owned homes in the neighborhood. Unlike us, they stayed until death, while I was uprooted to Mequon by my teens.

The neighborhood was served by Capitol Court, the city’s first shopping mall, and by strip stores along W. Fond du Lac Avenue. There were many gas stations, bakeries and other curious shops, like an archery school, and a place where an uncle worked on typewriters. There was even a photographer — Walter Lasch — who specialized in pet photography.

But there was not the crime which so impacts the neighborhood today. The area has gone from above-average working class income to poverty. The diverse shops are gone, and violence is a legitimate concern. Just days ago shots were fired into a home some six blocks from Davis’s. A five year old girl died from head wounds while sitting in her grandfather’s lap. 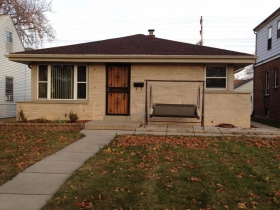 The Davis residence is a one-story ranch dwelling with 1,253 square feet of living area. The brick-veneered home has five rooms, including three bedrooms and one and a half baths. (The half-bath is not usually found in neighboring homes.) The home also has 660 square foot rec room down in the basement, and has central air conditioning. It was constructed in 1959 for Tony Schwanda and his wife Anna Schwanda at a cost of $13,950. In August, 1962, the Schwandas paid $650 to have a 22 ft by 24 ft garage erected in the rear of the residence.

The home was built by “Ranch and Town Homes, Inc.” in the Brown Estate subdivision on a 40 ft. by 120 ft. lot, and served as the Schwanda family home until 1993 when it was bought by Dwight C. Ferrell for $48,500. Ferrell held on to the property until he sold it to Davis in February 2004, shortly after he took office as alderman in a special election (Davis was a County Supervisor at the time). Davis paid $114,300 for the property. (Two years later, he bought the duplex next door for $83,000, so he certainly has an economic stake in the neighborhood.)

The assessor made numerous attempts to contact Davis for a required appointment to process an objection to the Board of Appeals.

In 2012 with his assessment at $94,100, Davis once more thought of objecting. This time the assessor was able to make an interior inspection, noting “Dwelling in av’g condition per interior inspection. Newer carpeting in living room & vinyl floor in rec. room. New roof in 2010 and new service walks in 2006 per owner.” The assessment was sustained “based on comparable sales.”

In 2014, with the assessment at the current $86,200 — almost $30,000 less than he paid for the home — Davis again apparently had some problem with the assessment, leading the assessor to note that he “tried calling to set up inspection or see if necessary since last inspection in 2002. No response and mailbox was full.”

How Milwaukee Is It? The residence is about 7 miles from Milwaukee City Hall. 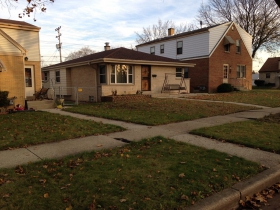 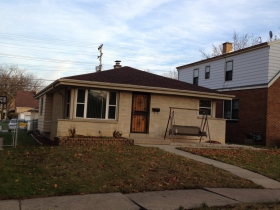 One thought on “House Confidential: The Modest Ranch Home of Ald. Joe Davis”