The cranky South Side alderman has a modest, pleasant little home. 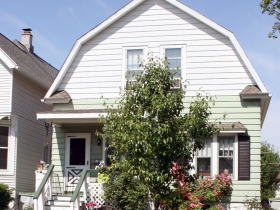 This 1909 Burnham Park neighborhood bungalow near the busy intersection of Layton Boulevard and W. Mitchell streets is the residence of 8th District Alderman Robert G. “Bob” Donovan. Like its owner, the home is modest and unassuming. But you get a sense that, like its owner, the gas furnace inside may have a tendency to get overheated at times.

The first floor of the home has 780 square feet, while a half-story above contains 622 square feet. Yet within these meager confines, the dwelling contains 3 bedrooms and two full baths. No waiting in line for Bob and Kathleen Donovan! Well, not since their five children left the nest.

In 1967 Alma Maier, the then-owner, received a permit to “apply aluminum siding to the entire house,” which has doubtless saved Donovan needless hours ladder-bound, paintbrush in hand.

But when the assessor sent a letter to new owner Donovan on February 10, 1986 asking to have a look around as part of a routine “sale review,” there was, alas, “no response.”

Milwaukee would not be Milwaukee without at least one cranky South Side alderman, and Bob Donovan is this century’s gift to the genre. Donovan is a native son of his district, and a graduate of Thomas More High School. He was active in neighborhood organizations prior to his election, playing the same role as he does today — that of a regular guy watching the world around him going to hell, and by God he’s going to do something about it.

Donovan’s bluster seemingly knows no bounds. He decries crime, graffiti, loud noises, the way young people behave these days and the decline of certain moral standards. He has been a frequent critic of the mayor and the city’s streetcar project, and a frequent proponent of more spending on public safety. He is a champion at grabbing headlines, whether defending police or slapping at Police Chief Ed Flynn, “debating” Alderman Bob Bauman over streetcars or complaining about a parody of him on Twitter. In 2011 he and colleague Ald. Joe Dudzik issued a joint communique decrying “senseless violence” that year at State Fair. “We are reaping the harvest we have sown,” they announced with biblical flair.

More recently, Dudzik hit his breaking point with Donovan responding to his bluster over a business leaving his district.  Dudzik wrote in a press release, “The bottom line is that my colleague is a hypocrite – he speaks fluently (BS) out of both sides of his mouth. He repeatedly sticks his nose into other colleagues’ districts and issues, and does so behind everyone’s back. And some wonder why he’s a lone wolf who almost never works cooperatively with his colleagues (even when a few of those colleagues are like-minded on an issue of interest).”

For more on Donovan check Urban Milwaukee’s biography of him.

How Milwaukee is it? At just 3.9 miles to City Hall, it is old school Milwaukee. 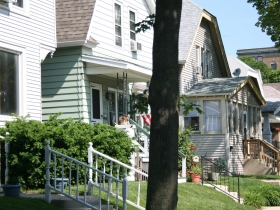 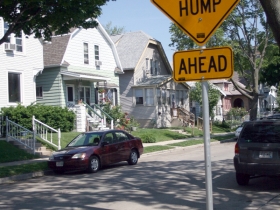 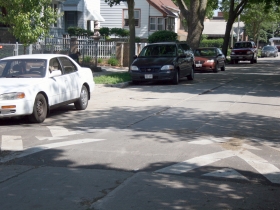 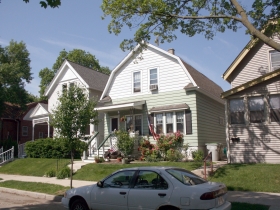 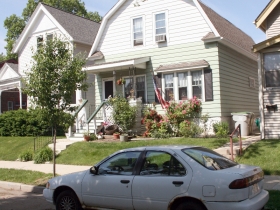 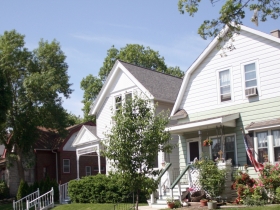