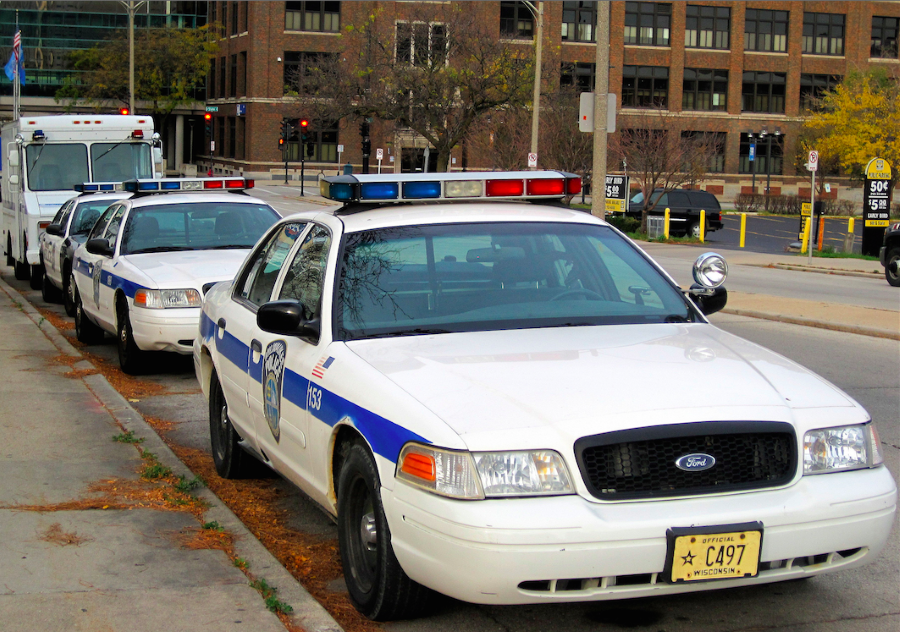 Pat Gleason and his wife, Jeanette, are accustomed to hearing gunfire near their Washington Park home and business.

“Just the other night, I heard two shots while working out in my garage,” explained Gleason, who with his wife owns Bus Stop Coffee Shop located near Lisbon Avenue and 45th Street.

Gleason suspects that the Milwaukee Police Department (MPD) has implemented the gunfire detection system, ShotSpotter (SST), throughout the neighborhood.

For security reasons, MPD does not disclose the exact locations of the SST sensors.

Since 2011, MPD has used SST acoustic sensors to pinpoint exactly where shots are fired. The sensors detect the gunfire and send an alert to the police station and squad cars near the shooting.

The initial three-mile radius of SST sensors was expanded to 11 square miles in August after the MPD received $350,000 in grants funded by the state and Milwaukee County. The expansion added 110 sensors to north and south side neighborhoods.

“I think it’s a great program,” said Pat Gleason. “It can focus the police attention where it needs to be.”

Carla and Wayne Carter, residents of Metcalfe Park, have noticed an increased police presence since MPD adopted the SST program.

“It works,” said Wayne Carter. “We hear the shots fired and then the sound of a squad car within minutes.”

The MPD and other neighborhood organizations, such as Safe & Sound, are quick to remind residents that SST does not provide all the information needed for a criminal investigation.

“ShotSpotter does not tell the officers what direction the individual(s) headed after the shots were fired or what they looked like,” explained Mandy Potapenko, a coordinator for Safe & Sound in the Community Prosecution Unit.

Potapenko added that SST cannot determine what events led up to the gunfire, how the shooters fled the scene or if the gunfire was directed at someone or something.

“If we hear shots, we always try to call them in,” said Pat Gleason.

The Carters said that they, too, are conscious about reporting gunfire.

In April, SST released a gun crime report based on gunfire data from 48 American cities. The report found that fewer than one in five shootings are reported to police.

Milwaukee Police Chief Edward A. Flynn is quoted in the report saying, “Gun fire data is critical, not just in our law enforcement and crime suppression efforts, but more importantly, it is a tool to help build community confidence and engagement, empowering our citizens to work side by side with us as we address gun crime.”

Out in the communities, Potapenko said she hears a wide range of reasons why residents do not report gunfire. Some individuals fear being identified as the caller; others think the altercation will be over before the police can arrive and some are unsure if what they heard were actual shots fired.

According to 2011 SST data, only 14 percent of gunfire activity was reported to the MPD.

Prior to the SST radius expansion, an analysis conducted by MPD found a 41 percent reduction in gunfire in June 2014 compared to June 2013.

Since opening the coffee shop a year and a half ago, Gleason said he has witnessed improvements in the Washington Park area. “I can sense a better feel to the neighborhood,” explained Gleason. “It can only get better.”