Scholarships Give MATC Apprentices a Boost

By Caroline Roers, Milwaukee Neighborhood News Service - Nov 7th, 2014 09:47 am
Get a daily rundown of the top stories on Urban Milwaukee 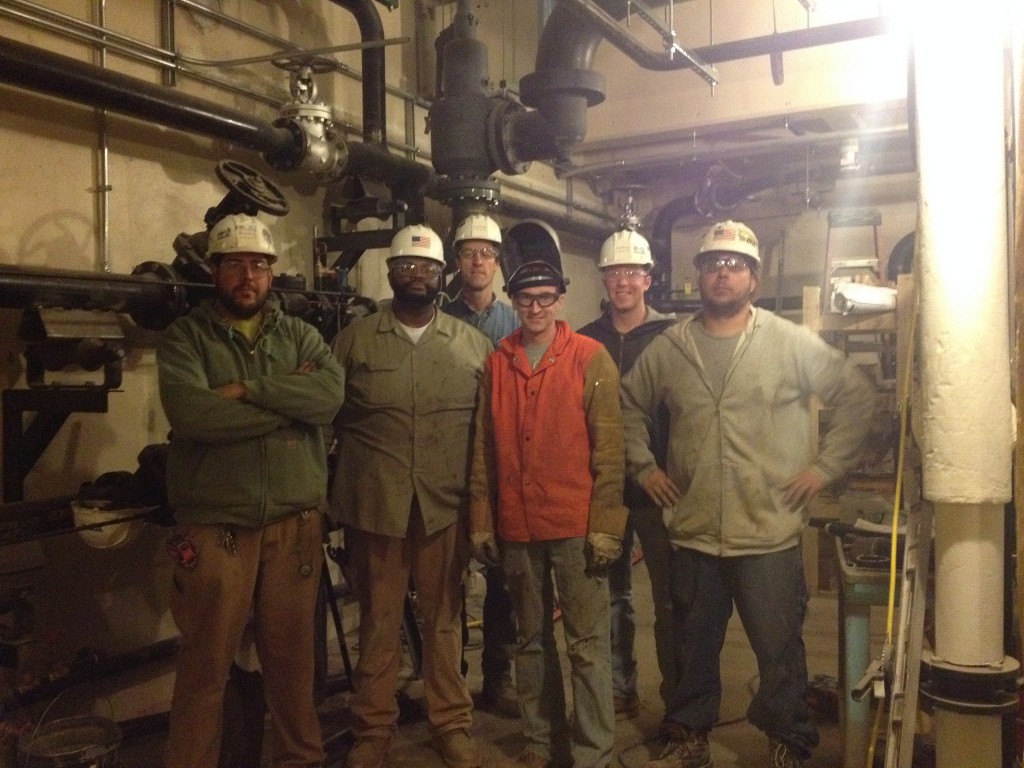 Quinn Palmer (third from left, in back) and his crew work on a steam conversion sterilization room at Clement J. Zablocki VA Medical Center. (Photo courtesy of Quinn Palmer)

Quinn Palmer owns a house. He has three kids ages 14, 7 and 2. And his wife was laid off from her job as a program analyst at Aurora Medical in September. A third-year Milwaukee Area Technical College student pursuing on-the-job steamfitter training, Palmer earns just 60 percent of a full-time steamfitter salary.

“When I first got into the trade, I went from a sales job where I was making $22 an hour to $14 an hour. And all I could think of was ‘what did I get myself into?’” Palmer said. Bills started piling us and “to sum it up, I have a lot on my plate.”

Since last year, MATC has been offering help to students in situations like Palmer’s in the form of Jim Elliott Apprentice Scholarships. While apprentices have not historically been eligible for student financial aid, these $1,000 scholarships are specifically designed for apprentices in the construction trades. They are awarded based on financial need. 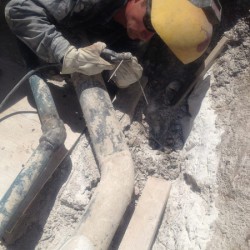 The Great Lakes Higher Education Corporation invested $200,000 in grants to MATC to fund the Jim Elliott scholarships, which are to be distributed over a 10-year period. In 2015, Great Lakes will expand its effort by offering 170 scholarships of $1,000 to all schools in the Wisconsin Technical College System. These Tools of the Trade Apprentice Scholarships are also designated for construction and industrial trade apprentices.

Last January, Palmer’s circumstances improved when one of his instructors told him about the scholarship and encouraged him to apply. After completing some simple paperwork, he was awarded $1,000, which he used to pay tuition and bills.

Associated Builders and Contractors, a national construction industry trade association, estimates the construction industry will face a shortage of almost 2 million skilled workers nationwide by the end of the decade, according to a press release. Though these jobs are in high demand, Nick Triscari, apprenticeship coordinator at MATC, said the years of schooling needed for such jobs make it difficult for students to qualify.

Apprenticeships generally last about five years depending on the specific program. Apprentices usually only earn about half as much as fully certified workers. “Many of the apprentices have families and other expenses that are hard to cover with the small income,” said Triscari.

This was the case for Palmer. The pressure of his low salary and inability to meet his expenses was overwhelming.

“I have school and I have work and I am expected to perform well in everything. There were times when I would be thinking about how I was going to pay a certain bill and where the money for next semester’s tuition would come from,” he said.

Getting the scholarship last year “was a huge blessing,” that allowed Palmer to pay off his second-semester tuition and some bills, he said.

Triscari said that most students use the money for tuition, work equipment and clothing.

“Starting out, you don’t really make very much money, so every bit helps,” Coburn said. And apprentices may not realize the high cost of the equipment they may need to buy when they enter the program, he explained.

Coburn still has two-and-a-half years left in his apprenticeship, but receiving the scholarship helped him push through last year and get to a point where he is more financially stable.

“We are all in the same boat and just starting off in the trade. So having that little boost right off the bat really helps,” said Coburn.