Inside the World’s Tallest Qdoba?

Finally there is activity in the 14-story building on Juneau and Water that's been occupied only by a Qdoba since 2008. 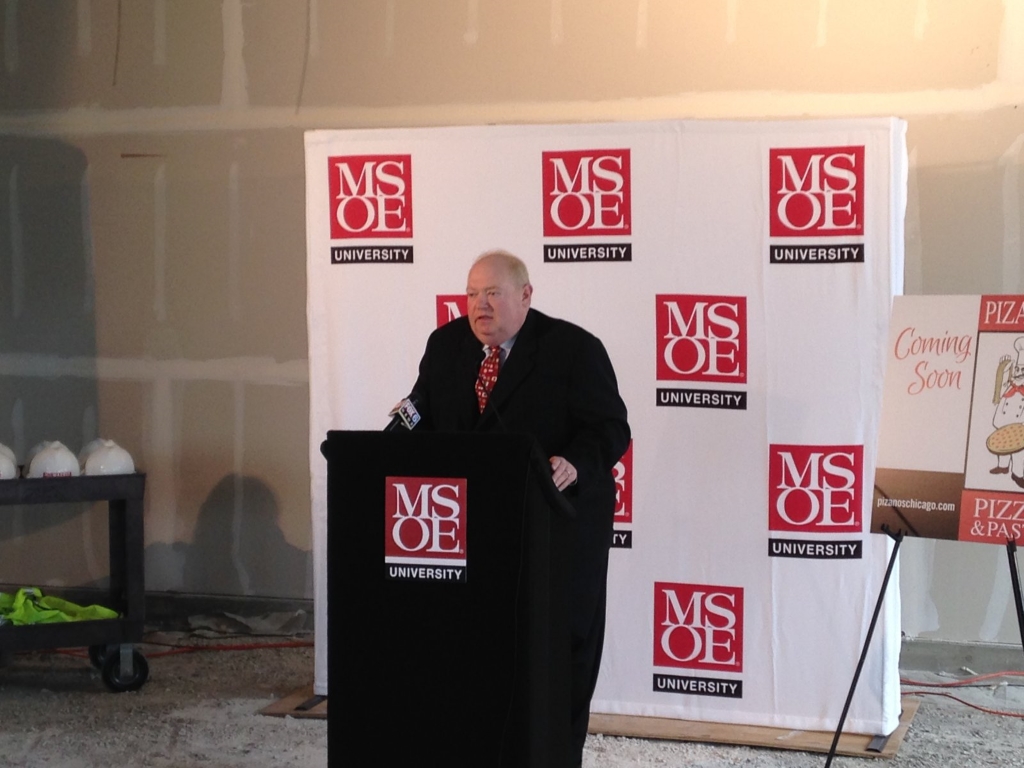 One of the last visible signs of the Great Recession left in downtown Milwaukee will soon be a busy hub of activity.

In 2007 DOC Milwaukee LP started construction on what was supposed to be a Staybridge Inn & Suites at the corner of N. Water St. and E. Juneau Ave.

During the summer of 2008 a Qdoba restaurant moved into the under construction building. But later that year construction came to a halt, leaving Qdoba the sole tenant in a 14-story building. Construction never restarted on the hotel and the building was soon caught up in years of lawsuits, legal proceedings, and even an FBI investigation.

In October 2013 the Milwaukee School of Engineering bought the unfinished building and has been converting it into student housing.

The first 184 students moved into 102 studio, one- and two-bedroom apartments on floors four through nine just this year. Floors 10 though 14 will open in spring 2015 and have additional student apartments and conference rooms.

No longer will the failed building be known as “The World’s Tallest Qdoba,” as Dr. Hermann Viets called it during a press conference yesterday.  The conference was held to announce a new restaurant opening in the building’s long-vacant, 8,500 square-feet of first-floor retail space.

Pizano’s Pizza & Pasta from Chicago plans to open in late spring 2015. Pizano’s was started by Rudy Malnati Jr. in 1991, but the family’s history with pizza dates to 1943 when his father, then the chef at Pizzeria Uno in Chicago, created the “Deep Dish Pizza.” (Having grown up on Lou Malnati’s Pizza, his brother’s restaurant, I can tell you this is exciting news for Milwaukee pizza fans).

But back to the building. After the announcement Rick Gagliano, Tower Building Manager, took me on a tour to see the rest of the facility. The photos capture great views from the building’s many balconies, on-going construction, and a glimpse of one student’s studio apartment. 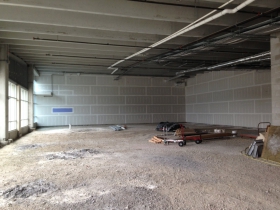 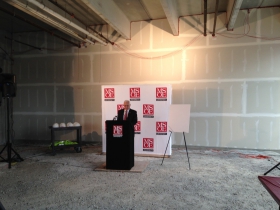 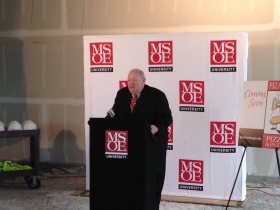 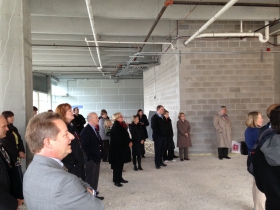 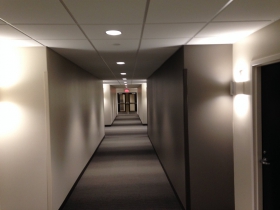 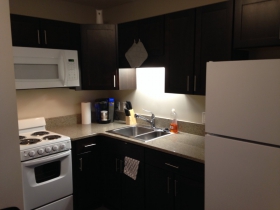 4 thoughts on “Friday Photos: Inside the World’s Tallest Qdoba?”