By Kate Golden, Wisconsin Center for Investigative Journalism - Nov 3rd, 2014 01:25 pm
Get a daily rundown of the top stories on Urban Milwaukee 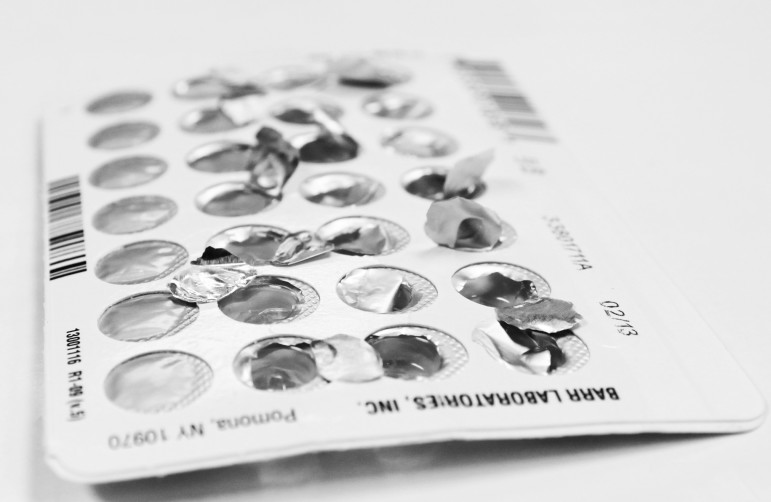 The audits come from an enforcement agency that has expanded significantly under Walker, who has frequently said that eliminating waste, fraud and abuse is a priority.

After the state Legislative Audit Bureau and the Milwaukee Journal Sentinel revealed lax oversight and fraud in the FoodShare program, Walker beefed up the old Medicaid program integrity bureau, renamed it the Office of the Inspector General and had it report directly to the DHS secretary.

White, who headed the old audit unit, was hired to run the new OIG. The office now has 110 full-time equivalent positions.

Enhancing fraud prevention is one of eight top priorities for the Department of Health Services, and detection of overpayments is a key metric. The OIG’s latest published statistics on FoodShare and Medicaid fraud prevention activity say the office identified $5.3 million in savings in the past year.

Providers argue the family planning services are a good investment in their own right. Safar cited numbers from the Guttmacher Institute, a sexual and reproductive health advocacy group, saying that for every $1 the government spends on family planning, it saves $7 by reducing unintended pregnancies and the spread of sexually transmitted diseases.

The auditors faulted the providers for failing to bill Medicaid for the actual cost of each pack of oral contraception, plus a dispensing fee.

The family planning clinics maintain that birth control should be billed differently.

“It’s been published, it’s been articulated, it’s been understood for years,” said Molly Fuller, CEO of FPHS. “It’s just now in this audit in which a different methodology is being imposed.”

They say the state never asked them to track those costs individually, and instead told them to bill for each monthly pack of birth control pills the “usual and customary charge up to the maximum allowable fee,” which the state set at $26.02 in 2009 and communicated through its ForwardHealth Update, a newsletter.

The rate at the time was comparable to the ones for neighboring states.

Diane Welsh, a former chief legal counsel to the Department of Health Services who is representing NEWCAP and FPHS, declined to comment for this article. But the providers gave a reporter copies of her correspondence with OIG on their behalf.

Before 2010, Welsh wrote, the Family Planning Council and state officials discussed setting a dispensing fee for birth control. Welsh was on the council.

The fee would have to be higher than the usual one for pharmacists, because dispensing birth control is more than just handing out some pills. Providers have to take patients’ full medical histories and figure out the best contraceptive options. For intrauterine devices, nurses or physicians must be trained and licensed. In short, the interaction is more like a visit to the doctor’s office than one to the pharmacy.

But those and other services at the clinics are not fully reimbursed by Medicaid, so the higher reimbursement rate for birth control helps them avoid losing money, according to Jennifer Waloway, NEWCAP’s director of community health services.

Welsh wrote that the “political ramifications” of setting a dispensing fee higher than what pharmacists were getting, and the “huge burden on small clinics to effectively establish and monitor the actual cost of each product” were factors. The state decided not to set the rate as the cost plus a fee.

“We still don’t have any documentation showing that they can bill differently than the actual acquisition cost,” he said.

He also said that in an unrelated audit, another organization proved to OIG’s satisfaction that their costs exceeded the dispensing fees.

“We would look at a reasonable dispensing fee,” he said. “If they want to come to us and discuss that, that’s their decision.”

Waloway said that aside from the $1.2 million, NEWCAP may have to close its family planning clinics if it has to bill according to the auditors’ method.

“I don’t understand how they can expect anybody to be sustainable in a business when all you can charge is acquisition price. Nobody can run a business like that,” Waloway said. “We can get volunteers, but you can’t run everything by volunteer.”