The headquarters for what became the Marine Bank, built by Alexander Mitchell, survives today almost exactly as originally built. 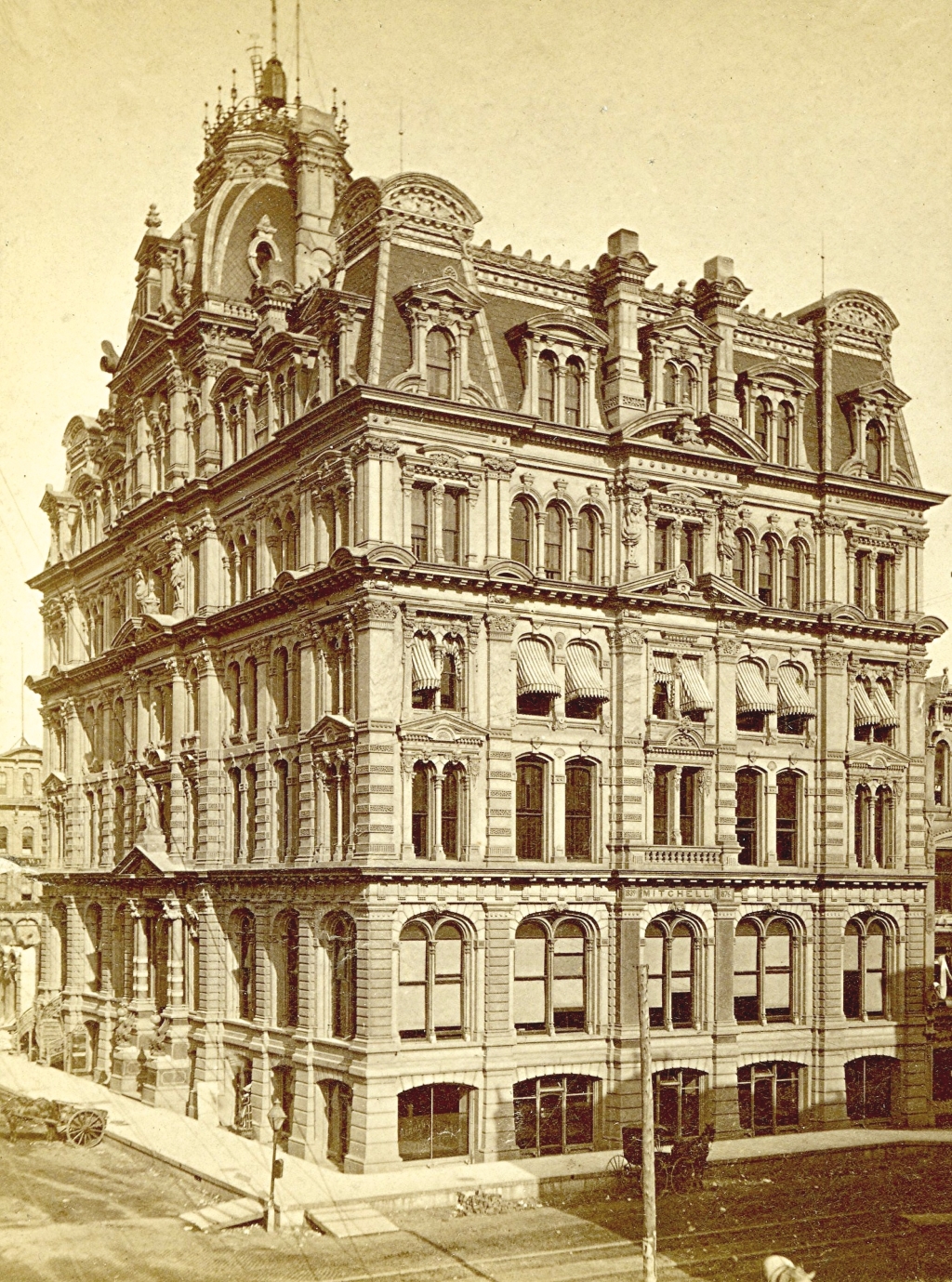 Alexander Mitchell made his mark in railroads but his primary financial interests were in banking. The Wisconsin and Marine Fire Bank, which he founded in Milwaukee’s earliest days, would become the Marine Bank. In the mid 1870s Mitchell would hire noted local architect Edward Townsend Mix to design a new headquarters for the bank. It was located on land where it is believed Solomon Juneau once had a residence.

The Mitchell Building would open in 1876 and was the most magnificent building Milwaukee had ever seen. This is a photo of the building in its early years, photographed by H. H. Bennett. The exterior remains remarkably untouched today. From the iron griffons flanking the entrance to the delicate rooftop ironwork, the building remains a remarkable structure.

Just a few years later, Mitchell would build the splendid Mackie Building next door, also designed by Edward Townsend Mix. You’ll find photos of its interior in our recent story on it here.

Mitchell would pass away in April 1887 but lived long enough to see another landmark completed. He had served as president of the Chicago, Milwaukee and St. Paul Railway from 1864 until his death, and its magnificent depot along the lake in Downtown was built on his watch. Unlike the bank, however, the depot would be demolished in the 1960s, a great loss for Milwaukee’s 19th century architectural heritage.

One thought on “Yesterday’s Milwaukee: Mitchell Building, Around 1880”