Not since Sam Kinison has a comic abused audiences with such love as Lewis Black. Even at age 66, and with a cold, Black managed to pierce ears and incite laughter Friday night (he also performed Saturday night as well) at the Pabst Theater.

Opener John Bowman, a Michigan native, loosened up the crowd with a solid half hour that included a hilarious bit about the Upper Peninsula. Following his set there was a rare 15-minute break. A Summerfest staple and friend of Milwaukee, Black knows we appreciate a little extra time to wet our whistle.

There was an air of solemnity when Black took the stage. He was clearly distraught over the Ebola and ISIS/ISIL threats, or at least how they’re being portrayed in the media. A Republican in the front row played a good foil for Black’s bits about the Affordable Care Act, and the voter ID law, which he opposes. He astutely (and infuriatingly) pointed out that the two sides are working off different “sets of facts.”

Black told a self-deprecating story about selling 25 tickets for a 1,000-seat theater in Norway, in between a bit about the importance of traveling in Europe (as an American). Then he relayed his “one message” for all within earshot: go to Tahiti. According to the ornery Jewish comic, Tahiti is the one place on Earth where all of his manic concerns melt away amidst the natural paradise.

Black was originally a playwright and at the late age of 40 made a transition to standup, as my colleague Dom Noth has written. Friday night was the first time I saw Black work indoors, which allowed for a more delicate touch. He was able to pace the set slower than his Summerfest shows. All told, it was a master class in comedy rhythm.

At this point in his career, it doesn’t seem to matter what Black is ranting about, his fans simply want to see him hot and bothered, which may end up hurting him down the road. But for now the aging comic is sailing along, and seeing him fiddle with an iPad to read fan tweets was endearing, showing the angry man still really cares about his audience. 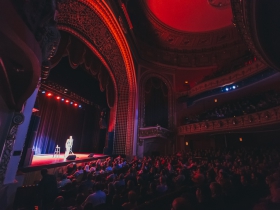 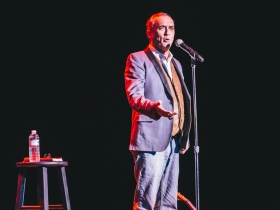 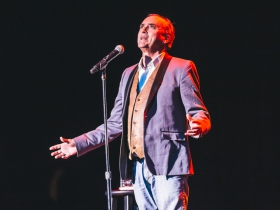 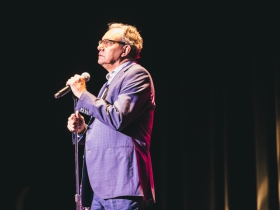 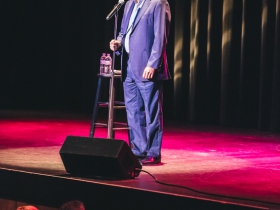 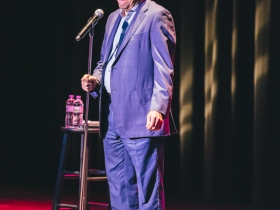