A third Bel Air Cantina location officially opened last week, after first attracting around 250 people through word of mouth at a soft Tuesday opening for friends, family members and the media. The Mexican restaurant replaced the VIA Downer pizzeria (2625 N Downer Ave) and maintains the open kitchen concept used by the pizzeria.

The Downer location is the first Bel Air to use this concept. Noe Zamora, executive chef of the Bel Airs, describes the open kitchen as “a foot and a half opening on a wall which divides the kitchen and rear seating of guests.” Doesn’t sound like much, but in essence it allows customers to watch what’s going on in the kitchen, which can be fun.

“I was mesmerized with the idea of people watching our cooks hard at work preparing meals,” Zamora confesses. At the Tuesday opening, “we received very positive feedback on it,” he adds.

Zamora works for the three co-owners of Bel Air Cantinas, including Scott Johnson and Leslie Montemurro (who own a long list of other restaurants in Milwaukee, from Comet to Hi Hat to Honey Pie ) and Kristyn St. Denis, of Mojofuco Corp., believes the new location is a great way to attract people from North Shore neighborhoods. She was interested in this location as soon as her partners discovered VIA was closing.

“I strongly felt that it’s an excellent way to give folks easier access to our brand and product — from North Ave all the way to Shorewood, Whitefish Bay, and even Fox Point,” she explains. “I think Downer Ave is somewhere people from the North Shore want to visit and we want to give them another reason to.”

St. Denis says she spent time in the Downer area as a college student, and feels a “nostalgic attachment” to the neighborhood. “From it’s storied past as part of the Coffee Trader to present, we feel like the building, the street, and the neighboring areas have so much potential,” she says.

Johnson and Montemurro put a great emphasis on the design of their restaurants. As architecture critic Tom Bamberger has written, the Bel Air on Humboldt Ave. is “one of the finest new small Modernist buildings in Milwaukee.” St. Denis says the owners had a great time working on the design of the new Bel Air.

Bel Air Cantina’s other location is at 6187 North Ave. in Wauwatosa. The restaurant is popular for its “Taco Tuesdays” and “Taco Thursdays” where guests are offered $2 select tacos and tamales, Tequila shots, Modelo cans and taps. The Downer location will offer the same weekly specials as the other two locations. Reservations are not required to attend.

Hours for the new Bel Air Cantina are from 11 am to 12 am Monday through Friday and 10 am to 12 am on weekends. 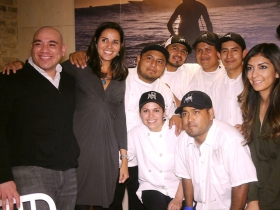 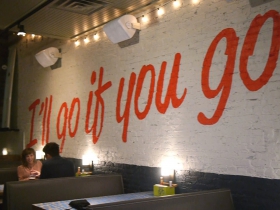 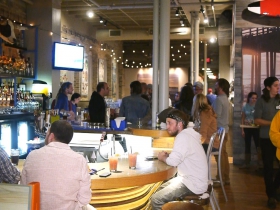 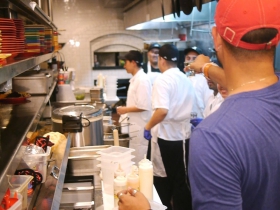 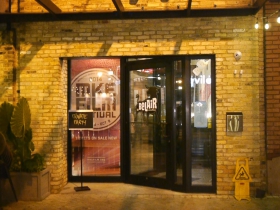