By Molly Rippinger, Milwaukee Neighborhood News Service - Oct 3rd, 2014 10:48 am
Get a daily rundown of the top stories on Urban Milwaukee 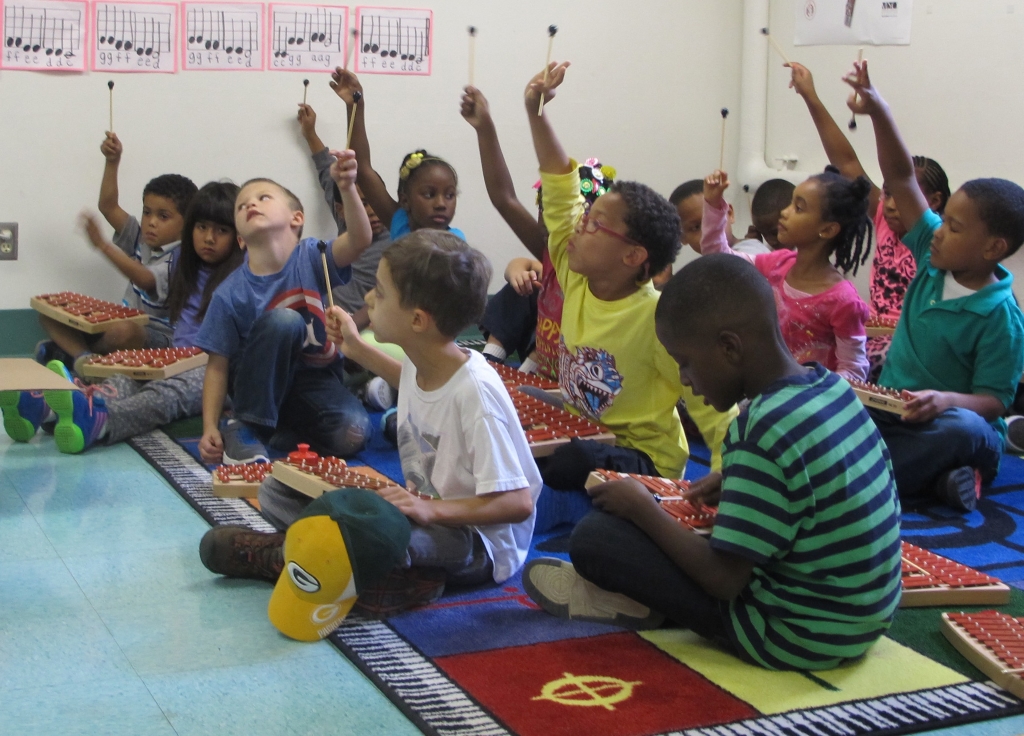 Woodlands’ students learn tone and rhythm while playing xylophones in music class, one of the specialty classes incorporated into the curriculum. (Photo by Molly Rippinger)

Three representatives from Woodlands School, an independent charter school, will head to Washington, D.C., later this month to accept a 2014 National School of Character award from the Character Education Partnership (CEP).

On Oct. 30, Woodlands Executive Director Maureen Sullivan and two colleagues will receive the award at the National Forum of Character Education.

When the school learned about the award several months ago, “We were thrilled,” said Sullivan, who also serves as principal of Woodlands East. “[The award] was a goal for a number of years,” she added.

Woodlands opened a second campus last year in the Concordia neighborhood, with students from K4 to second grade. It will add a grade each school year for the next six years. The original campus, a K4-8 school, is at 5510 W. Bluemound Road.

CEP conducted an audit of Woodlands’ approach to innovative, character-based education. The rigorous process included a site visit to Woodlands School and an analysis of the core ethical and performance values, such as responsibility and respect for self and others, that promote well-rounded character development.

Woodlands School was one of only three charter schools recognized nationwide.

Loretta Cephus, acting chair of the Woodlands’ board of trustees, echoed Sullivan’s reaction to receiving the National School of Character distinction. “It’s confirming that the education of the whole child is important,” noted Cephus, mother of a Woodlands alum and two current students. 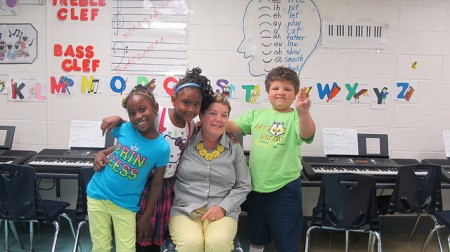 Cephus emphasized the need to share Woodlands’ successes with the community. “Woodlands has been a half-kept secret,” said Cephus. “People haven’t necessarily been aware of our academic and character success, and the two are very intermingled.”

Education of the whole child is the foundation of Woodlands School, which was granted the independent charter in 2003. Teachers, parents and children work together within the school to foster a diverse and creative learning environment.

“Parents are our partners,” explained Sullivan, who stressed parental involvement as a key to Woodlands’ success. “We have an open door policy where they are always welcome.”

Rachel Raciti, a substitute teacher at Woodlands whose children are enrolled at the school, said she values Woodlands’ individualized and creative approach to education. “What drew us were the number of teachers in each classroom and the flexible curriculum,” explained Raciti.

In April, the Public Policy Forum identified Woodlands as an arts-focused institution in its study, “Every Child is an Artist,” which provided an overview of the arts education options available in Milwaukee.

An example of Woodlands’ approach to the arts is its partnership with the ACE (Arts and Community Education) program, which brings members of the Milwaukee Symphony Orchestra, the Skylight Music Theatre and other professional musicians into the school. These partnerships help expand the children’s education while instilling a broad appreciation for the arts.

Capitol West Academy, another UWM-authorized charter school located on the North Side, also was recognized as a 2014 National School of Character.

“These schools have set a high bar,” said U.S. Secretary of Education Arne Duncan, as he commended the 2014 National Schools of Character during the recognition celebration last spring. “They have brought together staff, students, parents and the broader community to work towards the common goal of improving school climate and student performance.”