The popular drummer is a fan of elegant prairie school architecture, perfect for Lake Drive. 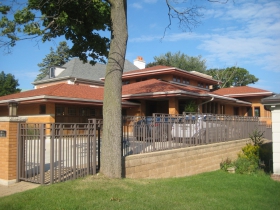 It may be said without fear of contradiction that this is the first House Confidential residence to have been featured on “MTV Cribs,” as this one was in 2009 during the show’s 16th season. [See for yourself.]

This is the Lake Drive mansion of Milwaukee native Andrew J. Hurley, 34, a Menomonee Falls High School graduate and drummer for Fall Out Boy, a Chicago-based band that headlined Summerfest at the Marcus Amphitheater this year in the group’s first appearance there. It was great to play a show at home, Hurley told a reporter.

This week, Fall Out Boy released its new single, “Centuries,” from its upcoming album, its first since taking a break in 2013. What with touring, studio recording and the other travelling necessities of a life in the music business, a rock star doesn’t get to spend too much time at home with his trophies and golden records, so it’s nice to have an uncluttered place without a lot of nooks and crannies that you have to dust every time you get back home.

Thus, Hurley went with the smooth and simple lines of Wisconsin-born Prairie School architecture in this gem of a home that was started in 2002 and completed in 2006 by developer Carl Kemp.

The five bedroom, 4-½ bath home has everything a single, peripatetic, vegan troubadour could hope for, including views of the lake, a music room down in the basement, places for his buddies to crash, a ping-pong table — and, more importantly, — a pool table and lots and lots of comic books. It’s a fantasy world tempered by the austere minimalism of the homegrown Prairie School lines.

Due to his travel schedule, the owner is excused from having a vegetable garden from which bounty he might eat off the land, but he could maybe forage for acorns and walnuts along the bluffs. Certainly the wild raspberries were ripe when he was in town for the Summerfest gig.

As a contemporary tribute to the architecture of Frank Lloyd Wright, Russell Barr Williamson and other original practitioners of the Prairie style, this one stands out from the pack of other recent, and mostly suburban attempts to mimic the art. True, the 25 foot by 25 foot attached garage dominates the street facade of the building, but what can you expect along the lake, where lots are narrow and deep?

Still, you can get enough view from the street of the restrained modernity of the structure to place it among the more admirable of the recent spate of lakefront teardowns and re-builds.

White horizontal stone banding relieves the beige Roman brick exterior, while the low-slung red roof with its wide eaves adds to the harmony of the whole.

The site provides one distinct advantage — the home is built into the bluff, all the better to keep the racket down from that noisy drummer in the music room down there. A large deck affords fine views of the lake from two levels. Stone pillars and a period-appropriate iron fence keep the home at bay from passersby and set it off from the busy street.

Regrettably, the name of the architect was not immediately available at the time of this writing. However, Kemp, the developer, was associated with Khamit Development Co., which also brought us the residence of City Treasurer Spencer Coggs, another House Confidential honoree, and one hardly destined for MTV Cribs.

Homes on the east side of N. Lake Drive, which had been substantially built up by the first decades of the 20th century, are getting newer and newer. The one to the south of Hurley, owned by realtor and musician Bill Bonifas, is newer still. Several others are in various stages of completion along the road. The phenomenon continues north through Shorewood (just a block away), Whitefish Bay, Fox Point and Bayside. It just gets worse in Mequon and points beyond. But this is a fine addition to the city’s urban fabric, where certain design restraints are still maintained.

How Milwaukee Is It? The residence is about 4 miles from City Hall and from the Marcus Amphitheater. 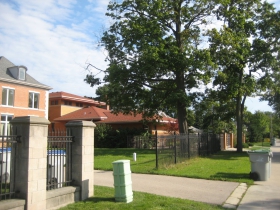 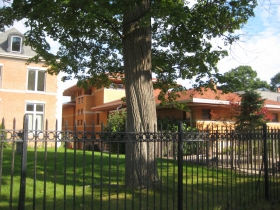 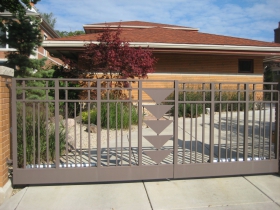 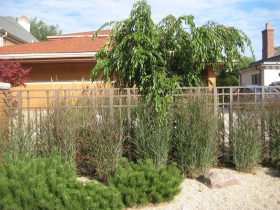 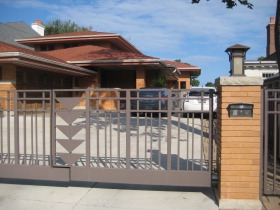 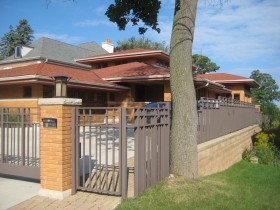 One thought on “House Confidential: Andy Hurley’s Fall Out Shelter”