The Silver Bullet for Bicycle Safety

By Dave Schlabowske, Bike Federation of Wisconsin - Sep 12th, 2014 09:39 am
Get a daily rundown of the top stories on Urban Milwaukee 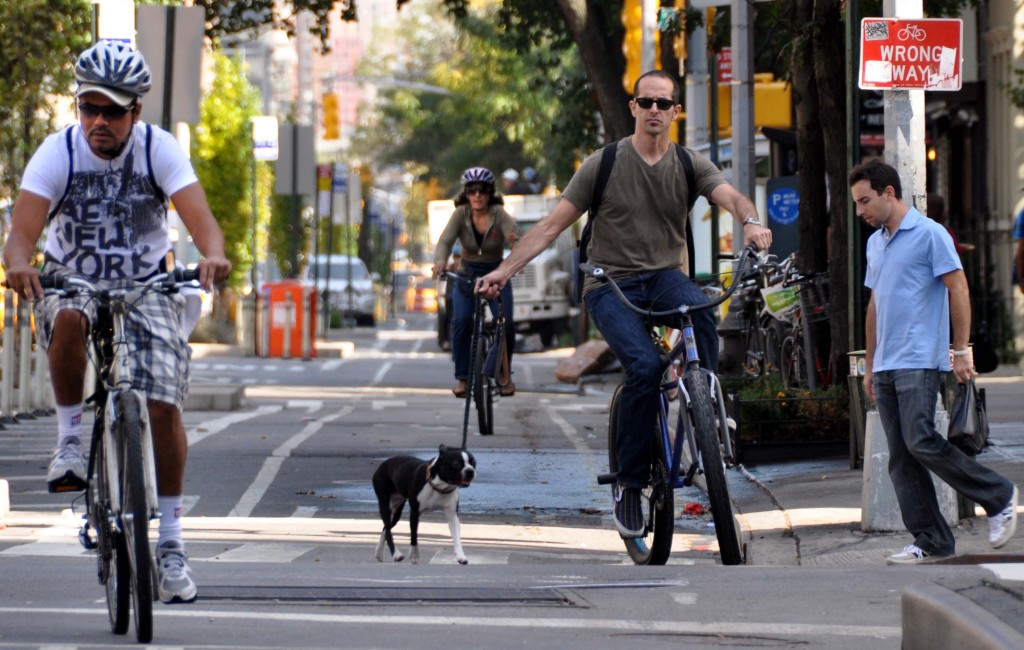 Any community serious about reducing crashes, decreasing congestion and boasting the economy should consider adding protected bike lanes. In study after study, protected bike lanes have been proven to not only increase the number of people who ride bicycles, they have also decreased the overall crash rates for everyone using the road, improved the flow of traffic and boosted the local economy with increases in property values and retail sales.

Even for a bicycle advocate, that seems a pretty bold statement, but a recent comprehensive traffic and economic study of the 30 miles of protected bike lanes installed in New York City backs up every claim. That study had the following conclusions:

It seems counter-intuitive, but in almost every case, when motor vehicle lanes were removed to create the room needed for protected bike lanes , the flow of traffic improved! Using GPS data from cabs from before and after the streets went on road diets to install the protected bike lanes, New York DOT was able to see that travel speeds actually increased.

The lane pattern on 9th Avenue with the protected bike lane. Fewer lanes for motor vehicles resulted in a 43% reduction in crashes with injuries, a 47% increase in retail sales with no increase in traffic congestion. 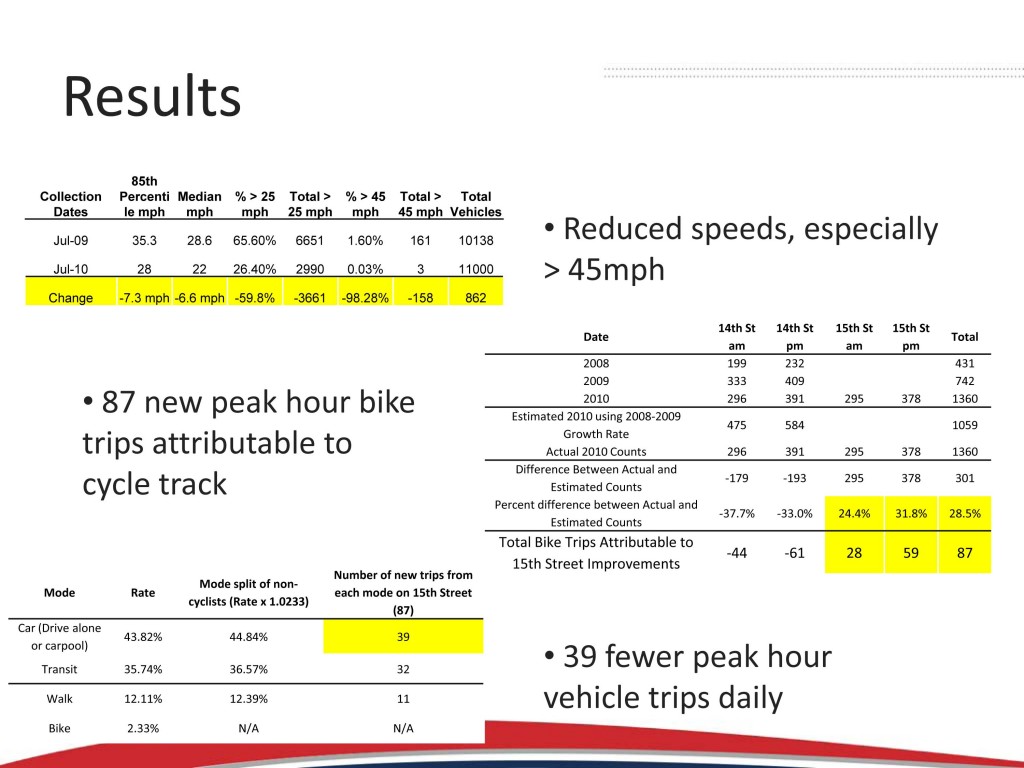 In this study, the 85th percentile traffic speeds (the measure traffic engineers use to compare overall speeds on roads) did decrease after the protected lanes were, but down to a speed consistent with the posted limit.

There are more protected bike lanes in D.C. and all of them have similar effects increasing the number of people who ride, improving traffic safety resulting in a hugely positive return on investment. Chicago has done similar studies of their protected bike lanes with similar results, but beyond the traffic reasons to install protected lanes, there are the social and economic reasons. The prime motivation for the Mayor of Chicago to install cycletracks is to attract and retain a talented workforce. He knows Chicago is competing for talent against places like New York City, Washington, D.C., Seattle and other youth magnate metro areas.

Below are two videos I made of the protected bike lanes in Washington, D.C. and Chicago, along with a video of a protected bike lane in Seattle from the Seattle Bike Blog.  If you have problems, try refreshing your screen.  Click on the video image, press play and wait.

Chicago Mayor Rahm Emanuel announced the protected bike lanes in Chicago were going to lure jobs and talented workers from Seattle. Below you can read some of his bold statements from the original press conference December 17th:

“I am pleased that the City of Chicago is leading the country with the most protected bike lanes of any city in the country, and we are not resting until we get to that hundred miles. The great cities of the Pacific Northwest no longer have a free ride as the top bicycling cities in the United States. It is not an accident that, where we put our first protected bike lane is also where we have the most concentration of digital companies and digital employees. Every time you speak to entrepreneurs and people in the start-up economy and high-tech industry, one of the key things they talk about in recruiting workers is, can they have more bike lanes.”

“Two facts in the last year, coincidence? I think not: One, the City of Chicago moved from 10th to 5th of most bicycle friendly cities in the country in one year. No other city has moved up that far, that fast, that quickly… In that same year, Chicago moved up from 15th to 10th word-wide in new start-up economy. No other city has moved that far, that fast, that quickly. You cannot be for a start-up, high-tech economy and not be pro-bike, the two go hand in hand. So when my staff gave me this headline from a magazine in Portland, I couldn’t help but smile. The headline read ‘We talk in Portland, they do in Chicago.’ The Seattle Bike Blog wrote, ‘Seattle can’t wait. We are now in the position of being envious of bike lanes in Chicago.’ 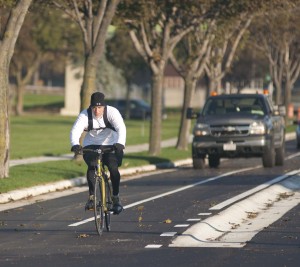 The raised bike lane on Bay Street in the Bay View neighborhood.

Don’t get me wrong, as I mentioned, many cities in Wisconsin are making positive strides adding bike lanes, bike parking corrals, and even bike sharing systems, but we seem stalled on what might be the single most important improvement we can make to get more people riding. In tough economic times like these, some might argue we can’t afford niceties like protected bike lanes, but given the study results, I would argue the opposite is true.  If we want to compete with other cities for jobs, boast retail sales, increase property values and reduce crashes and congestion, we simply can’t afford not to start building protected bike lanes.

12 thoughts on “Bike Czar: The Silver Bullet for Bicycle Safety”