So Far, No Flight From Enderis Park

By Molly Rippinger, Milwaukee Neighborhood News Service - Sep 9th, 2014 10:15 am
Get a daily rundown of the top stories on Urban Milwaukee 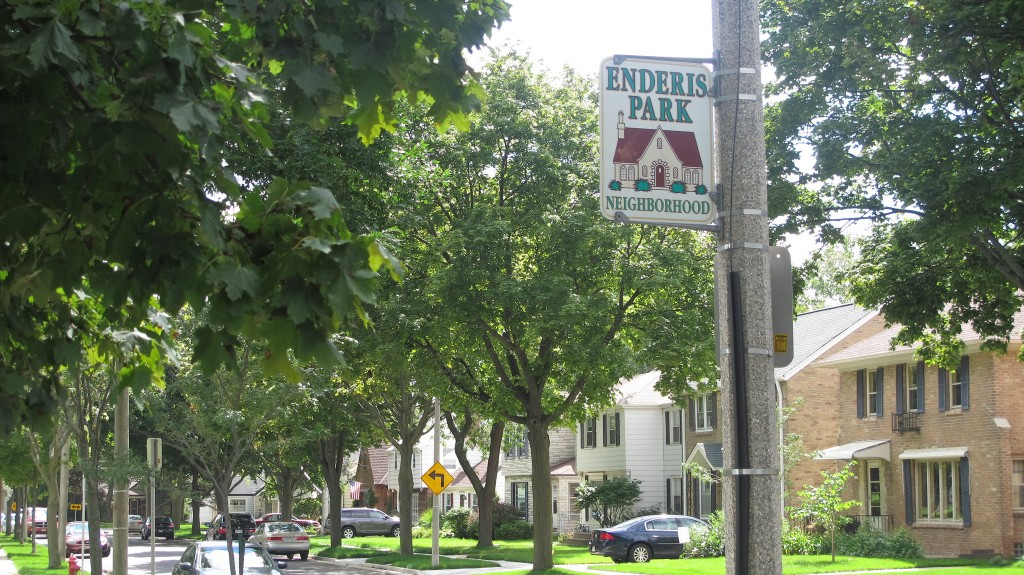 When Milwaukee’s long-standing residency requirement was lifted, many questioned whether municipal workers living in neighborhoods such as Enderis Park would leave the city, opting for life in the suburbs. Six months after a county judge voided the residency rule, it appears Enderis Park residents are largely staying put.

Scott McGroarty, president of the Enderis Park Board of Directors, said he has not witnessed an exodus of city workers from the community.

“Residents who are with the school system and the police and fire departments are staying here,” explained McGroarty.

McGroarty credits much of Enderis Park’s appeal to the strong sense of community that deeply resonates with residents.

“People don’t want to leave what they have here” said McGroarty, who has lived in the community since 2007. “We are a diverse neighborhood with single-family homes, duplexes, apartment buildings and we’re close to everything.”

Craig Auterman, a former teacher who worked for 21 years for the Milwaukee Public Schools, lives in Enderis Park. Outside his home at 67th Street and Lisbon Avenue, Auterman expressed his fondness for the neighborhood, adding, “It’s a great place to raise a family.” Auterman acknowledged that he would have appreciated having the option to live outside city limits when he originally accepted the position with MPS, but he has no regrets about living in Enderis Park.

Another former MPS teacher and Enderis Park resident, Kathy Badger, explained that the neighborhood was a good option for family-oriented city workers while the residency requirement was in effect. “This is where a lot of the police, firefighters and teachers would live,” said Badger, who has remained in Enderis Park because she and her family did not want to move away from the friendships and vibrant community they found within the neighborhood.

Located on the western fringe of Milwaukee, Enderis Park was the kind of community that caused concern during last year’s debates over the residency requirement. Mayor Tom Barrett worried that without the obligation to live within Milwaukee city limits, municipal workers would leave for communities in surrounding areas, such as those in Waukesha County.

In spring 2013, Barrett predicted that within a decade of the residency requirements being lifted “approximately half of public employees” would move outside city limits.

According to the Multiple Listing Service (MLS) website, fewer than 50 homes are currently for sale in the Enderis Park neighborhood, which has approximately 1,500 residences. In the month of August, only three new single home listings were reported, compared to four new listings in August 2013.

Lori Sommervold, a resident and member of the Enderis Park Board of Directors, said she has not noticed an influx of homes being put on the market.

5 thoughts on “So Far, No Flight From Enderis Park”