He is working to keep the Bucks in Milwaukee for as long as he's lived in Fox Point. 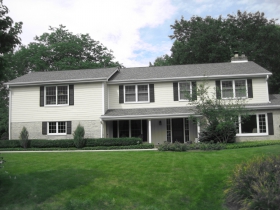 It’s shovels-in-the-ground for a new arena by October 1st, 2017, or the NBA will buy the Bucks for $575 million and dispose of the team as the league sees fit.

News of the deadline was the lead story in Sunday’s Milwaukee Journal Sentinel. Don Walker, who reported the story, offered this observation from Tim Sheehy, President of the Milwaukee Metropolitan Association of Commerce:

“I view this less as a deadline and more as a starting line for a catalytic development downtown spurred by the need for a new arena. … That’s our focus.”

The “our” refers to the Cultural and Entertainment Capital Needs Task Force, a 48-member panel headed by Sheehy charged with identifying a funding source for an arena and other public assets like the Milwaukee County Zoo, the Milwaukee Public Museum and the Milwaukee Art Museum.

But none of those institutions have threatened to pack up and move out of town in three years, so the key task for the group is to get funding for an arena. Since this could involve a four-county sales tax, like the one used to build Miller Park, Sheehy won’t have much to announce until after the new legislature is seated in January.

This must be a stressful time for the lanky leader of the task force trying to save the Bucks, so it’s nice to know that the first thing he sees in his driveway is a well-mounted basketball hoop. Sheehy was a star player at Nicolet High School, and a competitive streak is essential when you’re known as “Milwaukee’s top business lobbyist.”

Sheehy’s home is on a corner lot in the Village of Fox Point, a block west of leafy Lake Drive, on the border with the Village of Bayside. The Schlitz Audubon Nature Center and Doctor’s Park are a mere sprint away. It’s a stable, upper class neighborhood — although not quite as fashionable as those east of Lake Drive — and owes its enduring value to families who have lived there for generations.

This list includes the Sheehy family. Back on May 2, 1952 his dad John Sheehy (also a lobbyist) took out a building permit for a 10-room, $27,000 traditional home. It was ready for occupancy in January, 1953, and Tim has been mowing the lawn there since childhood. He just doesn’t get paid an allowance for it any more.

In 1973, perhaps following some alarm at the cost of painting, the house was re-sided. In 1998, the home underwent a basement remodel as well as a residential addition and remodel for $70,000. In 2004, Tim and Elizabeth Sheehy put on a two-story addition including a master bedroom suite for $100,000. With its three full and one half-baths and five bedrooms, the house was starting to look more like its neighbors across Lake Drive. Other recent improvements include 240 volt wiring for a spa in the basement. Lobbyists always do best when freshly scrubbed, and it’s always nice to have a locker room refuge as you ponder the construction of an arena.

The landscaping is well tended and appears to be rather fresh. A border of typical shrubs in a mulch bed run as a ribbon around the home, interspersed with rather young shade trees, including maples. Sheehy’s mowing responsibilities include the ditch along the road, a relic of the village’s quaint and rudimentary infrastructure.

But that raises a question: If we can’t get residents to pay for sidewalks in their own village, how will you ever convince them to pay for an arena in Milwaukee?

Closer to the home, the landscaping is severely pruned and reinforces the symmetry of the 2-story addition, which should have been obscured instead. The crabapple at the corner of the lot shows the usual problems with the species (mildew, leaf loss), with the added threat of a hornet’s nest pendant from a branch.

It should prove a modest challenge compared to the hornet’s nests he faces on the road to a new arena.

How Milwaukee Is It? The residence is about 10 miles from City Hall and from Sheehy’s N. Milwaukee St. office. 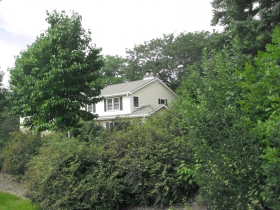 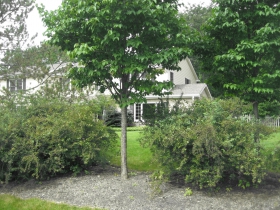 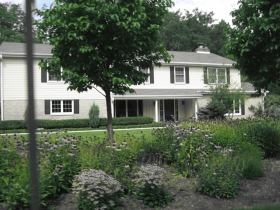 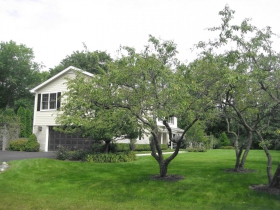 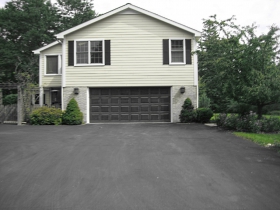