The televangelist's classic 1892 Italianate town home near Brady St. is hardly staid, what with its backyard hot tub.

St. Marcus Evangelical Lutheran Church has been in the news quite a bit, as it has attempted to purchase a former Milwaukee Public School building, only to find resistance from MPS, which has angered those who favor charter and choice schools, while public school supporters opposed the sale. Meantime, the church’s parsonage has a curious history: long exempt from property taxes, it has recently come back on the City of Milwaukee tax rolls. Yet it has had the same occupant, Rev. Mark Jeske, for decades.

Until recently, the home was owned by Jeske’s employer, St. Marcus church, which had bought the N. Astor St. home for $72,000 in 1987. As a church-owned parsonage for the Jeske family, it qualified for exemption from property taxes.

But Jeske, and his wife Carol Jeske, bought the home back from the church for the same sum on July 26th, 2013.

When word of the sale reached the assessor’s office, Mary Reavey’s staff was ready to spring into action. “When we receive transfer information for a property we have classified as exempt we immediately check to see if the status should be changed to taxable,” she tells House Confidential. That’s what happened in this case. 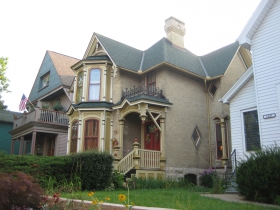 The new assessment should yield an annual combined property tax bill of about $9,000. About $6,800 of that would go to the City of Milwaukee and the Milwaukee Public Schools. Some of those funds may ultimately go to repair the sidewalk in front of the residence, just steps south of busy E. Brady St.

Holbrook was the successor to Edward Townsend Mix, the most prominent of Milwaukee’s early architects, and took over the firm upon the principal’s death in 1880.

The home then dropped from history until 1957 when Theresa Jakusz installed a conversion gas furnace, and said goodbye to the coal man forever. In 1967 Louis Jakusz installed a gas dryer in the basement. Owner Gary Persinger paid $560 to install a 591 ft. perimeter, four-foot high chain link fence around the yard in 1972. It survives. In 1999 pastor Jeske installed air conditioning.

The home is among the loveliest and most substantial along this stretch of the Lower East Side. It has four bedrooms and two baths, and fine detailing throughout. The landscape is a bit over-mature, and some clumsy handling can be seen with the Pfitzer Juniper that dominates the front yard. An assertive city-owned basswood tree is pushing up the sidewalk somewhat precipitously. This is a concern in a neighborhood with many pedestrians and many elderly residents.

Surprisingly, the property has an outdoor hot tub and deck in the sheltered back yard, which lacks an alley and adjoins neighboring properties. This may force some to reevaluate the Wisconsin Lutheran Synod, which this writer had always associated with fire and brimstone tempered by cold showers, and not a nice, warm soak under the stars.

Rev. Mark Jeske has a long affiliation to St. Marcus Lutheran Church, 2215 N. Palmer St., as he was baptised there in 1952 while his father served as associate pastor. After completing his studies at the Wisconsin Lutheran Seminary in Mequon and engaging in teaching and missionary work for two years, Jeske was assigned to St. Marcus in 1980, and has remained there ever since.

According to his parish biography:

“The church and school are located in a neighborhood that, at that time, was failing. Abandoned houses, graffiti, broken glass, and very low rates of home ownership caused many who could get out to flee. But Pastor Jeske’s vision was to reinvigorate St. Marcus to be a Gospel-centered worship and education ministry that would bring people together: young and old, well-to-do and poor, black and white, well-educated and little-educated.”

Jeske also engaged in a program of rehabilitating the century-old school at the church, completing an ambitious remodeling and expansion of the original facility in 2003, and announcing further plans this year.

Jeske is also a televangelist, hosting the weekly Time of Grace half-hour television show since 2001. He is also the author of numerous books and pamphlets, and maintains a robust internet presence.

As to the recent politics involving St. Marcus, a month ago, Mayor Tom Barrett countered an $880,000 offer by the church to purchase the unused Lee School, 921 W. Meinecke Ave., to expand its successful charter school program. (The church had been rebuffed in an earlier attempt to purchase the shuttered Malcolm X Academy.)

The mayor said, “fine,” provided the school pay $1.3 million over the course of a decade to compensate city taxpayers for their share of the cost of educating the voucher students.

Meanwhile, Jeske’s decision to buy the parsonage will gain the city some revenue. The addition of the minister’s home to the tax rolls of the city is the sort of thing that rarely occurs: “There are probably some other instances where pastors buy property and the property becomes taxable but it would be difficult to find them,” Reavey says.

As it stands, some 25 percent of property in the city is exempt from taxation at a time when residential taxpayers shoulder some 75 percent of the property tax burden, up from 50 percent twenty years ago.

How Milwaukee Is It? The residence is about 1.2 miles from City Hall and a mile from St. Marcus Church. 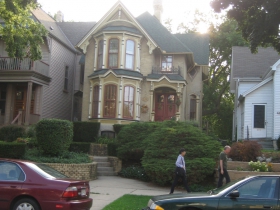 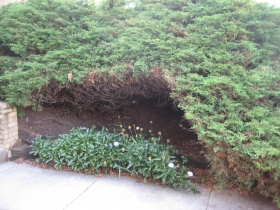 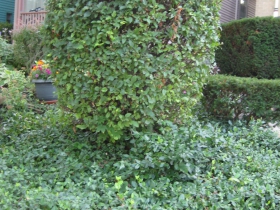 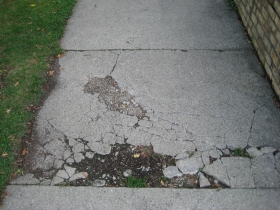 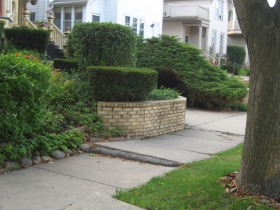 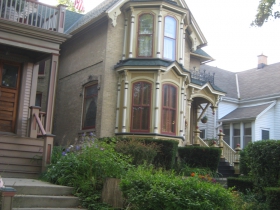