Metal bottom shoes take audiences around the world in the latest performance by the Danceworks on Tap collective.

Something is tapping on the top of my thoughts, and it’s not raindrops from last night’s storm. Remember tap dance? I didn’t think anyone tap-danced anymore, save for little girls in cute outfits and charming men in old-timey movies.

Thankfully, the art of tap is alive and well in Milwaukee through the Danceworks on Tap (DoT) program. Artistic Director Amy Brinkman-Sustache, who also does a mean job dancing in DoT creations, leads the collective. This weekend’s performance, “Tap the Map,” sent us around the world with bristling tap pieces inspired by global beats.

One such number, “…and a little bit of that,” mirrored Irish dancing without the traditional garb, foot stomping and faint smell of Guinness. Kathleen Grusenski, Holly Heisdorf and Alissa Juckem moved gallantly around the stage, joining hands and high-stepping in that exciting Riverdance-y way, then freeing themselves into a more natural, high-energy performance.

“My Big Fat Greek Tap Dance” was performed with the same Old World spirit, as Brinkman-Sustache, Annette Grefig and Rachel Payden incorporated elements of Greek folk dance into an otherwise modern composition, which built to a climax that had the audience whooping in approval.

A couple of non-tap performances were sprinkled into the program for good measure. The Phi Long Lion Dancers treated us to an acrobatic show, featuring Trung Nguyen, Hao Tran, Harold Tran and Henry Tran donning elaborate, two-person lion costumes. The creatures twisted, bent and rolled around the stage, at times launching into the air with one performer atop the other. It was a perfect addition to the already eclectic and lively program.

Special guest Laura Kolar also brought a nice surprise to the lineup, giving us a brief but impactful “Back to Africa.” Kolar majored in African Dance at UWM and has since traveled to Africa where she implemented a youth empowerment program, Gujja Ting African Art. Kolar was a highlight of the night – her deft movements formed a strong juxtaposition to the accompanying tap numbers.

“Mystic Groove,” “Driven,” “Talkative Didge” and “The Soundmaker” each saw the entire DoT company at their best – gliding on and off stage, managing complicated rhythms, effortlessly moving through a series of formations, and generally killin’ it like old pros. The best part, of course, was how much fun they had being fully tapped into the child and old-timey movie star within. 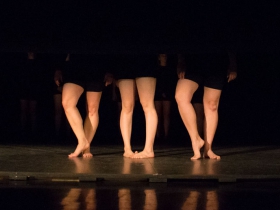 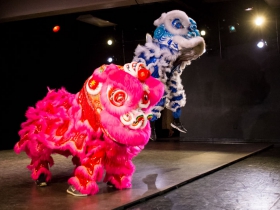 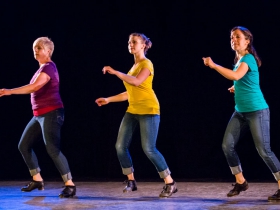 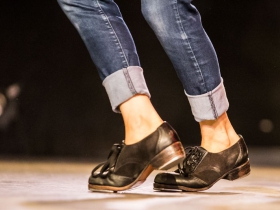 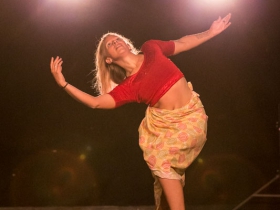 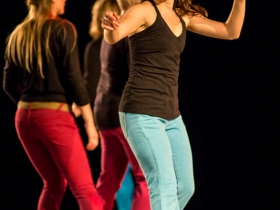