It was the largest and finest hotel in the West, a sign that Milwaukee was becoming a significant city. 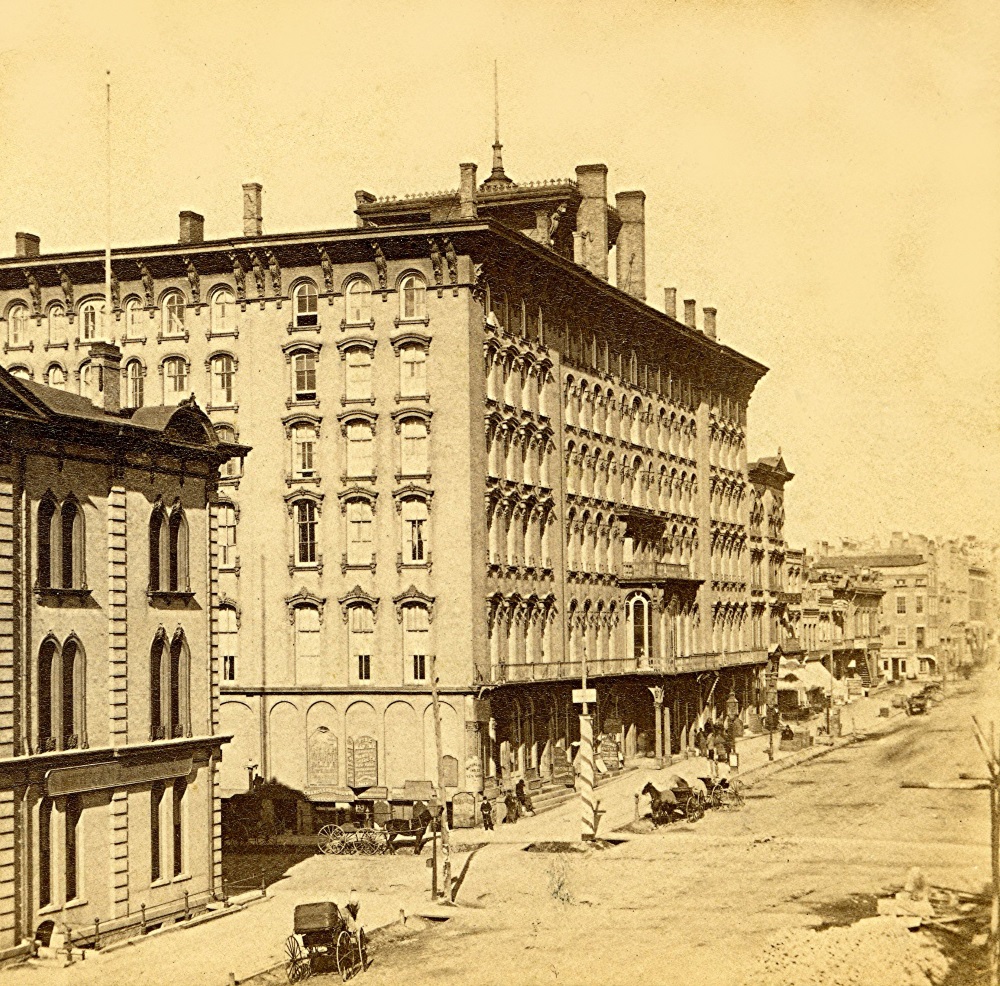 Hotels quickly found a local market in Milwaukee’s earliest days. After all, the wave of land speculators and settlers would need somewhere to stay.

The first was named the Triangle which was opened in 1835 by Solomon Juneau’s father–in-law Jacques Vieau. But it would burn in a fire in 1845. The hotels of the 1830s and 40s tended to be simple frame structures in the Greek Revival style that predominated at that time. Some hotels of that vintage and style still survive. The Old Wade House, located in Greenbush, and Hawks Inn, located in Delafield, are prime examples.

In the 1840s hotels built out of brick would appear, also less vulnerable to fire. The first hotel that would merit the description “grand” would appear in 1857. This was the Newhall House which rose a then-amazing six stories (plus tower) at the northwest corner of Michigan and Main (now Michigan and Broadway). This is a view of the hotel a bit over a decade later. It was sold by W.H. Anger, an optician whose store was less than a block away on Wisconsin St. The Cream City brick building on the left is the Chamber of Commerce and the one to the immediate right is the piano store and photographic studio of William H. Sherman.

When completed the Newhall House was considered the largest and finest hotel in the West. Note the horses and buggies waiting to taxi patrons to the railroad depots and boat docks nearby. The hotel would only last until 1883 when it would burn to the ground in a tragic fire. The fire was in many ways the making of an upstart newspaper called the Milwaukee Journal, which ran stories criticizing the hotel’s owners for ignoring warnings that the building was a fire hazard. Coverage of the controversy helped the Journal establish itself as a viable alternative to the much older and more established Milwaukee Sentinel.