The centerpiece of fair that raised lots of money for the cause. 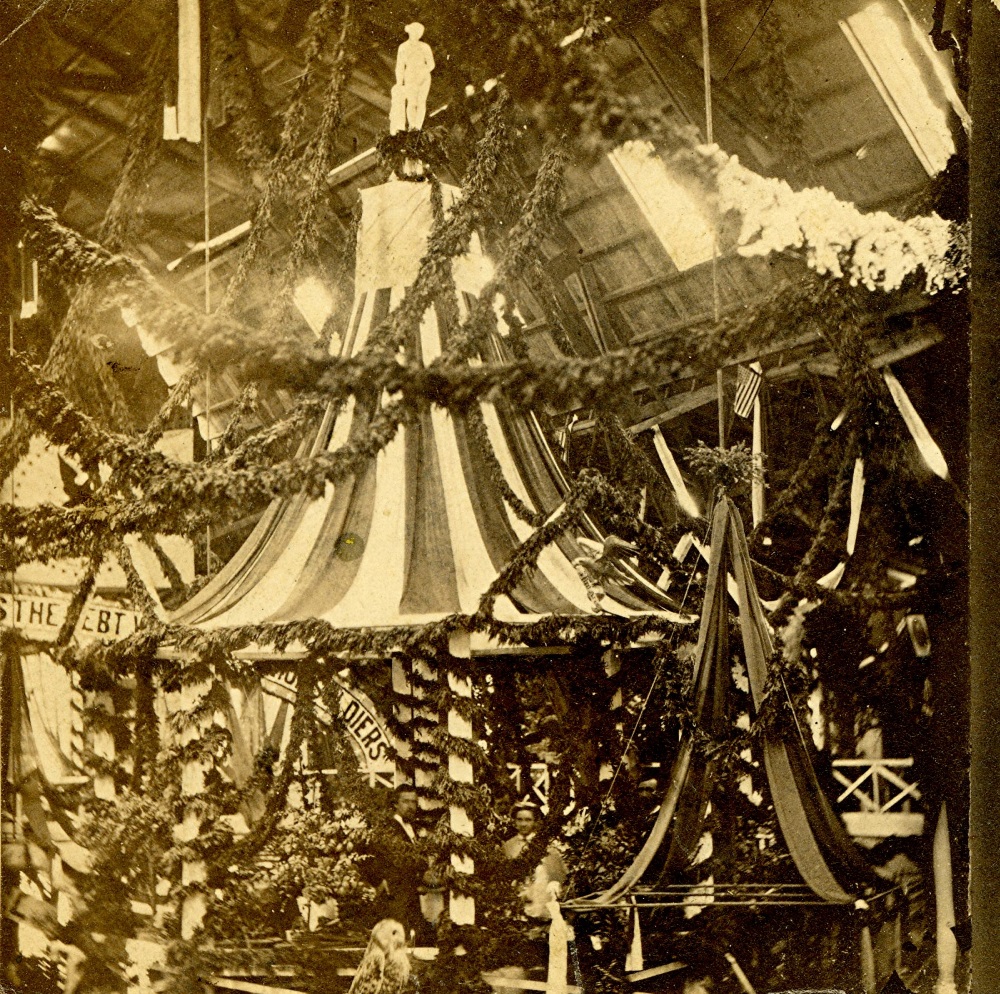 The main building of the 1865 Soldiers Home Fair, held in Milwaukee in the summer of 1865, had two levels for visitors. There was the main ground level and an upper mezzanine. This photograph of the fair’s interior shows the pavilion that was perhaps the centerpiece, gloriously decorated with garlands and streamers. A few faces may be seen peering from this upper level perch.  The original stereoview has exceptional 3D quality, remarkable as interior views were uncommon at that time. An owl, that decorated the “Oracle’s” kiosk on the ground level (last week’s featured photo)

The fair would prove to be a success. It raised $100,920.15, after expenses. Subsequent donations would raise the total to nearly $110,000, a tidy sum at this time — about $1.65 million in todays dollars. A delegation would be sent to lobby for the location of a National Soldiers Home and they would be successful, though actual authorization and construction would still take some time.