Bill Radler, millionaire creator of the world-famous "Knock-Out" rose, has a rather modest home and an immodest number of rose plants and species on its lovely grounds. 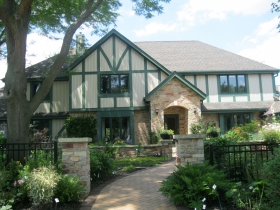 If roses, like salmon, would head back to their place of birth to spawn, some 90 million of them would return to this 2-acre parcel in Greenfield where they germinated from just a couple of seeds in Will Radler’s 1,847 square foot basement.

Radler, 71, retired in 1994 as director of the Milwaukee County Parks Department’s Boerner Botanical Gardens. It was he who bred and introduced the “Knock Out” Rose in 2000. It is the most commercially successful rose of all time, prized for its self-pruning habit, unrelenting bloom and its disease resistant qualities.

Radler’s first-year royalty check of $60,000 was more than he had ever made while working, and his payments have increased exponentially along with the sales of the 28 patented rose varieties he has on the market, with more in the pipeline. Radler says he doesn’t know how much he makes on each rose sale, but it was enough to give the AIDS Resource Center of Wisconsin $1 million last year, its largest-ever donation.

There is also enough coin rolling in to maintain a staff of 10 employees who work full time developing new roses and improving and maintaining the grounds of the “Radler Rosarium.”

This includes 2,000 roses lined up cemetery-formation in the yard, with another 500 seedlings in the basement.

It’s a sight to behold, this jam-packed garden surrounded by a 10 ft tall deer exclosure, filled with follies and sculptures, decks, pathways, fire pit, ponds, pools, waterfalls and an outdoor shower for when you want to bathe in something warmer than a waterfall.

On a recent visit, crews were removing a tent and party equipment from an event that had been held there days before, while a contractor was at work on the irrigation system and handsome gardeners were at work tending to the plants — thousands of plants, of hundreds of species — each with a neatly printed marker identifying it by name or number. Unlike the roses, in their enclosed and orderly ranks and files, the landscape plants are allowed to trip and fall and sprawl across the grounds.

Much of the garden can be viewed from the street, where the plants nearly crowd the lot line, as if a few were hoping to escape to the community playground across the road where they might have a chance to stretch out a bit.

Much more landscapery lies between the street and the power lines that traverse the rear of the property, and visitors had a chance to see it all yesterday during the annual Select Gardens of Greenfield Tour.

The Residence at Radler Rosarium sits at the southeast corner of its 427 ft. by 198 ft. lot, the better to locate a large garden. This also appears to be one of the higher spots on the property, which shows elements of being a reclaimed wetland. There is no question that the deer fence is a necessary adjunct, as the condition of neighboring landscapes will attest. The home is of brick and wood, attractive, but hardly baronial. There is sufficient stone landscaping to anchor the home to its property. The house, which the City of Greenfield classifies as “Colonial,” would not be recognized as such by anybody from that era, and includes a total of 4,038 square feet of living space. It was constructed in 1983 and remodeled as recently as 2009 as part of an ongoing process that seems likely never to end. There is an attached 883 square foot garage, which perhaps might be devoted to the works of Rose Innovations, Inc., the business arm of the Radler household, while the car is banished to the driveway. The 2-story structure has a “family room,” 3 bedrooms, and 7 “other” rooms. There is a 490 square foot “rec room,” a first floor with 2,172 square feet of living space, and 1,866 square feet of space on the second floor. A 238 square foot deck is stitched to the structure somewhere. 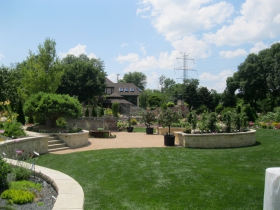 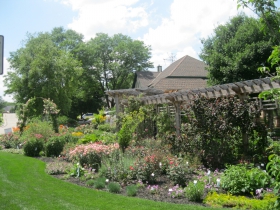 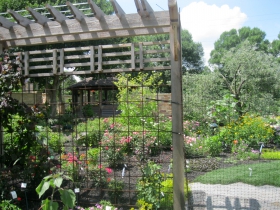 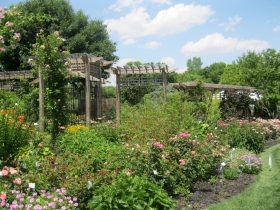 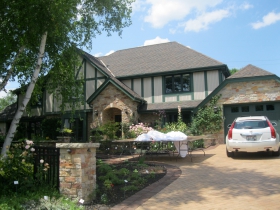