Joshua Janis is building an empire of fruit smoothies, one cafe at a time. 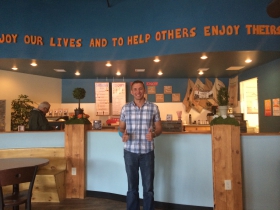 Joshua Janis is a tavern proprietor, who owns McGillycuddy’s Bar and Grill and Red Rock Saloon. So what made him get into the fruit smoothie business?

“Your business should be a representation of you as a person,” Janis told me as we sat in a booth at the Refuge cafe on Farwell Avenue.  Upon entering his 30s, Janis decided to try a business would reflect his new lifestyle. Janis had become more health conscious and was inspired by his trips to California, where smoothie joints have long been popular, and disappointed that Wisconsin (where he was born and raised) did not really have anything quite like that. “Milwaukee could use something healthier but still fast,” he thought.

The first Refuge Smoothie Cafe opened last year in a downtown location, at 736 N. Plankinton Ave, a smaller location that is more of a “to-go” place. Then came the East Side location, at 2238 N. Farwell, and in June Janis opened a Bay View cafe, located within the Wild Flour Bakery at 422 E. Lincoln Ave. Refuge cafes also sell bakery made by Wild Flour.

Meanwhile, Janis still owns the two bars. Yet he is eager to expand the smoothie business to more locations.  He has struggled a bit in building a market for smoothies in Milwaukee, he says, but he loves the challenge. For anyone considering opening a new business, he says, “You need to be passionate about it. If not, it will seem like going to work every day.”

Refuge is meant – as its name suggests – to be a stress-free environment where people can come to relax and enjoy a smoothie. Mellow music played in the background as Joshua and I talked, and the café’s decorations were bright and fun.

The menu is relatively simple, but the names of the various smoothie options all have a story behind them. They are all named after people who are from Wisconsin and who make a positive impact on their community.  When I pressured him to pick a favorite smoothie, Janis couldn’t choose just one. He loves them all, he says, and orders four of the eight regularly.  Finally he narrowed it down to the “Diane De La Santos” or the “Will Allen.”  De La Santos is an ordained minister and the executive director of City on a Hill, while the smoothie named after her is a blend of pineapple, mango, banana, and papaya. Will Allen is the famed urban farmer and founder of Growing Power, which grows a lot of fresh greens, so naturally the smoothie named after him includes spinach and kale blended with apple and mint.

As someone who usually likes to trust the experts when it comes to flavor blending, I had to wonder what was the weirdest concoction requested by a customer. Janis’ response came quickly: a smoothie combination of almond milk, carrots, spinach, kale, and mango. “I don’t know how it tasted,” he says, “but it sounded really healthy.”

Refuge’s mission statement reads “To enjoy our lives and to help others enjoy theirs” in big orange letters on the wall above the smoothie bar. As a philosophy major in college, Joshua explained that he realized “Everyone has that moment of, ‘what am I doing in life?’”  This statement helped him answer his own question.

Reflecting that mission statement, Refuge has what is called Refuge Ripple. Refuge is involved with both charity events and its own acts of kindness in the community. As the sign on the wall of the East Town branch reads, “Like a pebble makes a ripple in a pond, we plan to make a ripple of kindness throughout our community with Refuge as the catalyst.”

Refuge is part of #MeetMKE, raising money alongside OnMilwaukee.com and Milwaukee Downtown for Make-A-Wish Wisconsin.  #MeetMKE encourages people to wear name tags and introduce themselves to their neighbors.  By sharing these interactions on Facebook or Twitter, residents will get Refuge to donate $1 per picture or story to Make-A-Wish. Joshua said that he has been fundraising for Make-A-Wish annually for years, and thinks that it is a great program that needs support.  Refuge Ripple bracelets are available at the cash register for free, though customers are asked to donate whatever they can. 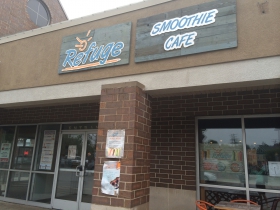 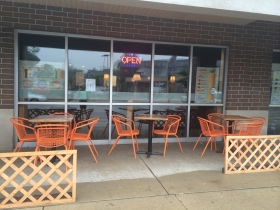 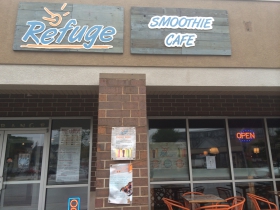 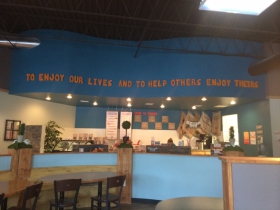 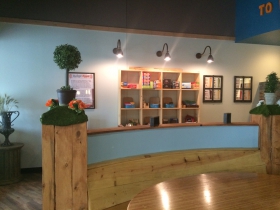 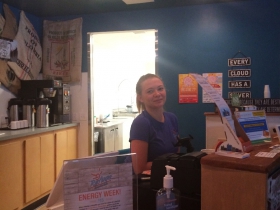