The Newest Farm to Table

An urban farm in New Berlin is supplying fresh fish and vegetables to area restaurants.

Founded in November 2013 by longtime friends, Cole Wenzel and Bill Gannon, Future Roots Farms of New Berlin is one of Milwaukee County’s newest alternative organic farms. But it’s all done without using any soil.

Utilizing greenhouses and minimal water resources, Future Roots Farm raises a variety of organically-grown fish and vegetables throughout the year. This surprising feat is made possible by Aquaponics, an ancient farming technique traced back to ancient Mesoamerica and China that allows for Future Roots to forego the typical farmers’ fields and yet consume a mere 5 percent of the water used in conventional farming.

“I’ve always had a dream to do something sustainable. Something I can be proud of. Aquaponics really met those goals,” says Gannon.

Future Roots grows a steady population of Tilapia and Yellow Perch in 1,200-gallon tanks to condition the water for the plants. Because fish naturally give off ammonia through their waste and gills, the water becomes nutrient rich from naturally occurring bacteria that convert the ammonia into nitrates. Over time, the tank water becomes liquid plant food and is pumped into the grow beds, where it is absorbed and filtered by the plants. The now nitrate-free water is then pumped back to the fish tanks, completing the symbiotic cycle that fuels Future Roots’ operation.

Starting small, Future Roots only offers a few varieties of vegetables, including daikon radish, red Russian kale, basil, Amish deer tongue lettuce and rainbow chard. Gannon and Wenzel have plans to expand with a new greenhouse that will be built in the next few months to accommodate the introduction of herbs, spices, and flowers into their roduct line.

“We have an option to purchase the entire property in December with possibility for a six-month extension. We’re looking to buy the whole place in the next year. We want to convert this existing 12,000 sq. foot greenhouse into as much urban farm as possible,” says Wenzel.

“There’s also another 28 acres of farmland behind the greenhouse. That’s where we’re thinking of planting hops and chickpeas, something different from corn and soy,” adds Gannon.

Other expansion plans include growing strawberries, adding a hydroponic grow system, expanding the existing aquaponic system, and installing raised grow beds laid with a mixture of compost and soil to grow tender and leafy greens.

Future Roots is also working closely with the city of New Berlin to establish an internship program that will get suburban students interested and involved in farming. “We advocate for the small and medium farms and bringing things like manufacturing back to the states as viable industries for skilled laborers,” says Wenzel. “We’re looking to partner with the New Berlin School District. They have vocational programs for their students, as well as getting those students state accreditation in certain programs.”

Just seven months since it started operations, Future Roots has established itself as a supplier to area restaurants seeking fresh local produce and fish. Parkside 23, Evolution Gastro Pong, Le Reve, and Amalinda are all buying from Fresh Roots. With a long list of expansions planned for the coming year, Gannon and Wenzel are confident their business will expand its list of customers. 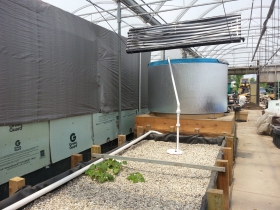 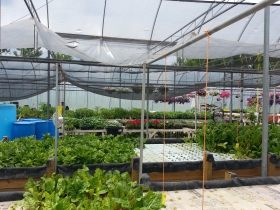 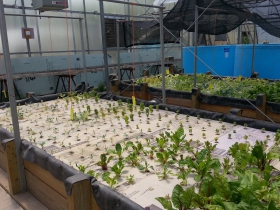 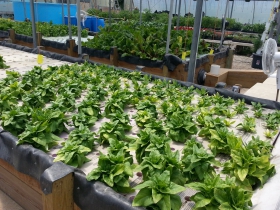 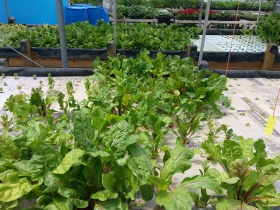 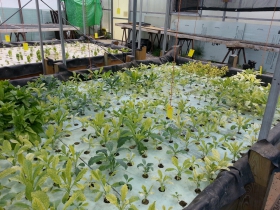