By Brittany Carloni, Milwaukee Neighborhood News Service - May 28th, 2014 10:32 am
Get a daily rundown of the top stories on Urban Milwaukee 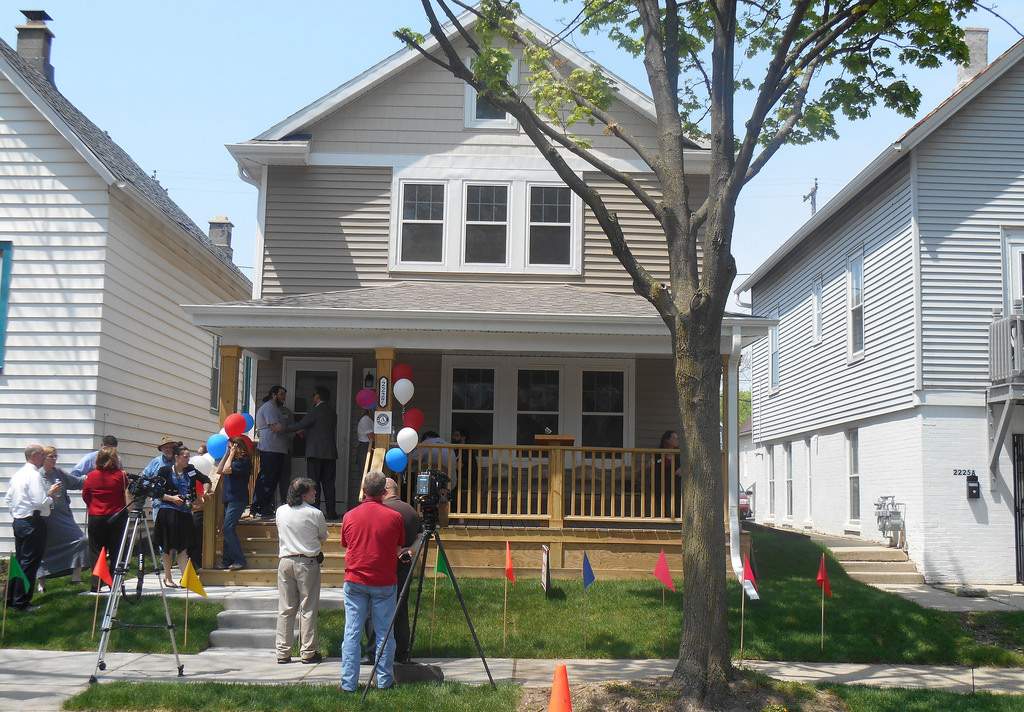 Milwaukee Christian Center’s YouthBuild program holds an open house for the completion of its 12th house. (Photo by Brittany Carloni)

Not many people can say they helped build a house from the bottom up, but Jamie Washington can.

YouthBuild is a training and development program for young adults ages 18 to 24 living in Milwaukee.

According to Mike Van Alstine, program director with Milwaukee Christian Center’s Neighborhood Improvement Project, programs such as YouthBuild give young people positive things to do. 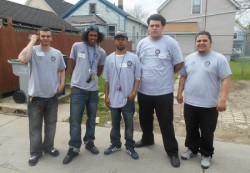 YouthBuild participants give tours of the new house. (Photo by Brittany Carloni)

“We’re using the house as a vehicle to build life skills. We’re helping [participants] get in a better position to apply [for] and get a job,” Van Alstine said.

Washington had some experience coming in to the program and learned a lot from the YouthBuild staff, he said.

“I kind of had my hands on everything in the house,” Washington added. “I liked putting up the doors in the house from scratch and putting the shingles on the garage.”

For site supervisor John Southern, one of the challenges of building the house was working with a group of people that have different skills. “We get … people from so many different walks of life,” he said.

“It’s exciting watching them grow and excel to get to the next step,” he added.

Barrett praised the Milwaukee Christian Center and YouthBuild for their work to make Milwaukee neighborhoods stronger.

“What we’re doing is creating a pipeline… for young people and for adults to get the skills so they can move on and get a job where they can support their families,” Barrett said. The city covers the cost of building materials and work done by subcontractors, according to Van Alstine.

The closing on the 17th Street home will take place on June 1.

Referring to the family who will move in, Washington said, “I hope they like it and I hope it’s a beautiful and comfortable home for them.”