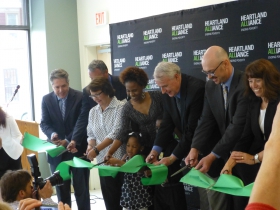 The issue wasn’t just bricks and mortar today when Mayor Tom Barrett and other officials gathered for the opening of Maskani Place, a new 37-unit, apartment complex at 320 E. Center St. that will offer subsidized housing for low-income families.

With an estimated 43 percent of Milwaukee’s children living below the federal poverty line, Milwaukee is rated 4th in the nation for child poverty. “This city has far too many children living in poverty and we have to do even more to make sure we have housing and support services so that those families have a fighting chance,” Barrett declared. “We have we to do that as a society.” Barrett has recently criticized suburban counties for refusing to build subsidized housing.

The new $10 million, four-floor complex is the result of a collaboration between the city (which donated the land and provided a $200,000 grant from its Milwaukee Housing Trust Fund), the Wisconsin Housing and Economic Development Authority (which provided tax credits) and BMO Harris Bank and Federal Home Loan Bank of Chicago, which provided loans.

The complex was developed by Heartland Housing, a division of the Midwest nonprofit Heartland Alliance, in partnership with Community Advocates. Maskani Place is the third and newest affordable housing venture undertaken by Heartland Housing since coming to Milwaukee in 2009. Community Advocates will provide the building’s residents with supportive services such as employment training and help finding childcare. 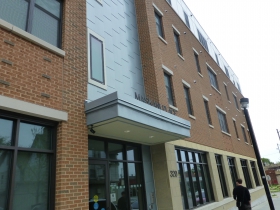 “Maskani Place was designed to be as clean as possible. We have features that lower energy use and protect the environment,” said Michael Goldberg, Executive Director of Heartland Housing. “We think that the greatest feature of the building that you won’t see immediately is stability. For the 37 families living in the building, housing previously was a monthly, weekly, and daily struggle.  So with the security of living at Maskani these families can instead focus on employment, education, personal wellness, or whatever they need to improve their lives and the lives of their children.” 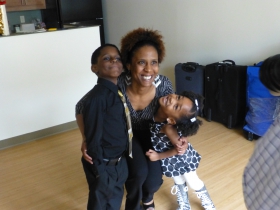 Mercia Harris-Williams and her children celebrate having a place to call home. Photo by Brett Kihlmire.

Mercia Harris-Williams, a single mother of two, was thrilled to move into Maskani Place. She was recently the victim of a housing scam in which she paid for an apartment in advance but was never moved in or refunded. Without a home, she and her children were forced to live in a series of hotels, living off her paychecks, savings, and the good will of others. Eventually Harris-Williams heard of Project Restore, a Milwaukee program that works to provide low income singles and families an affordable place to live.

“We have the honor of being residents of Maskani Place due to everyone and their help and support,” Harris-Williams said gratefully with her children by her side. “Now we have a wonderful home that they absolutely love. We are greatly blessed.”

Joining Mayor Barrett, Mercia Harris-Williams and her two children happily cut the ribbon before inviting members of the press into her new home. Afterwards, the gleeful children thanked the Mayor for helping them into their new home. 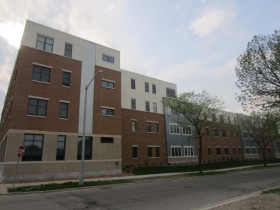 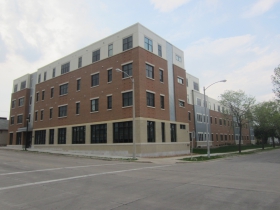 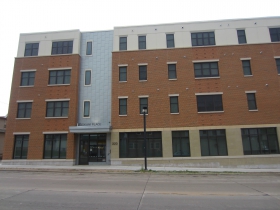 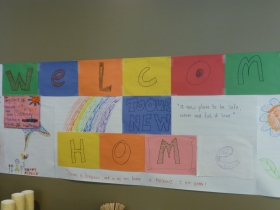 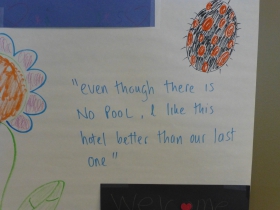 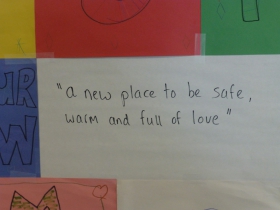 One thought on “Marveling Over Maskani Place”