Baldwin hires expert attorney on these issues. And state board considers Talgo claim. 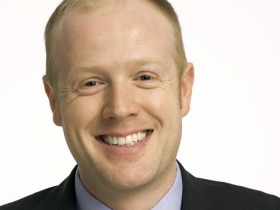 It looks like Wisconsin Senator Tammy Baldwin may have big plans to take on policy issues affecting the ever-more activist LGBT community in the United States.

The Democratic Junior Senator has hired Brian Moulton as Counsel in her Washington, D.C. office and Moulton knows these issues well, having previously served as legal director for the 1.5 million-member Human Rights Camaign [Motto: “Working for Lesbian, Gay, Bisexual and Transgender Equal Rights”]. Moulton joined the $38 million budget advocacy group in 2004 after receiving a 2001 J.D. from George Washington University Law School. He is a member of the Virginia State Bar and the District of Columbia Bar. Moulton is also a member of the GW Law LAMBDA Alumni. He was the LAMBDA Law president during law school, and is a Tennessee native.

Moulton’s work at the HRC involved “issues including employment, health, marriage and relationship recognition and federal tax and benefits,” according to his biography. He “also coordinated HRC’s advocacy efforts as amicus curiae (‘friend of the court’) in litigation affecting the lesbian, gay, bisexual and transgender community.”

This expertise may signal that Sen. Baldwin plans to introduce legislation dealing with some or all of these issues of concern, as well as to have expert guidance as these issues work their way through federal courts. Baldwin, elected in 2012, is the first openly LGBT member of the United States Senate, and gay issues have risen to the forefront nationally, as state after state embraces same sex marriage.

Moulton has been quoted on the subject of gay marriage:”When you have federal district judges in places as diverse as Utah, Oklahoma and now Kentucky coming to the same conclusion, [that marriage bans are unconstitutional] that points to an emerging legal consensus,” Moulton said. “I don’t think it’s shocking that you have attorneys general who are looking at how the law is emerging and are coming to similar conclusions.”

Wisconsin’s Attorney General J.B. Van Hollen is not among his colleagues in this respect. Van Hollen has opposed civil unions on the grounds that they violate the state’s 8-year old constitutional ban on gay marriage, and said in February that he would fight in court to defend the state’s position in a suit brought against the amendment by the ACLU.

But Moulton has said it would be “impossible” to defend laws like Wisconsin’s.

Talgo Trainset Wisconsin may never use.

The Wisconsin Claims Board, the agency which hears claims against the state, met Wednesday April 30th to hear claims ranging from $430.00 to $65,889,158.00. That latter, whopping sum, represents the claim of Talgo, Inc. against the State of Wisconsin Department of Transportation for abrogating its contract to construct passenger railcars in Milwaukee. [See earlier coverage here.] The sum also is 6,588 times greater than the maximum relief of $10,000 the board may grant without legislative approval. Testimony on the subject was taken in closed session, which is standard operating procedure for the board. The board takes its own good-natured time rendering its decisions.

In fact, the composition of the board may be entirely changed by the time it renders a decision on Talgo.

“Generally, the Claims Board is considered a forum of last resort, therefore, other administrative and legal avenues for relief should be pursued before filing a claim with the Claims Board,” we are somewhat discouragingly informed on its website. “However, section 775.01 of the Wisconsin Statutes provides that claims involving contract disputes must be considered by the Claims Board before the claimant can commence a court action,” and this is why Talgo is lined up along with other claimants, including folks demanding relief from damages caused by falling DNR-owned trees and from confiscation by the Department of Corrections of an inmate’s shirts and television. Yes, these are much, much smaller claims.

The board has five members. The Office of the Governor gets a seat, which is held by Scott Walker‘s designee Brian Hagedorn, his Chief Legal Counsel. Mike Huebsch, the Secretary of Administration, is represented on the board by his designee Greg D. Murray, his Chief Legal Counsel. Walker started this whole mess by cancelling the Talgo contract in the first place, so don’t count on a sympathetic hearing by his representatives.

If Walker loses his re-election bid, Hagedorn and Murray would almost certainly be replaced. J. B. Van Hollen has announced that he will not seek re-election, and the choice would be his successor’s to make.

Two members represent the legislature, and both have announced they will not run for re-election. Sen. Joe Leibham [R-9th] will give up his seat to run for Congress in the 6th District to replace retiring Rep. Tom Petri. His was designated for his seat on the board by the chair of the Senate Finance Committee. Rep. Pat Strachota, [R-58], who was designated by the chair of the Assembly Finance Committee, has announced her retirement from elected office.

The Talgo claim should be a piece of cake compared to this one:

Frank Giuffre and his brother Dominic Giuffre, owners of Giuffre Crane Co., and millions of square feet of fully bought-and-paid-for industrial real estate, were awarded $1,090 by the Wisconsin Claims Board.

The Giuffres claimed $6,350 for the value of “pit passes, VIP parking passes and use of a golf cart at two events at State Fair Park in 2012,” according to the board’s decision. The pair claim they have a lifetime right to these amenities at race car events at the park due to a 2005 agreement in which they relinquished control of the trade names, “Milwaukee Mile,” and “Wisconsin State Fair Park Speedway.”

But when Frank and Dominic showed up at the Milwaukee IndyFest event in June and the Howie Lettow Memorial Race in July 2012, there were no pit passes or VIP parking passes awaiting the brothers.

State Fair Park recommended denying the claim, saying that sports attorney Martin Greenberg, who signed the 2005 agreement with the Giuffres, was not authorized to do so, despite being board chair from 2003-2008 during the administration of Gov. Jim Doyle, who wanted nothing to do with the Giuffres.

Furthermore, there was no reserved seating for the brothers at one of the events (General Admission only), and neither the IndyFest nor the Lettow race had VIP parking for them, although the event organizers easily could have arranged velvet ropes and balloons to designate a special spot for the Giuffres near the entrance.

State Fair Park did provide “paddock passes” and [regular] parking passes, and the Giuffres did get their golf cart(s), thank heavens.

The board reasoned that the Giuffres suffered $1,090 in damages during their days at the races, and recommended “that the parties undertake discussions to resolve any future disputes regarding the 2005 contract.”