Why Reform of Unemployment Comp Failed

By Bill Lueders, Wisconsin Center for Investigative Journalism - Mar 27th, 2014 10:04 am
Get a daily rundown of the top stories on Urban Milwaukee

It has the makings of a Greek tragedy, where the flawed protagonist unwittingly becomes the agent of unanticipated disaster.

Last fall state legislators forcefully urged the Wisconsin Worker’s Compensation Advisory Council to rein in related medical costs. These have risen more rapidly in Wisconsin than other states and constitute the lion’s share of payments made under the state’s program for those injured or disabled at work. 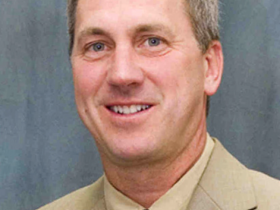 “It is our belief that any council package, at a minimum, should keep Wisconsin’s medical costs from increasing more than the median state average,” declared a Sept. 30 letter to the council signed by nine Republican state legislators including Rep. Dan Knodl, R-Germantown, chair of the Assembly Committee on Labor.

Assembly Speaker Robin Vos, R-Rochester, also decried the rising cost, warning that if the council “can’t reach some consensus, the Legislature might have to act.” That’s an unsettling prospect, especially since this area of lawmaking has operated smoothly for decades with minimal legislative involvement.

Every two years the council, with five voting members from both management and labor, crafts a package of agreed-on changes to the worker’s compensation program. The resulting bill has historically received unanimous legislative support, according to the state Department of Workforce Development.

As lawmakers wanted, the council did address the cost issue, and it did reach consensus. The agreed-on bill, AB 711, which Knodl introduced Jan. 31, directed DWD to establish a fee schedule for services to injured employees. Providers could charge no more than 10 percent above the average paid by state group health plans.

Moreover, the savings would go to increase program benefits. For instance, the maximum for a person receiving permanent partial disability would rise from $322 to $337 a week. Long-dormant rates for some severely disabled workers would also increase. And there would be potential cost savings for employers.

“We were very proud of the process and outcome,” Beiriger says. “We did what was asked of us.”

Enter the medical establishment, for which the fee-structure savings, estimated at $100 million to $200 million a year, would translate into lost revenue.

“When I saw that number, I thought, ‘You’ve got to be kidding me,’ ” says Mark Grapentine, lobbyist for the Wisconsin Medical Society. “How could you think there would not be ramifications to that?”

Grapentine faults the process, saying “Both sides decided to agree on a proposal that has deleterious effects for a third entity that wasn’t at the table: the health care world.”

Bloomingdale disputes this, saying health care providers had numerous opportunities for input, but failed to propose anything that would achieve the savings they felt Republican lawmakers were clamoring for.

The Medical Society and others mobilized against the bill. What ensued was a massive behind-the-scenes clash of special interest titans.

Within two weeks, more than 50 state lobby groups had staked out positions on the bill, about half in favor and half against. Proponents include Manufacturers & Commerce and other business groups, insurers and labor unions. Opponents include groups representing doctors, hospitals and other health care providers.

Faced with this blowback from health care providers, lawmakers brought the curtain down. The normally routine bill appears dead this session, meaning nothing can pass until next January at the earliest. That means no cost savings, no increases for injured workers, no breaks for businesses.

“It really is a shame,” Bloomingdale says. “A lot of people are going to be harmed because this bill was not passed.” Agrees Beiriger, “The only real winners in all this are the medical providers.”

Rep. Knodl, through an aide, declined comment. The council co-chairs vow to keep trying. Says Grapentine, “We’ll see what the bill next session looks like.”

One thought on “Why Reform of Unemployment Comp Failed”