Pleasures From the Potter’s Wheel

Everyday objects can be beautiful.

Such was the philosophy behind the beautiful but utilitarian ceramic pieces created by early 20th century Japanese artists who were part of the Mingei (pronounced min-jay) tradition. The Mingei tradition echoed the ideas of British Arts and Crafts luminaries such as John Ruskin and William Morris through the belief in the possibility, and even necessity, of bringing beautiful objects into the practice of daily life. Mingei artists created handcrafted works with a conscious sense of beauty and craftsmanship.

The Mingei Tradition in the Midwest: Warren MacKenzie and Beyond, which runs through March 30 at the Lynden Sculpture Garden, updates this tradition through American artists like Warren MacKenzie, whose work is the visual and philosophical center point of this compact exhibition. MacKenzie studied with ceramicist Bernard Leach, who has been described as the “Father of British studio pottery.” MacKenzie is now in his 90s and still active in his production of pieces that bear the imprint of tender affection in their delicate articulations. Based in Stillwater, Minnesota, his work as been described as the “Mingei-sota style,” alluding to his influence in bringing the principles of the Mingei tradition to his students and colleagues. The contours of cups and pots are wonderfully subtle, with a sort of quietude in the way they softly bow and bend. Colored with varying glazes, there is an earthy quality where even the brightest pieces suggest the tones of natural pigments.

Randy Johnston was a student of MacKenzie’s at the University of Minnesota, and also studied in Japan with important artists working in this pottery tradition. Though he shares this lineage and philosophy, there is a notable difference in the scale and presence of the larger, muscular pieces on view. Johnston says, “As I work in clay, the reality that is the starting point is the choice to investigate the formal range of the vessel structure in clay, and the belief in the potential that the pieces must entertain, suggest a narrative, and allude to things outside themselves.” Folded Boat Form is a gentle arc of a sculptural form. It might be used for some household purpose, but the scale suggests it’s also an object of admiration in its own right.

Jan McKeachie Johnston presents a selection of vases and ceramic baskets in voluminous and totem-like forms, stacked circles and towers. Pieces such as her Tall Wild Skirt Nuka Basket resonate like dancers with arms upraised. They are not figurative pieces in the least but interact with space in a deliberate way. Typical forms of this type  may be conceived as low slung and rounded baskets, with modest handles. McKeachie Johnston elongates this part, exaggerating the handle into a height that surpasses the body.

Mark Pharis, also a student of MacKenzie, takes an alternate approach, thinking of two-dimensional patterns and geometry as points of inspiration. He describes them, stating, “I want my pots to have that potential to flip or alternate, to appear to be about use at one time, but to be visually independent and clear enough to be other than functional as well.” A collaged cut-out accompanies Pharis’s pieces, complementing the sense of surface design. There is a playful note in his soy bottles, with their angular hoods and bright patina, and his plates are like slightly curved abstract paintings.

The question of how we interact with objects underlies these pieces — the various forms of cups and plates, baskets and tea pots. Dishes are fundamental and ordinary things, often thought about in a most casual way. This exhibition, and Mackenzie in particular, suggest that even the most humble things can be uplifting. They bring a bit of pleasure in life for the sense of craft and connection that comes with handmade items. Form and function, art and utility, are not mutually exclusive, but can be thrown together on a potter’s wheel.

The Mingei Tradition in the Midwest: Warren MacKenzie and Beyond continues at the Lynden Sculpture Garden (2145 W. Brown Deer Road) through March 30.

Celebrate the second year of the unique Waxwing boutique and gallery with new work by Scott Norris, Daniel Rathbun and others, plus life music by the Thriftones.

Top 100 “One Week Paintings” of the Decade

Art Bar brings back artists who have contributed pieces to their ongoing series of one-week painting projects with a retrospective highlighting the past ten years.

The percussive sounds of Painted Caves will ring through MAM’s Windover Hall, using the museum space as “a sonic transmitter in this instance, to broadcast the message that we are refusing any more weather associated with winter in this general region from that Saturday forward.”

0 thoughts on “Visual Art: Pleasures From the Potter’s Wheel” 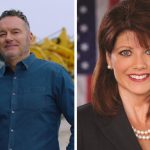