The five-story, 104-unit mixed-use building will have 7,000 square feet of first floor retail.

In November 2013, Wangard Partners officially broke ground on the Avenir, making it the first mixed-use residential development to be built within the footprint of the former Park East Freeway.  The construction site is bounded by N. Jefferson St. on the east, N. Milwaukee St. on the west, E. Ogden Ave. on the south, and E Lyon St. on the north.

The $20.7 million first phase of the development is a five-story, 104-unit mixed-use building, that has 7,000 square feet of first floor retail. BizTimes reported in November 2013 that, a Jimmy John’s and Great Clips have leased a 2,500 square-feet of retail space within the building.

The Avenir is expected to open in September 2014, and our photos show early progress in its construction.

Just west of the Avenir, Mandel Group will break ground on the $53 million third phase of The North End this summer. In addition, as Sean Ryan of the Business Journal recently reported, “Mandel Group Inc. is planning two buildings with a combined 250 apartments in the final phases of its North End development in the Park East, with the first starting construction later this year.”

It looks like it will be a busy year of construction in the Park East, but is there more in the pipeline? We’ll see. 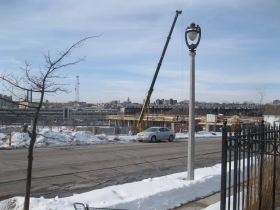 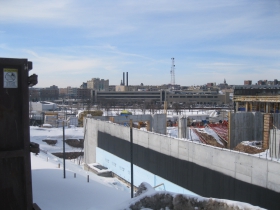 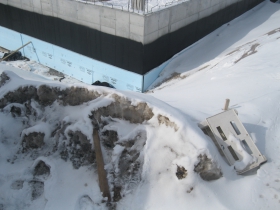 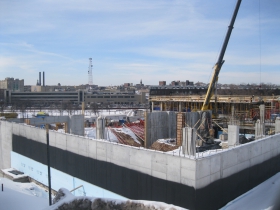 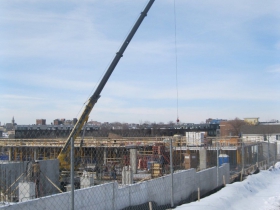 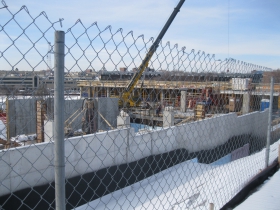