Number released from mental lockup has quadrupled, but officials say risk to residents is low. First of a three-part series.

By Nora G. Hertel, Wisconsin Center for Investigative Journalism - Feb 3rd, 2014 01:00 pm
Get a daily rundown of the top stories on Urban Milwaukee 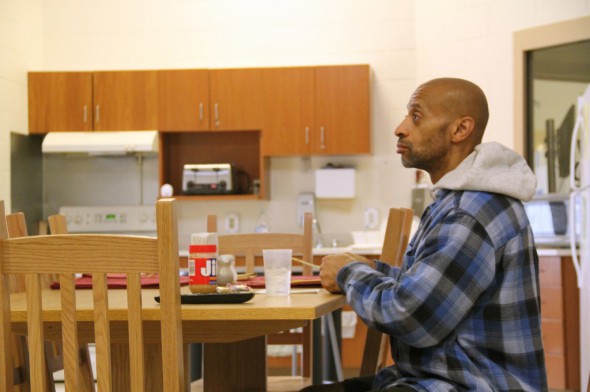 Larry, here at Sand Ridge Secure Treatment Center, left the facility this past December on supervised release. He was confined for 19 years, most of them after he completed his criminal sentence for a sexual assault. He said he considers the commitment law “double jeopardy,” as offenders face a civil trial after they complete their criminal sentences. Sand Ridge officials asked that the Center not publish the last names of the offenders to whom it granted access, due to concerns about medical privacy. Nora G. Hertel/Wisconsin Center for Investigative Journalism

Wisconsin officials have nearly quadrupled the number of offenders released from state custody after they were committed as sexually violent persons.

The risks to residents are reasonable, officials say, because the state’s treatment programs are working and new data suggest these offenders are less likely to reoffend than previously thought.

A total of 114 offenders were released from involuntary commitment from 2009 through 2013,  compared to 31 during the prior five-year period, according to a Wisconsin Center for Investigative Journalism analysis of data from Sand Ridge Secure Treatment Center in Mauston, where the state houses committed sexually violent persons.

Most were discharged with electronic monitors and no further required treatment. But a growing number of these offenders were subject to “supervised release,” meaning they receive intensive treatment and monitoring. 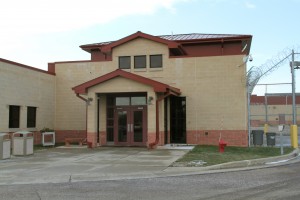 A bill signed into law by Gov. Scott Walker in December will increase the use of this kind of supervision for offenders who are released.

“The increased number of patients on supervised release in Wisconsin does not place communities at greater risk, as long as those patients have been treated and are well-managed,” said Lloyd Sinclair, court assessment and community programs director for Sand Ridge.

Since Chapter 980, Wisconsin’s sexually violent persons law, took effect in 1994, the state has committed about 500 individuals past the ends of their criminal sentences. About two-thirds of them remain confined.

To be locked up under Chapter 980, a person must have committed a sexually violent offense, have a mental disorder and be determined to be dangerous to others.

Wisconsin state psychologists calculate the risk that sex offenders will reoffend based on historical recidivism data. The state had been basing decisions on data from around 1980. Now that the models have been updated to reflect information on offenders released during the 1990s, including a decade of follow-up data, some Sand Ridge patients no longer meet the criteria for commitment, officials say.

“The increasing number of individuals on supervised release is explained, in part, by recent research that has determined that certain types of individuals are less likely to commit additional sexual offenses than had previously been thought,” the audit said. 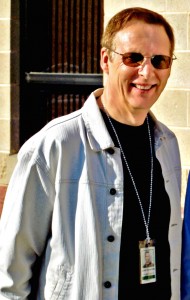 David Thornton, Sand Ridge Secure Treatment Center research director, said major mental illnesses complicate the treatment and release of sex offenders. “There are some patients who are easier to treat, because their problems are mainly sex-offense-related problems, and they don’t have other issues which get in the way of making changes in that area,” said Thornton. Courtesy of Sand Ridge Secure Treatment Center

From 1994 through March 2010, the state discharged 67 sex offenders, the audit found. Of these, 49 had not committed new crimes within three years, the standard for recidivism. Of the 18 offenders who did offend, five were convicted of sex crimes.

Sand Ridge officials granted Wisconsin Center for Investigative Journalism and Wisconsin Public Radio reporters access to Sand Ridge — the first extensive visits by journalists since 2007 — but asked, as a condition of access, that the news organizations identify offenders to whom it facilitated access by first name only.

That is because officials consider the offenders patients, not prisoners. The facility is under the jurisdiction of the state Department of Health Services, not the state’s prison system. Staff members treat the patients in group therapy sessions — unless they refuse treatment.

One of the offenders, Larry, 51, was confined for 19 years, including more than a decade after he completed his original prison term for sexual assault.

But Larry’s time at Sand Ridge is over at last. In December, he was released into Rock County on supervised release, which means he will be monitored and receive ongoing treatment.

“It’s really wonderful to be home, even though I’m on the bracelet, supervised release,” Larry said in a recent interview. “I can’t explain how happy I am about being out.”

“Our patients do see a way out,” said Deborah McCulloch, director of Sand Ridge, where 80 percent of patients participate in treatment. “We have an excellent treatment program and there’s hope.”

David Thornton, Sand Ridge’s research director and a leader in his field, said Wisconsin is part of a national trend, as states are releasing more committed sex offenders compared to the release rates when these laws were first created.

“This may reflect the maturing of treatment programs and the gradual discovery that under the right conditions it is possible to selectively release these individuals without exposing the community to greater danger,” Thornton said in an email.

Chapter 980 has withstood challenges in state and federal court.

Seven state judges deemed the law unconstitutional before the Wisconsin Supreme Court upheld it in 1995. The high court reaffirmed that judgment in 2002. The U.S. Supreme Court ruled in favor of a similar law in Kansas in 1997.

Wisconsin is one of 21 states with laws that allow for the civil commitment of sex offenders after they have completed their sentences. In Wisconsin, the constitutionality of the law depends on the patients’ right to petition for release.

Every patient is evaluated every year, Lloyd Sinclair, Sand Ridge’s court assessment and community programs director, said in an interview. “Evaluation is a huge part of what we do here.”

It is a civil rights issue, Sinclair said. “They aren’t just locked away here.”

Larry was convicted in 1995 of second-degree sexual assault, battery and false imprisonment. He was sentenced to eight years in prison. In 2003 the state committed him as a sexually violent person.

“I was quite angry,” said Larry about his commitment, in an interview shortly before his release. “Being placed under this law, I find it disturbing.” He considers it “double jeopardy.”

On the other hand, he said that he is not against the civil commitment law, but he thinks assessment should be done at the time of the initial sentencing.

Operating the Sand Ridge facility costs the state about $50 million a year. The cost is steep — about $147,000 per patient in fiscal 2014. Keeping a person on supervised release is slightly less expensive, at $119,000.

Some people are not sure the savings are worth the risk.

“We don’t have enough information to say if this program works or if it doesn’t,” said state Sen. Kathleen Vinehout, D-Alma, at a hearing in September 2013 to discuss the audit of the supervised release program. “Is this a good investment of our resources?” 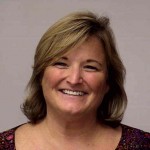 The law passed by the Legislature and signed by Walker last year makes a number of changes to the discharge and supervised release provisions of Chapter 980. It will make it harder for sex offenders to be released without supervision.

“Our view is that supervised release is always preferable to discharge” without additional supervision and treatment, Sinclair said at the September hearing.

Thornton said an updated assessment model will be used to determine the risk of recidivism, which will likely mean that more people will qualify for supervised release.

Psychologists employed by the state to make these annual assessments consider factors including age — as younger men are more likely to reoffend — relationship status, and job experience. The courts ultimately make the decision as to whether a patient can be released back into the community.

The standard for commitment remains the same — whether an individual is deemed more likely than not to reoffend.

Communities and victims often balk at the return of people deemed sex offenders. But there are limits to the state’s ability to lock up people for offenses they might commit.

“It’s a balance between cost-effectiveness and having a safe situation,” state Sen. Robert Cowles, R-Green Bay, said at the audit hearing.

Jill Karofsky, executive director of the Wisconsin Office of Crime Victim Services, part of the state Department of Justice, said her office helps people come to terms with the reality that many offenders cannot stay locked up.

“For people who are victims of any violent offense, especially sexual assault, many of them would feel best if the person who harmed them was locked up in prison forever,” Karofsky said. 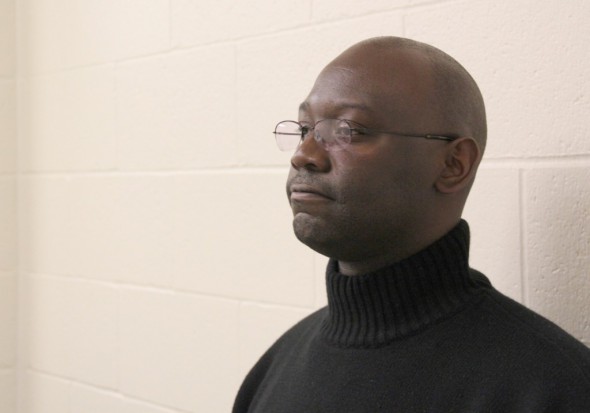 Gilbert, 39, has been in Sand Ridge Secure Treatment Center since 2004. He was convicted as a sex offender in 1994. He is in the last of three phases of treatment in the facility and hopes to transition soon to supervised release. A new law will direct more patients to supervised release, a program that provides ongoing monitoring and treatment for sex offenders in the community. Gilbert says he agrees with that new provision: “I’ll need that help with the transition.” Nora G. Hertel/Wisconsin Center for Investigative Journalism

Help with the transition

When patients are directly discharged, they are released into the community with the required supervision and a GPS ankle monitor. Patients on supervised release get a lot more support, including ongoing treatment and medical care.

Al, a Sand Ridge patient who was placed on supervised release in early 2011, returned for the group interview. “Trying to find work has been very difficult,” he said, as he needs an employer that is both willing to hire a sex offender and to accommodate all of the parameters of supervised release.

Al has worked some part-time low-wage jobs, including a stint as a cook in a halfway house, but nothing steady. Since his release from Sand Ridge, the state has paid more than $230,000 to monitor Al.

Larry’s supervision team has not yet authorized him to reunite with his family or seek employment. He began treatment with a therapist within two weeks of his release.

He keeps himself busy with exercise and religious studies. Despite his strictly limited movement, activities and visits, he feels supervised release is the best option for him after being locked up for 19 years.

“I didn’t want to live on the street or under a viaduct,” Larry said. “I have a support team that is willing to help me get back on my feet, even though it’s a process that I have to go through.”