The Future Rises in the Park East

The Avenir or "future" is a new five-floor, 104-unit apartment building rising before us.

Despite temperatures in the 20s,  the crew from VJS Construction Services was hard at work today on Wangard Partners’ Avenir development.  The Avenir is the first new housing development to be built in the footprint of the former Park East Freeway spur, on a site bounded by N. Jefferson St. on the east, N. Milwaukee St. on the west, E. Ogden Ave. on the south, and E Lyon St. on the north.

The first phase of the project consists of a $20.7 million, five-floor, 104-unit mixed-use building, with 7,000 square feet of first floor retail. In November, the BizTimes reported that, a Great Clips and Jimmy John’s have leased a total of 2,500 square-feet of space within the building. Avenir means “future” in French and the future will arrive in September 2014, when the apartments are scheduled to open.

Just over a month ago the project team held an official ground-breaking ceremony for the Avenir, and our photos show work has continued in earnest. 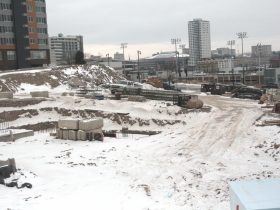 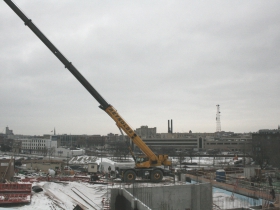 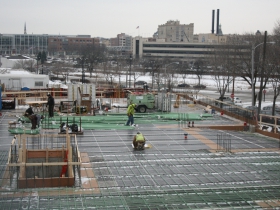 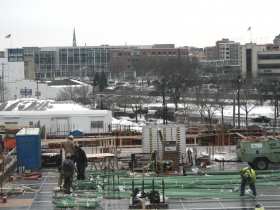 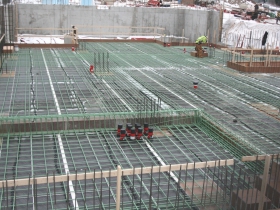 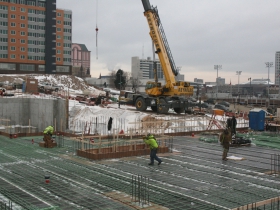 3 thoughts on “Friday Photos: The Future Rises in the Park East”