By Dave Schlabowske, Bike Federation of Wisconsin - Aug 30th, 2013 10:25 am
Get a daily rundown of the top stories on Urban Milwaukee

That’s right, there is a little known rule called NR45 that closes all state trails (with the odd exception of the Sugar River Trail) from 11pm to 6am. This means that technically you can’t ride home on the Hank Aaron Trail after a Brewers game or after your late shift lets out if you work at one of the many bike friendly businesses in the Menomonee Valley. I can’t take the Hank home to the west side after I see a concert in Bay View. 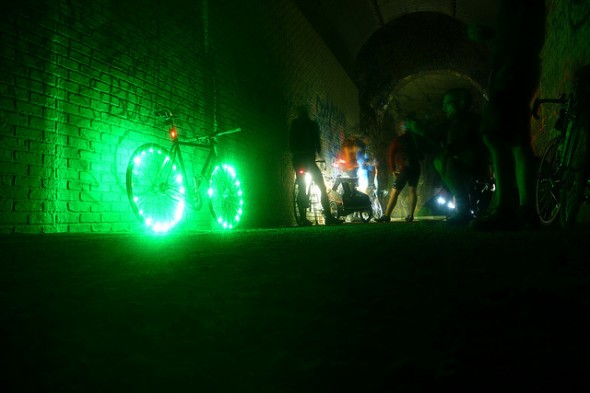 Riders taking a break in the Stewart Tunnel on the Badger State Trail just south of Belleville. Photo by Michael Lemberger

Note I said “technically,” as there are only a few documented cases of people being ticketed ($175), told to get off the trails or asked to get special permits. That said, it is a dumb rule and the Bike Fed wants to change it. So does Bill Hauda, a long-time Wisconsin bike advocate and former Bike Fed board member, who takes part in the annual “Pick Me Up at the Boarder” night ride. The 90-plus mile night ride starts at the state Capitol at midnight. The riders then pedal down to the Illinois border where they meet riders on the Illinois Jane Adams trail to share some “refreshments” and ride back to Madison.  Much of the route is on the Badger State Trail. 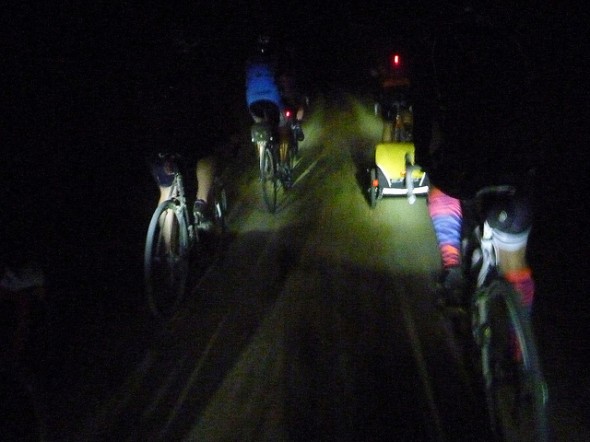 The ride began in 2011 and there have been no problems, but last year the Wisconsin Department of Natural Resources heard about it and because they are bound to enforce NR45, they told the organizers they needed to get permits and contact the land managers before they did the ride. That is akin to WisDOT requiring people to get permits to carpool to Chicago to see the Packers trounce the Bears in a night game.

To their credit, the WDNR has been trying to get the curfew on trails removed from NR45 since 2006, but without success because of bureaucratic red tape. Hauda has not been content to wait for the glacial speed of government to take care of the problem, and he has kept me in the loop about his efforts via email and phone calls. 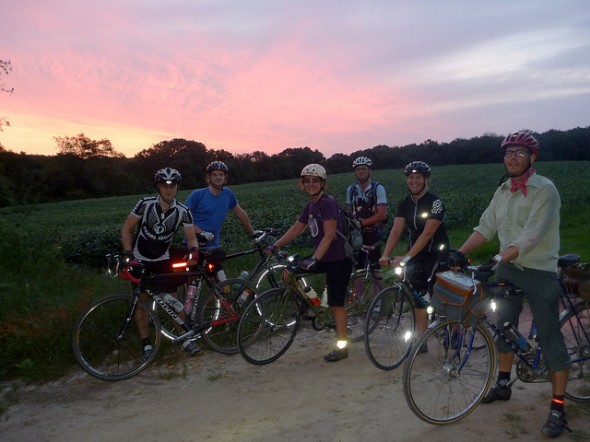 As a member of the Wisconsin Non-Motorized Recreation and Transportation Trails Council and the Friends of Badger State Trail, he got both groups to pass resolutions seeking repeal of the rule. I got this email from him recently:

“By unanimous vote at a meeting in Monticello, the Friends of Badger State Trail today supported repeal of the DNR rule making use of Wisconsin’s state trails illegal between the hours of 11 pm and 6 am. The Friends group joins the Wisconsin Nonmotorized Recreation and Transportation Trails Council and the Bicycle Federation of Wisconsin in backing repeal. Violators are currently subject to a $175 fine for being on the trails during the prohibited period, during which trails are used by many to commute to and from work.” 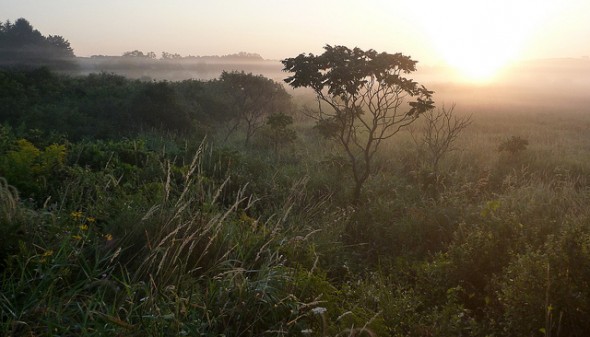 This view is illegal. Photograph by Michael Lemberger.

Even WDNR staff have publicly encouraged The Bike Fed to take up this issue. Brigit Brown, State Trails Manager, was recently quoted as saying “Citizens working with legislators directly could make the change more quickly than going through the process that the department must follow.” Some regional trail managers I have spoken to don’t even know about the rule. Similar local ordinances apply to local trails, like the Oak Leaf Trail in Milwaukee.

With encouragement from WDNR staff and nighttime trail users like Hauda (and myself), the Bike Fed will be talking to our lobbyists to strategize a legislative solution to correct this oversight in state rules. 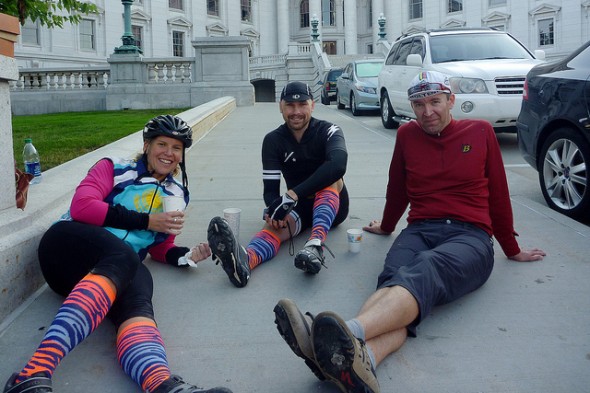 Back in Madison safe and sound in time for morning coffee on the Square. Photo by Michael Lemberger.

Op Ed: Tommy to the Rescue! by John Torinus