It may be one of the dullest, most invisible homes in Milwaukee, and just barely.

Langley, like other elected city officials, must reside in the City of Milwaukee, Act 20 s. 1270 notwithstanding, so where does the man charged with defending the residency law himself reside?

This is a matter for House Confidential to determine.

Since February 1972 — just about the time young Grant F. Langley began his career in the City Attorney’s office — he has lived in a former model home on dead-end, zero-intersection W. Douglas Ave., in the 378-home Park Knoll Estates Subdivision on the far — and we mean far — northwest side of the City of Milwaukee. 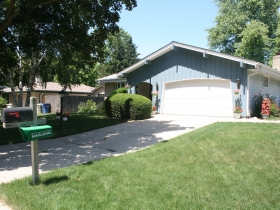 The neighborhood is both defined and isolated by its boundaries. To the north lies W. Mill Road, to the south the railroad tracks, to the east the Zoo Freeway, and to the west the city limits run (underneath the Little Menomonee, which crosses at this point) just 500 feet from Langley’s door.

The subdivision was platted in 1969, when Langley’s 12,234 sq. ft. parcel was still rich, thick Little Menomonee River mud. As late as 1975, the 19.4 sq. mi. river basin was 48% agricultural, so the Langley family moved in when the area was in transition from a rural state to its current one of nothingness.

The City’s zoning code permitted a 3,726 sq. ft. home on the giant site; the structure could be built 40 feet high. But this was not to be, and the Schroedel Company sold this lot in 1969 to Flechner Construction Company which built this 1,491 sq. ft. dwelling as a model home to induce sales. It’s only 14’ high. (Andy Nunemaker has ceilings that tall, and a couple floors above them!)

C. Connors’s $2,550 loss for 17 months of home ownership was Grant Langley’s gain. He’s been domiciled there ever since.

On August 26th, 1988, “Mr. & Mrs. Grant Langley” took out a permit to have “complete vinyl siding” applied to the outside of the 1-Family Ranch-Style Dwelling and attached 435 sq. ft. garage. No more carrying paint buckets for the second-term city attorney.

On November 28th, 1990, a city assessor entered a note in the Langley home file: “noted central air conditioning unit at this address while inspecting house next door.” Up went the assessment the next year, and ever since, for this amenity. [House Confidential will finish this article before we ask for a City Attorney’s opinion as to whether a central air conditioning unit installation permit was required in 1990, but we didn’t find one on file.]

How Milwaukee Is It? It is 16 miles to City Hall by car. 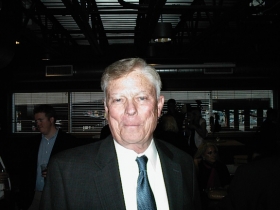 Grant F. Langley, Marquette University Law School, ‘70, has spent his entire career in the office he now runs, first as an assistant city attorney for 13 years, and since 1984 as Milwaukee City Attorney, to which he has been elected every four years since. He has 62 employees and a 2013 budget of $7,472,224. The main job of the city attorney is to protect the city’s interests as lawyer for the municipal corporation. This duty has many facets, including litigation, collection of fees and fines, and prosecution of municipal cases including those involving problem landlords.

He is the eighth person to hold this office in the past 100 years, when it was used as a springboard to the mayoralty by Daniel Webster Hoan in 1916. With 29 years of service under his belt, Langley is also the longest-serving.

Previous former holders of the position include Ashael Finch, Jr., founder of Foley and Lardner, (1849), abolitionist Henry L. Palmer, later president of Northwestern Mutual Insurance Co. (1851), and Arthur McArthur Sr. (grandfather of Douglas), who served in the position in 1852, and was later Governor of Wisconsin for 4 eventful days in 1854.

Other than those guys and Hoan, who served as Mayor for 24 years, the city attorneys of Milwaukee have seemed a rather low-key group, especially compared to those headline-grabbing District Attorneys. Langley is no exception, and newsy biographical bits about him are hard to come by. His character defies the anecdotal.

Over the years Langley’s name has occasionally popped up as a possible candidate for mayor, but the city attorney himself has never seemed very interested. After all, his job and not insignificant salary (currently $145,636) seemed all but guaranteed. For 20 years Langley faced no opponent and when he finally did, in 2004, it was onetime county supervisor Fred Tabak, who was unable to mount much of a campaign. Tabak did charge that Langley had too many assistant city attorneys on the payroll, but the voters offered something like a collective yawn in response,  as Langley garnered 63 percent of the vote over Tabak’s measly 36 percent.

Although Langley’s career has certainly been stable, as has been his residence, his office life has been somewhat transient. The City Attorney’s mailing address is the 8th floor of City Hall, 200 E. Wells St. But the postman and the bike messengers know that Langley’s office has been located in the Frank Zeidler Municipal Building for at least 7 years.

Langley’s website excuses the current address as being “due to construction at our City Hall office” but no construction appears underway — or in the city’s budget. 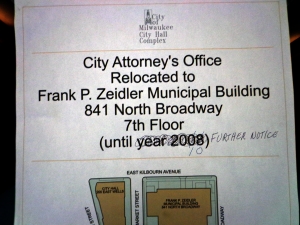 A yellowing sign on the door on the 8th floor of City Hall says that the City Attorney will be operating out of the Zeidler building “until 2008.” This was crossed out and replaced with “until 2010,” and finally now reads “until further notice.”

For a guy charged this month with defending the Constitution of the State of Wisconsin from attacks on its Home Rule clause as pertaining to City of Milwaukee residency requirements, Langley is sending some mixed signals.

While the mayor has instructed city department heads to terminate any employee who moves out of the city, Langley sent this memo to Milwaukee Public Schools Superintendent Gregory Thornton on July 11th, 2013:

”All MPS employees (whether certificated, classified, or exempt) are … allowed, as of July 2, 2013, to live outside the City of Milwaukee without risk of disciplinary action (i.e., termination).”

We’ll see how this plays out in court. 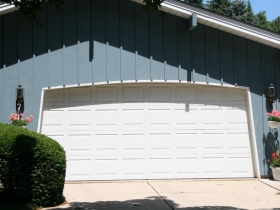 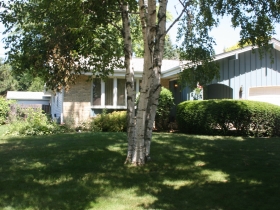