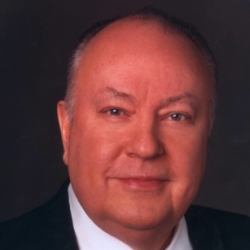 Milwaukee’s Bradley Foundation handed out four $250,000 checks earlier this month. You can be certain the recipients did not need the cash, but it was a thoughtful gesture anyway.

The million dollars was awarded to the recipients of the 2013 Bradley Prizes, now in its tenth year.

The Bradley Foundation doesn’t get the press of the Koch Brothers, but it is a far greater funder of conservative causes.

The annual tribute to all things conservative took place at the Kennedy Center in Washington, DC June 12th, with former prizewinner George F. Will serving as the master of ceremonies.

The lucky four were Bush Solicitor General Paul D. Clement, who was paid $1.5 million by the House of Representatives to defend the Defense of Marriage Act (loser!); former Indiana Governor Mitch Daniels, who now makes $420,000 as President of Purdue University and had a net worth of over $10 million a decade ago; Yuval Levin, founder of National Affairs Quarterly; and Roger Ailes, the head of Fox News who made $21 million last year.

Ailes said he would donate his earnings to an unnamed senior citizens charity, and match the sum out of his own pocket.

He gave a speech that was “red meat” to the conservatives gathered for the event, including Rep. Paul Ryan. Here is a sample of what passes for contemporary conservative rhetoric:

“We must stop waving our extended arms in an effort to balance ourselves as we tiptoe along the edges of the Constitution in an effort not to upset weak-kneed appeasers with our unflinching belief in the ideas that made our country different and, yes, great.”

“We’re in a storm, the mast is broken, the compass is off , and there’s a damn big hole in the boat. We have allowed ourselves to be manipulated by others, many of whom want to impose their culture and laws under the manufactured utopian idea that all cultures are equal and most of them are better than America.”

Ailes also promised to “defend God, Country and Family … with my life.”  A-OK, Roger, Over and Out.

The Governor of Wisconsin has vast veto powers, so we never really know what legislation will look like until he’s done scratching through his copy. But we do know that legislation in the Budget Bill will restore commercial bail bonding in Wisconsin courts. With the bail bondsmen will also come bounty hunters and God knows what other unsavory characters.

Wisconsin is one of four states — along with Illinois, Kentucky and Oregon — to have done away with bail bonding.

As Bruce Murphy noted in his Urban Milwaukee story, there is nobody in the criminal justice system in favor of returning to a commercial bonding system with the exception of the bondsmen themselves.

The outrages perpetrated by this industry are considerable and well-documented. Among them: bondsmen seek high-profile, high-bond cases for their higher premiums, leaving poor defendants in jail; bondsmen have been convicted (along with judges) for influencing bond decisions; bondsmen act as loan sharks advancing money for bond premiums. And although the bondsmen go after defendants who skip on their bonds, nobody seems to pursue the bond companies who stiff the courts — to the tune of $100 million in California alone.

The bond bill erases the work of Fred Kessler, the legislator who introduced the reforms in an earlier stint in the assembly in 1979. He has said quite simply that commercial bail bonding will lead to judicial corruption, and remembers instances from his time on the bench when bondsmen would buy lunch or drinks for judges and court officials.

Spike Bradford, a Senior Research Associate with the Justice Policy Institute tells Urban Milwaukee: “With all the research showing the benefits of pre-trial services programs and the harmful ineffectiveness of for-profit bail bonding, Wisconsin’s move to reinstate commercial bail can only be seen as a victory of profit over justice. We know that bondsmen make decisions based on their potential profit, not community safety or other social considerations. We also know that for-profit bail bonding survives—or in Wisconsin’s case, has been resurrected—through the lobbying and campaign donation efforts of big business. Commercial bail is, after all, a multi-billion dollar insurance business with no legitimate connection to a safe and fair criminal justice system.”

He also told Urban Milwaukee that he is concerned that in future judicial races the bonding companies could put money into campaigns of candidates who support commercial bail bonding (or oppose those who are against it.)

This would “infest our judicial elections with yet another special interest group,” he said.

Below are excerpts from the Enrolled 2013 Assembly Bill 40 (budget) relating to bail bond agents and bail recovery agents.

Rep. Josh Zepnick will host a fundraiser at Royal India Restaurant, 3400 S. 27th St., on Thursday, May 2013 at 5 p.m. Zepnick has had a history of holding events at ethnic restaurants in his district, which is filled with them. No contributions from lobbyists or PACs, but you know the loopholes around that … If the Royal India Restaurant seems a bit foreign to you, perhaps your Thursday plans could instead include a visit to the home of Ted Kellner, at 5112 W. Highland Road, Mequon. His guest will be Gov. Scott Walker, whose campaign has pocketed at least $95,000 in donations from Kellner, with more on the way. You can be a Platinum Host for $5,000 or attend as a couple (and we presume not a gay couple) for $250. … One coming event I would like to see is the introduction of legislation repealing Wisconsin’s anti-gay constitutional amendment passed in 2006. Even if the bill has no chance of passing this legislature, it will put supporters and opponents on the record and keep the issue in the polls and the public consciousness. The supreme court ruling striking down DOMA should be a spur to some adventurous legislators to get this issue out there.

The Milwaukee County Historical Society has named Donors Forum head Deborah Fugenschuh as its new executive director. She replaces Scott Muir Stroh III who came on board in mid-2011. He is off to Virginia to run Gunston Hall, the home of patriot George Mason. In 2011, the latest year for which information is available, Stroh made $41,720 for his partial year, while board president Randy Bryant took home $56,000 for his services as acting director while the search was on. (Bryant was appointed last year to run Ten Chimneys). In the past couple of years the historical society’s beaux-arts building has been extensively remodeled in the interior, and really no longer feels anything like a museum. But it is a lovely place for weddings, or to shoot a movie. The new director, who was paid $115,960 in 2011 to run the Donors Forum, will face a fundraising challenge to restore the crumbling parapet of the building, which has been wrapped in fabric for a year.  … This is the second historic organization news of the week. Historic Milwaukee Incorporated announced the departure of its head, Anna-Marie Opgenorth, who injected new energy into the group over the past 6 years. She was paid $40,000 a year as executive director.