By Bill Lueders, Wisconsin Center for Investigative Journalism - Jun 19th, 2013 02:40 pm
Get a daily rundown of the top stories on Urban Milwaukee

Two years ago, the state Legislature moved to sever the University of Wisconsin’s ties to a provider of Internet service. Now some lawmakers are outraged that the UW System has picked this same provider to continue serving its campuses.

“There have been repeated, flagrant violations of state law, intentional deception at a level that I just am flabbergasted by, even today, and no accountability for it whatsoever,” said state Rep. Dean Knudson, R-Hudson, at a recent budget committee hearing. 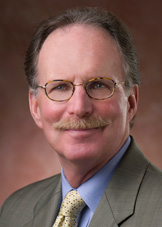 Kevin Reilly, President of the University of Wisconsin System. Photo from UW System .

In a May 23 letter sent to UW System president Kevin Reilly, state Sen. Paul Farrow, R-Pewaukee, accused UW officials of “mismanagement and unethical behavior,” saying they’d shown disdain for the Legislature and contempt for the laws and directives it passed.

At issue is the UW System’s relationship with WiscNet, a membership-based nonprofit that provides Internet services to UW campuses, school districts, local governments and others. Its staff includes UW employees and its operations are integrated with those of the UW, according to a state report.

The Wisconsin State Telecommunications Association, representing mostly rural providers, believes this arrangement violates a 2005 state law that bars the UW from competing with private sector telecom providers. The UW argued that this provision didn’t apply, because WiscNet was a separate entity.

In 2011, the Legislature’s powerful budget-writing panel made the prohibition more explicit. The UW was directed to comply by July 1, 2013.

This prompted Ed Meachen, UW System associate vice president for learning and information, to suggest it was “time to vote the governor and Legislature out of office through a grassroots campaign,” according to an email obtained by WSTA.

And WiscNet executive director David Lois, in a December 2011 email, said he was “okay with saying WiscNet is going out of business for hyperbolic impact in some venues,” even though “we are a strong and viable nonprofit business.”

Lois, in an interview, says he was trying to convey that WiscNet needed to be careful about what it told customers about the possible harm from this decision.

Last December, the UW put out a request for proposals for a multi-campus Internet provider. On May 22, it announced its pick: WiscNet.

The UW, in a statement, called the procurement process “open, rigorous and competitive.”

But Bill Esbeck, WSTA’s executive director, calls it “bogus from the start.” He says the process was rigged to favor WiscNet: “The UW simply created an RFP that matched what WiscNet was already doing.”

On June 6, both losing bidders, AT&T and CenturyLink, filed formal protests. They allege that the new arrangement continues to violate the state law, by letting WiscNet use the UW’s infrastructure as it competes with commercial providers.

Darrell Bazzell, the UW-Madison’s vice chancellor for finance and administration, insists “our assets and our fiber cannot be used” by WiscNet to serve its other customers. He says UW officials no longer serve on the WiscNet board and are being phased out from working at WiscNet.

Contract details, including the amount the UW System will pay, are still being negotiated. Lois says WiscNet is “trying to be as cost-competitive as possible.” In 2010-11, UW institutions paid WiscNet about $2 million, according to a Legislative Audit Bureau report.

That report, released last December, identified $2.3 million in improper excess payments from the UW System to WiscNet, ostensibly for future years. But it also found that WiscNet charged substantially less than commercial providers.

Reilly, in an accompanying letter, warned that the Legislature’s action “will result in multi-million dollar increases in network costs.”

Farrow’s letter asked Reilly specific pointed questions, including what repercussions would ensue if the UW “signs an illegal contract with a vendor.” Farrow’s office says Reilly has not yet responded. An aide says Farrow hopes to hold a legislative hearing on WiscNet in late June or early July.

One thought on “Legislators Blast UW Yet Again”