The Milwaukee Pride Parade delighted attendees with colorful floats and lively music on Sunday afternoon. From drag queens to volleyball teams, people of all walks of life made the low-budget parade a high-energy success. The parade was well attended with an audience made up of the LGBT community, neighbors, parade enthusiasts, and a few confused area bar patrons. In the end it was quite similar to a lot of other downtown parades, just a bit more colorful.

As my colleague Michael Horne noted in his weekly Plenty of Horne column, no parade in Milwaukee has a gayer crowd or straighter route. I would add that I don’t think there is a parade where both those in attendance and in the parade seem to be having so much fun (the later 2:00 pm start time certainly helps).

Our photo gallery joins the parade in progress. 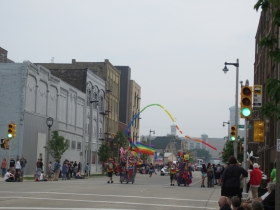 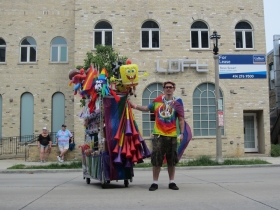 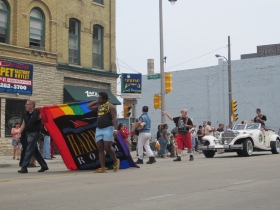 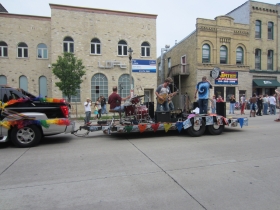 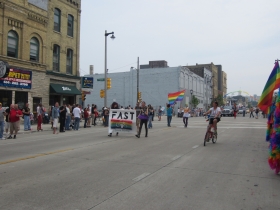 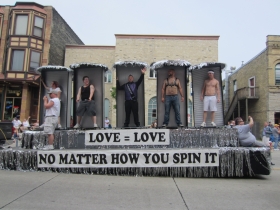