The elections bill will suppress voting by average folks while giving corporations and lobbyists more clout. 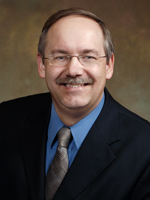 Last year, Gov. Scott Walker and Republican legislators announced their support of a bill that would prohibit same-day registration for new voters. The state Government Accountability Board, whose staff oversees elections, then did a report estimating the changes it would require could cost $5.2 million and Walker backed off.

Now Republicans are championing a new bill to radically change how elections are done in Wisconsin and they are fast tracking it. It was introduced on Friday and an assembly vote on it is expected on Thursday. A cynic might say the goal is to prevent any estimate of the bill’s cost or its impact on municipal and county clerks who handle elections.

“This bill is a mess,” says Andrea Kaminski, President of the Wisconsin branch of the League of Women voters. “It has huge implications for voters and it is moving so fast.”

GAB executive director Kevin Kennedy was out of town but one of his staff read his prepared remarks yesterday to the legislative hearing on the bill. “Our main message to the committee today is to please slow down,” he wrote. “This legislation addresses some significant policy areas of election and campaign finance administration that would benefit from a more thorough vetting, involving input and discussion from people across the state, including county and municipal clerks. Frankly, our staff has not had enough time to fully analyze the operational changes this legislation proposes, let alone develop a fiscal estimate of their impact on the budgets of the State and local governments.”

Among the most egregious of the bill’s many provisions would prevent cities like Milwaukee from allowing voting on weekends during the two weeks now allowed for early voting. Republican state Rep. Jeff Stone (R-Greendale), who introduced the bill, said that people in rural areas often don’t have the opportunity to vote on weekends because clerks work part time.  “This is just an attempt to kind of try and level the field,” he told the Milwaukee Journal Sentinel. “It makes it more standard.”

But there has been no outcry from rural areas saying their voters haven’t been able to get to the polls. And if there had been, that would would be a reason to seek a solution to that problem, as the goal in a democracy has always been to encourage as many people as possible to vote.

Stone, instead, is using this as an excuse to prevent city residents from voting. “This does not treat all voters equal,” says Kaminski. “In some smaller municipalities a clerk serves hundreds of voters. In others they serve thousands of voters.”

The lines to vote in Milwaukee for some elections are already long, which can discourage voting. Cutting back early voting will exacerbate this problem. It’s quite likely the only result of this provision will be to reduce the turnout in cities, which vote heavily Democratic. It will make it impossible for inner city churches to organize their weekend get out the vote or “souls to the polls” campaigns, which helped increase the city’s turnout in the 2012 presidential election.

Stone’s bill would also allow ballots to be thrown out during recounts for voters who did not sign the poll book when they voted. But since there’s no way to know which votes were cast by the people who didn’t sign the poll book, the clerks would be required to choose some votes at random and invalidate them. Since the overwhelming majority of voters would have signed the poll books, the likelihood is that legal votes will be tossed out.

“This is most likely a poll workers error, when someone doesn’t sign a poll book,” Kaminski says, “but it will disqualify a voter.”

County clerks testified before the legislature, saying they were not comfortable with handling the problem this way.

Once again these disqualifications are more likely to happen in cities. where you have long lines and voters have to be processed very quickly, and errors by poll workers are more likely to occur. The obvious solution is to increase the early voting hours to make sure all voters can vote and votes are recorded correctly. This bill will instead increase the pressure and chaos in cities, thus leading to the disqualification of more votes.

Stone’s bill also seeks to find a way around the court decisions that have blocked a law requiring photo ID. Most states that have photo ID allow voters lacking it to sign an affidavit swearing they are not falsifying their identity. Instead of using a simple procedure like this, Stone’s bill would require anyone lacking a photo ID to explain why they didn’t get it, for instance signing a statement saying they could not afford to pay for a photo ID. But they would also be required to swear this verbally — essentially announcing their poverty — before the clerk as well.

“That’s something they have to do in front of their neighbors,” says Kaminski. “It’s humiliating. It separates people by class. Voting is supposed to be the one time where we all are equal.”

Republican Assembly Speaker Robin Vos contends the person need only swear that their affidavit is accurate. But they’ve already signed a statement saying this, which would allow for prosecution should they be lying about their identity. And why is any voter required to explain why they couldn’t get a photo ID? The original goal of photo ID was to assure a person’s identity, not punish them for lacking it.

The bill would also require the panel of Appeals Court judges who nominate retired judges to become possible board members of the Government Accountability Board to double the number of nominees provided to the governor. In short, this will give Gov. Walker more leeway to shop for candidates who might be sympathetic to Republicans.

It’s worth noting that the GAB board already has a majority of members who began their careers as judges after appointment by a Republican governor. Yet Republicans have bitterly complained about its decisions in overseeing elections and wanted to find a way for Walker to reshape it. This bill could help accomplish that goal.

The proposed bill would also allow corporations to contribute to political candidate and would extend the window for lobbyists to donate to legislators’ campaign committees. It will also bar any recalls of local candidates unless elected officials have been charged with a crime or ethical misconduct.  Across the board, it reduces grass roots democracy while increasing the power of big monied interests.

And why the haste to pass the bill so quickly? Republicans say it has to passed by the time the Assembly finishes its work this term on June 30th. But that’s still 25 days from now. And why was the bill introduced so late?

This was one of the first — if not the first — bills Republicans started working on as soon as the November 2012 elections were over. The liberal group One Wisconsin Now reviewed legislative drafting records and found that on November 8th 2012, just two days after the election, “a handwritten note associated with the draft of the provisions noted that Milwaukee allowed early voting on weekend and the intent of the bill was to eliminate it.”

The drafting notes also suggested that the work on Stone’s bill “was carefully overseen by Assembly Speaker Robin Vos’ office,” the group’s analysis noted. “Vos was given explicit permission to review preliminary drafts… In addition, there is extensive correspondence between Vos’ staff and legislative attorneys drafting the language of the bill, giving directions and making modifications to the legislation.”

Yet Stone didn’t introduce the bill until late in the afternoon on the Friday before Memorial Day. The bill was quickly rushed through the legislative process while much of the public and media attention was focused on the biennial budget. Thus the big headline in the Milwaukee Journal Sentinel this morning was on the budget bill’s passage. The legislative hearing on the elections got scanty coverage.

Kaminski believes most people wouldn’t support the bill if they knew what was in it. Odds are they still don’t.