From new buildings to riverwalk improvements, lots of changes are underway.

The second phase of Mandel Group‘s The North End project is nearing completion.  The project is made up of two mixed-use residential buildings, Portrait and Silhouette, a riverwalk segment, a public plaza, and a new street. While finishing details are still being completed on Portrait, the 55-unit apartment building on the corner of N. Water St. and E. Pleasant St., it has opened to residents, as is evident by the furniture on some of the balconies and a large sign stating “luxury units now available.”  Silhouette, the 100-unit apartment building along the Milwaukee River, is unfinished but Mandel Group is pushing for a June, 2013 opening.  The new riverwalk segment and street which run between Silhouette and the Milwaukee River are also nearing completion.  The new public plaza, Denim Park, is under construction and should be open by mid-July. 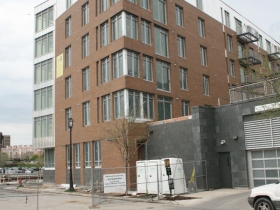 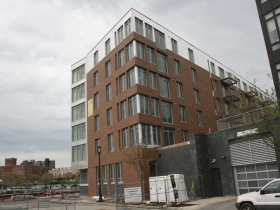 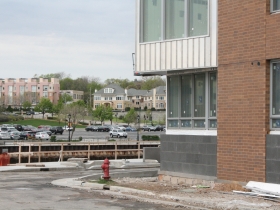 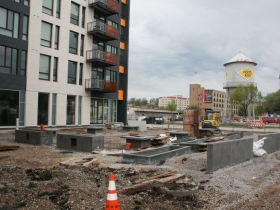 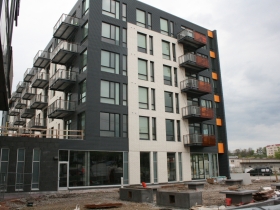 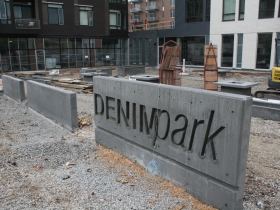