South Siders Concerned about I-94 Changes 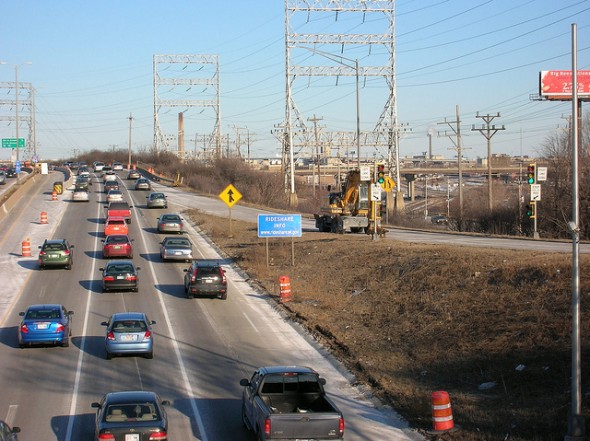 Cars drive past the 35th Street interchange, temporarily closed for restriping, on I-94 at rush hour. (Photo by Amalia Oulahan)

Some of the more than two dozen South Side residents who met recently with representatives of the Wisconsin Department of Transportation expressed concerns about proposed changes to I-94’s freeway entrances and exits at 26th and 35th streets.

“These are longstanding access points into our neighborhood. The possible impact seems huge,” said Katie Liesch, who lives in Milwaukee’s 53215 zip code area and attended the meeting at Ascension Lutheran Church with her family, including her three children. “I don’t think it’s worth it.”

All four options under consideration aim to limit weaving traffic and bottlenecks, as well as improve sight lines on I-94 for safer driving.

DOT is researching improvement plans for the I-94 east-west freeway corridor from 70th Street to 25th Street, and the Stadium Interchange. The “East Leg” of this project includes the entrances and exits at 26th and 35th streets, which serve Layton Boulevard West, Merrill Park and other neighborhoods. 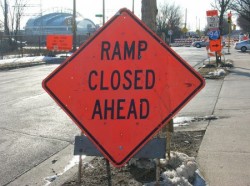 One option calls for eliminating the 35th Street interchange, which is temporarily closed now as part of DOT’s ongoing restriping project.

According to DOT Project Manager Jason Lynch, who presented the four options, this aspect of the plan has received the most community feedback. In other meetings, representatives from Merrill Park and Marquette High School voiced similar resistance. Lynch also said community members have emphasized the importance of maintaining east-west continuity on St. Paul Avenue. According to Lynch, major freeway changes, like those being researched now, can remain in effect for 75 years or more.

There are three options under consideration that do not involve closing an exit or entrance: adding collector-distributor roads running alongside the freeway between 25th and 35th streets, building braided ramps at both interchanges to separate traffic entering and exiting the freeway, and using frontage roads to allow 26th and 35th streets to share one interchange.

State Rep. Josh Zepnick, whose 9th Assembly District constituents live in the area to be affected by the DOT project, encouraged DOT representatives to explain the different options from the motorists’ perspective, to help the public visualize them.

Other neighbors asked questions about plans for decreasing traffic on Miller Parkway, the project’s potential impact on area trucking traffic and the potential for changes to local city streets.

Jezamil Vega-Skeels, a neighborhood planner at Layton Boulevard West Neighbors who helped organize the meeting, said she was impressed with the varied turnout for the discussion. Attendees included area business owners, parents and neighbors.

Unlike meetings held with representatives from Marquette High School and other more narrowly defined groups, “This is not an institution; this is the community,” said Vega-Skeels.

Liesch said she felt it was important to attend the meeting because of her sense of community.

“We live in a really diverse neighborhood, and I have read about how Milwaukee is one of the most segregated cities in the country,” said Liesch. “I feel like cutting off any access points would just make that type of segregation easier.”

To gather more feedback, DOT representatives collected comment forms at the end of the meeting.

The environmental study phrase of the project is expected to continue until fall 2014. Then, the design phase will begin in early 2015. Another community meeting is planned for May, where attendees will be able to view 3-D renderings of the options to provide further input.