“Underneath the Lintel” a majestic, multilayered story

The first thing you notice about the strange gentleman who stumbles onto Milwaukee Chamber Theatre’s black box studio stage is that he never stops moving. He twitches, paces, spins, gestures, moves for his chair and then darts away to scribble something else on the blackboard. It’s a restlessness that is – well, it’s tragic, really, but you won’t know that for a while.

This man has no name but the Librarian, and it’s James Ridge who has the honor of filling his shoes in Milwaukee Chamber Theatre’s production of Glen Berger’s Underneath the Lintel. Or, more accurately, it’s we who have the honor of watching Ridge fill his shoes, for Lintel is one of those so rare, so splendid shows where you realize the reason you can’t decide if you love the play or the player more is because they’re both so fantastic.

Ridge proves it first. He’s not onstage more than an instant before you like his character, an eccentric Dutch librarian with a delightful gift for mimicry and a savant-level memory for dates. He’s here for a one-night-only presentation detailing the quest that has consumed his life: hunting down the owner of an overdue library book. Silly-sounding, except the library book is 113 years overdue, with a claim ticket for a Chinese laundromat from 1913, allegedly left by a man who listed an 18th century noble as his only friend in London…

It’s all either coincidence or clues, and the Librarian takes the latter approach. So do we, thanks to Ridge’s dedicated intensity. The Librarian is a doubter at first too, you see, but as his compulsion and convictions grow, so do ours.

The Librarian’s quest for the overdue travelogue’s owner takes him on an adventure across the world, but also exposes some of his life’s disappointments, formerly kept close under emotional guard.

And as we gallivant across Europe and the world – secondhand, with the help of slideshows, but Ridge’s descriptions make you feel like you’re traveling in real time nonetheless – you begin to see the beauty of what Berger has given us. Just as each of the Librarian’s bits of evidence, individually tagged, follow one after the other, little bits of the play keep interlocking, stray mentions of this or that resurfacing where you’d least expect them. It best resembles the musical concept of leitmotif, where phrases recur throughout a piece, in various configurations, to further establish their importance – and almost every time a leitmotif returns, it adds to Lintel’s depths.

Berger’s puzzle itself is worth admiration too. The Librarian turns out to be following (allegedly) a mythical figure known as the Wandering Jew, cursed to walk the earth without rest for not letting Jesus rest a moment on his step while he was being taken to Golgotha. Such a premise seemed hackneyed at best walking in, but Berger does not limit his plot to a mere hunt for this man. In fact, more and more, the play seems to suggest the Librarian is at least in part projecting the failures of his own life – most notably, a similar rejection, of a woman who turns out to be the only one he ever loves – into his quest, seeking the Jew as a means to prove the existence of God and that life has purpose.

It’s in exploring that subtext – where the Librarian tells us a story we don’t even realize he’s telling – that Underneath the Lintel is at its best, and Ridge too. It’s hard to overstate how effective his portrayal is to driving home Berger’s philosophical and emotional arguments, or to overstate the brilliance of C. Michael Wright in choosing him for the role. We walk out of Lintel with a great many mysteries running through our heads, but perhaps the most troubling is the question of when we’ll see something this subtly majestic again.

0 thoughts on ““Underneath the Lintel” a majestic, multilayered story” 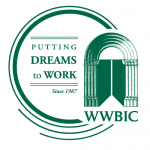