By Bill Lueders, Wisconsin Center for Investigative Journalism - Feb 13th, 2013 09:59 am
Get a daily rundown of the top stories on Urban Milwaukee

On Tuesday, Feb. 19, Wisconsin will hold a primary election for state Supreme Court, narrowing the field from three candidates to two. Then the race will begin in earnest.

Justice Patience Roggensack, who has already served one 10-year term on the state’s highest court, is expected to survive the cut. Her challengers are Ed Fallone, a Marquette University Law School professor, and Vince Megna, a Milwaukee lawyer specializing in suing auto companies. The general election is April 2.

But the biggest players may be outside groups like the conservative Wisconsin Manufacturers & Commerce, which spent more than $5 million on the past four state Supreme Court elections combined, and the liberal Greater Wisconsin Committee, whose total topped $4 million.

In three of these elections — 2007, 2008 and 2011 — the nonpartisan Wisconsin Democracy Campaign estimated total spending at or near $6 million, with the majority coming from outside groups.

The remaining election, in 2009, was a relatively low-spending affair: only about $2.2 million. But it was nonetheless a blowout. 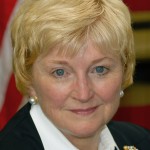 Chief Justice Shirley Abrahamson spent nearly $1.5 million and drew $465,000 in support from the Greater Wisconsin Committee. Her unsuccessful challenger, circuit court Judge Randy Koschnick, spent less than $200,000 and was largely ignored by outside conservative groups, which apparently calculated that the well-known Abrahamson, on the bench since 1976, could not be beat.

But Roggensack, a former appeals court judge who narrowly won election to an open seat in 2003, may face a tougher fight, as did Justice David Prosser in 2011. While incumbency remains a powerful advantage, anger toward Republican Gov. Scott Walker has translated, fairly or not, into opposition to court conservatives.

Roggensack’s foes, as well as her supporters, will likely respond to her perceived vulnerability by digging deep into their coffers. Already, the conservative Wisconsin Club for Growth has been airing pro-Roggensack ads, buttressing her own early ad campaign. All signs point to another jaw-dropping spend-fest. 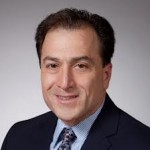 Fallone, meanwhile, is linking Roggensack to the discord and dysfunction that have sullied the court’s reputation. He’s blamed Roggensack for feuding with Abrahamson, blocking discipline against fellow Justice David Prosser and closing court conferences to the public.

Megna identifies himself as liberal, and a Democrat, an unusual stance for someone seeking nonpartisan office. He deserves points for candor, even if he may lose some for not always knowing what he’s talking about, as this column has reported. 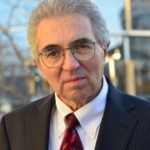 Fallone eschews labels, saying he will decide cases “solely on the law, and without regard to politics or personalities.” Roggensack, who is making experience the key issue of her campaign, says the same thing: “I have fairly and impartially applied the law, as the facts of each case have required.”

The irony is that much of the monetary support for Roggensack and her general election challenger will come from people who don’t believe these statements at all. They’ll be giving to back the court candidate they feel will best represent either a liberal or conservative ideology.