A Solution to Our Billion-Dollar Democracy

By Bill Lueders, Wisconsin Center for Investigative Journalism - Jan 30th, 2013 09:30 am
Get a daily rundown of the top stories on Urban Milwaukee

During a recent news conference at the state Capitol, Lisa Graves, executive director of the Madison-based Center for Media and Democracy, made an astonishing claim.

The Jan. 22 event, before a mostly empty room, highlighted a new report tracking spending in the 2012 elections, the first since the U.S. Supreme Court’s 2010 ruling in Citizens United. That ruling, which equated money with speech and barred government from restricting “independent” spending on political campaigns, opened two new floodgates: super PACs, which can raise and spend unlimited sums, and nonprofit groups that don’t disclose their funding sources.

The report, “Billion-Dollar Democracy,” was produced by two national nonpartisan groups, Demos and U.S. PIRG Education Foundation, and was released here by the Wisconsin Public Interest Research Group, or WISPIRG. Among its findings:

“Political power in America is concentrated in the hands of a wealthy and shrinking minority of the population, threatening our democracy,” Joe Rasmussen of WISPIRG declared. 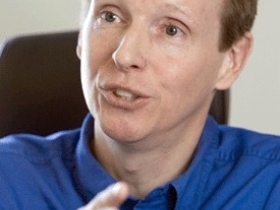 Also on hand was Mike McCabe, executive director of Wisconsin Democracy Campaign, who said spending on Wisconsin elections more than tripled in the 2010 and 2012 election cycles, from what it had been in 2006 and 2008. Even excluding the estimated $137 million spent on Wisconsin’s 15 recall elections, the total was twice what it had been before.

“We already had a raging campaign arms race before Citizens United,” McCabe remarked. “Now that arms race has been put on steroids.”

Beyond amplifying the volume of a few wealthy voices, McCabe said, spiraling spending on elections “effectively creates a wealth primary,” excluding any candidate who cannot raise substantial funds. And it “shapes what can even be on the public agenda,” leaving issues like poverty unaddressed, because politicians “can’t make money talking about poverty.”

WISPIRG, the Center for Media and Democracy and Wisconsin Democracy Campaign are among a coalition of  10 groups backing a state advisory referendum on whether there should be a U.S. constitutional amendment to undo the effects of Citizens United. According to WISPIRG, 11 states are already on record as supporting this amendment.

What would it take to get this referendum on the ballot in Wisconsin?

When this question was asked at the news conference, spectator Dianne Hesselbein, a newly elected Democratic state representative from Middleton, called out an answer: “A miracle.”

In fact, it would take a majority vote of both houses, and then not be vetoed by the governor.

A spokesman for state Senate Majority Leader Scott Fitzgerald, R-Juneau, did not comment on the proposed referendum. Assembly Speaker Robin Vos, R-Rochester, is firmly opposed. He views the Citizens United decision as an affirmation of free speech rights, as did the court majority.

“Wisconsin does not need to put a limit on democracy,” Vos said. “We want to educate our citizens about the issues. It would be unfair to seek to squelch speech because some group is unhappy about the content of it.”

Hesselbein may have sized up the challenge for those on her side of the issue just about right.

One thought on “A Solution to Our Billion-Dollar Democracy”