Pizza and the Park East

Pizza Man and The Couture win approvals and a Park East hotel is also likely to be okayed. 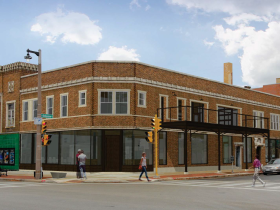 This week the  proposal for a new Pizza Man restaurant received unanimous approvals from both the City Plan Commission and the Zoning, Neighborhoods & Development Committee. The approvals were needed as the restaurant designs represented a minor change to the existing zoning.  The new Pizza Man will be located in the former Jake’s Big Dog (and Lixx) location at 2597 N. Downer Ave.  A dry cleaning business currently located in part of the building will also be relocated across Downer Ave. to make room for the new restaurant.  The new Pizza Man will include a wine tasting room, a balcony on Belleview Pl., and an outdoor, second floor dining area.

The alderman for this area, Nik Kovac, appeared before the ZND committee, stating “I’m certainly here in full support,” and adding, “it’s a very creative re-use of a historic building.” Odds are, Pizza Man will return to the East Side this summer.  Who’s up for a slice? – Dave Reid

The Milwaukee County Board’s Committee on Economic and Community Development heard two project updates on Monday morning. The first covered the proposal by Jackson Street Management to purchase a County-owned lot on Old World Third St. across the street from the company’s Aloft Hotel, just south of McKinley Ave.

The Wisconsin Department of Transportation has expressed reservations at the idea of the county selling the land without a public bidding process (the state is slated to receive 52.2 percent of the proceeds based on the cost to build the former Park East freeway spur). In response, Milwaukee County officials have sent the results of a new appraisal to WisDOT to prove they are receiving market value in the transaction.

The proposal was originally getting rushed through because Jackson Street Management was anxious to use Midwestern Disaster Relief bonds that expire on December 31;  but now it appears to have no need for speed. Milwaukee County Director of Economic Development Brian Taffora noted that Jackson Street Management no longer intends to use the soon-to-expire bond program because of the tight timeline (the project publicly surfaced in September). The bonds are sold by project developers to investors who receive a tax break on their investment.

The bonds were controversially used (at least in the eyes of State Senator Lena Taylor and rival hotel operator Greg Marcus) on Jackson Street Management’s Marriott Hotel project after construction was already underway.

Both committee members and Taffora appear opposed to Milwaukee Department of City Development Commissioner Rocky Marcoux’s idea of combining the adjacent (and recently vacated) Sydney HIH parcel with the proposed Element Hotel parcel into a public request-for-proposals (RFP). This serves as yet another sign that the City acted hastily in tearing down the complex of buildings before offering them for sale.

It was noted during the meeting that the Milwaukee School of Engineering Athletic Field and Parking Complex proposal was approved by WisDOT without a public bidding process.

Look for more on the Element Hotel proposal in 2013. – Jeramey Jannene 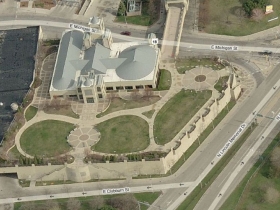 The letter says the U.S. DOT concurs with the County’s appraised value for the land. What is that value? Your guess is as good as mine, as the letter provided to the committee has the appraised value and the estimated demolition costs blacked out (given that the county’s negotiations over the land’s value are ongoing with Barrett Visionary Development). In addition, Milwaukee County will be required to spend the proceeds from the 2.2 acre parcel on a capital project for transportation (presumably a replacement for the facility that will be demolished).

While none of this news is surprising, it’s a sign that the deal is still alive. Still looming is the potential lawsuit over the legality of building on the site given its lakefront location (the Wisconsin Department of Natural Resources has ruled the site isn’t covered by the Wisconsin constitution’s public trust doctrine).

We’re looking to learn what our readers think about when they hear certain geographic terms. Let us know in the comments section what geographic areas come to mind when you hear the following terms:

It’s Time for the Santa Rampage 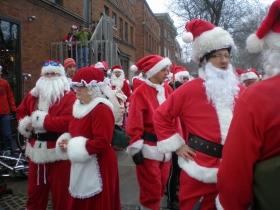 Some people think that bicyclists put their bikes away when the weather gets cold, but for many, riding is a year-round activity.  Even snow won’t stop the hardy group of bicyclists that come out every year to take part in the Santa Rampage. Hundreds of people will be biking from neighborhood to neighborhood spreading holiday cheer and good tidings for all. Just about all the bicyclists will be dressed as Santa, though on occasion there is a candy cane mixed among the group and even a dreidel has been known to join the crowd.  The ride is this Saturday December 15th, so grab your bike, a Santa outfit and join in the celebration. For more information visit the Rampage Santa facebook page. – Dave Reid 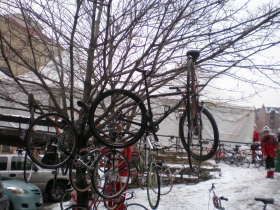 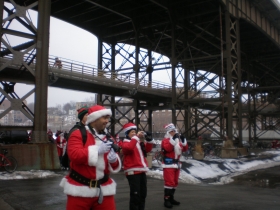 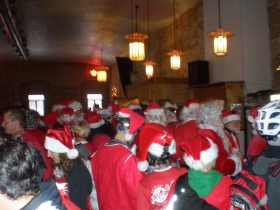 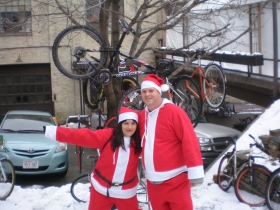 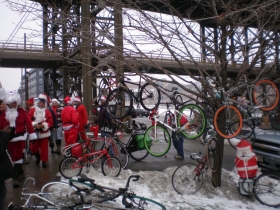 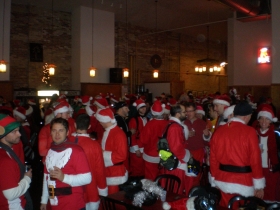 13 thoughts on “Eyes on Milwaukee: Pizza and the Park East”