State Sen. Dale Schultz expects this. But will his Republican party colleagues play along?

By Bill Lueders, Wisconsin Center for Investigative Journalism - Nov 28th, 2012 11:30 am
Get a daily rundown of the top stories on Urban Milwaukee

Two days after the Nov. 6 election in which Republicans retained dominion in the state Assembly and regained control of the Senate, a GOP assemblyman interviewed in the state Capitol press room identified Job No. 1: “We bring a mining bill that Dale Schultz can’t stand in the way of.”

Welcome to the smash-mouth world of Wisconsin politics. Schultz, R-Richland Center, a 30-year veteran lawmaker who not long ago served as the Senate majority leader, is seen by some as an obstacle to be bypassed on the way to revamping the state’s mining laws.

Last March, Schultz refused to join his GOP Senate colleagues in backing a mining bill, AB 426, which sailed through the state Assembly on a party-line line vote. That prompted a Florida-based company to suspend its quest to open a $1.5 billion iron ore mine in northern Wisconsin.

Back then, Schultz’s belief that the bill lacked environmental safeguards and adequate opportunities for public input proved decisive, because the GOP held only a 17-16 grasp on the Senate. Now the GOP is assured of a 18-15 lead — enough to make Schultz as irrelevant as the Democratic minority.

This was the exact outcome envisioned this summer by James Buchen, senior vice president of Wisconsin Manufacturers and Commerce, the state’s largest business lobbying group. Buchen sent a letter to Kennan Wood, executive director of the Wisconsin Mining Association, urging it to shun efforts to craft a new mining bill “until after the November elections, when the makeup of the Legislature is settled.”

Tim Sullivan, the mining association’s chairman, apparently ignored this advice. He’s met on the issue with Schultz and others, including Sen. Tim Cullen, D-Janesville, chairman of a Senate mining committee, now under Democratic control.

Schultz calls these talks productive and is optimistic the Senate will pass a bill that has his support, whether or not it is needed. 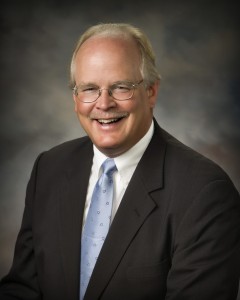 Dale Schultz:”We’ re going to arrive at a bill that makes sense for the industry and that will protect our environment.”

“We’re going to arrive at a bill that makes sense for the industry and that will protect our environment,” Schultz says, expressing pride in the committee’s work. He knows there will be “a lot of pressure just to do 426 again,” but thinks the current process will lead to a much better bill.

Indeed, Schultz makes no apologies for standing in the earlier bill’s way, saying “the stakes are too high for a mistake” in how Wisconsin revises its mining rules. He feels there’s been a lot of bad information, like the belief that things work much faster in Minnesota. Schultz says opening an iron mine in either state is an intensive, multi-year process.

Schultz pegs the mining industry reps he’s spoken to — including Sullivan, the former head of Bucyrus International, a mining equipment manufacturer — as being responsible and eager “to play by the rules” to create jobs and protect the environment. “I believe we’re quite close.”

Sen. Bob Jauch, D-Poplar, also praises Sullivan as having “a thoughtful and thorough understanding of the mining process.” But Jauch doesn’t know whether the bill will be improved enough from its earlier incarnation to earn his support.

“It will be a close call in the Senate,” Jauch predicts. “Anything will pass in the Assembly, regardless of its flaws.”

Sen. Glenn Grothman, R-West Bend, says he would support the original bill again but is open to changes from Cullen’s committee: “If Gov. (Scott) Walker wants to make it more bipartisan and accept some revisions, that’s good too.”

The committee is meeting again on Nov. 29. Sullivan, who is not paid for his association role and therefore not registered as a lobbyist, will present a report on Wisconsin’s mining laws prepared by an international consultant.

As Schultz puts it, “We all want jobs and a clean environment.”