New Building On Tap For Brewery

Gorman & Company is seeking city approval for an office building at The Brewery on the edge of downtown Milwaukee. The firm’s third project at the former Pabst Brewery, and the second to be financed by Chinese nationals, will be called The Professional Center, with four stories and 60,000 square-feet. Gorman hopes to break ground on October 1st, which is to be located at the northeast corner of 11th Street and Juneau Ave. Financing for the $11 million project has been raised through the EB-5 program, which allows foreign investors to make targeted investments in exchange for a green card.

The Professional Center is being designed by Gorman’s in-house architecture team. The current plan calls for a unique mixture of exterior materials including steel, metal, and brick. The site was previously the power plant facility for the Pabst Brewery, but was cleared in anticipation of future development when the Zilber Property Group acquired the site. Gorman & Company Wisconsin Market President Ted Matkom said he anticipates having publicly available renderings in a few weeks.

The building’s plan will target one floor for start-up law firms, and will be more affordable by sharing common spaces and staff resources, similar to how national firm Regus operates. Gorman also hopes to lease other floors to larger firms looking to take advantage of the site’s proximity to the Milwaukee County Courthouse. The proposed building will have 88 parking stalls on-site, and is located a block from the 900-stall, LEED Gold parking garage the Zilber Property Group built.

Gorman & Company redeveloped a former keg house into the Blue Ribbon Lofts, an apartment building with a name inspired by the site’s former use. They are currently building The Brewhouse Inn & Suites, an extended stay hotel at the corner of N. 10th St. and Juneau Ave. The Brewhouse Inn & Sites is located immediately east of the proposed office building, and will include 90-hotel rooms as well as a brew pub.  In addition, Gorman built and operates the Park East Enterprise Lofts on Dr Martin Luther King Drive just a few blocks east of the former Pabst Brewery.

When asked about the Gorman’s focus on projects at The Brewery, Ted Matkom cited the Zilber Property Group’s vision for the the neighborhood, as well as their patience and willingness to accept creative financing solutions. Matkom noted the compatible uses the projects will have, noting that the brew pub in the hotel will serve not only hotel guests, but Blue Ribbon Lofts residents and Professional Center tenants.

The Professional Center is being financed by Chinese investors through the EB-5 program. The program creates a method for foreign nationals to obtain a visa, and ultimately a green card by investing at least $500,000 in a project that creates at least 10 jobs for U.S. workers. Gorman was able to raise the funds by using Chinese contact Ying Chan.

The EB-5 program is becoming an increasingly common financing mechanism in Milwaukee. Gorman used the program on their Brewhouse Inn. The controversial Marriott Hotel on Milwaukee Street is also being financed primarily through the program.

The project’s site plan will go before the City Plan Commission on Monday, August 6th. Though it’s new construction, because of its location within the Pabst Brewing Company Historic District, the project will also need to go before the Historic Preservation Commission to obtain a Certificate of Appropriateness (COA). Following a hearing before both bodies, the site plan and COA will advance to the Zoning, Neighborhoods & Development Committee, and ultimately to the full Common Council. If approved by the council, the two pieces of legislation will head down the hallway to the Mayor’s desk for a signature.

The files could fail to win approval of the City Plan Commission and Historic Plan Commission, but still be approved by the full Common Council.  The project seems unlikely to face opposition given that it’s new construction on a currently empty lot.  Odds are it will be approved.

Photo Gallery of Site Before Demolition 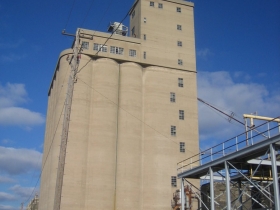 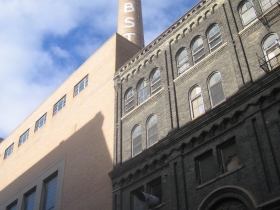 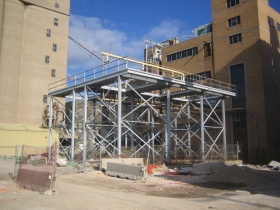 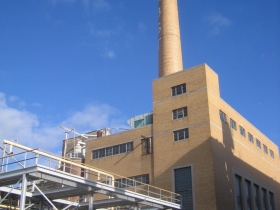 10 thoughts on “New Building On Tap For Brewery”