Design winners attempt to brighten the gloomy passageway between downtown Milwaukee and the Historic Third Ward. 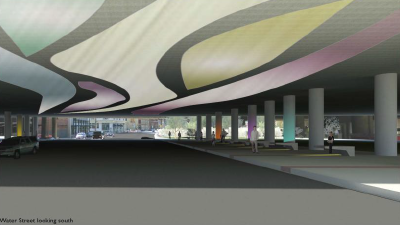 The physical separation between downtown Milwaukee and the Historic Third Ward is a problem: it makes it more difficult to knit the two together.  And walking from one area to the other can feel intimidating and unfriendly, especially at night.   Responding to this issue, The Historic Ward Association conducted a design competition, Brighten the Passage, that challenged participants to develop designs that would  improve the pedestrian experience.  The competition primarily involved the areas underneath Interstate 794 along Water St., Broadway, and Milwaukee St.

Seven teams submitted proposals in the competition, with the top three to receive recognition by the Historic Third Ward Association.  The selection panel consisted of Alderman Robert Bauman, Ghassan Korban, DPW Commissioner, Carolynn Gellings, Wisconsin Department of Transportation, Whitney Gould, Milwaukee City Plan Commissioner, and Greg Uhen, CEO / Design Principal for Eppstein Uhen Architects. The panel considered a variety of factors, but “in the end the winning submission focused primarily on the principal goal of brightening the passage, while the runners-up focused more on design and programming ideas. ”

The winning design, by UWM graduate student Craig Huebner, kept the design focus on the “brighten the passage” concept by featuring a variety of passive and interactive lighting options.  The most visible feature of the design focused on the underside of the Interstate 794, which would be illuminated with light patterns projected onto hanging fabric based on traffic flowing along the freeway above.  Additionally, lights located next to benches underneath the freeway would turn on and illuminate the columns as people walk through the passage. 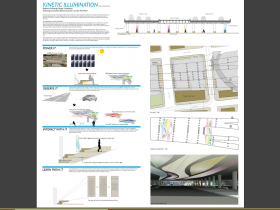 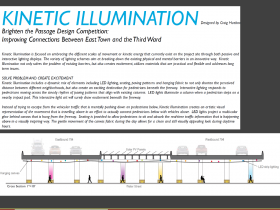 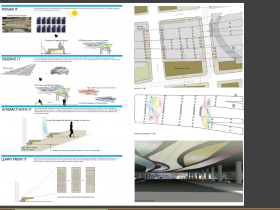 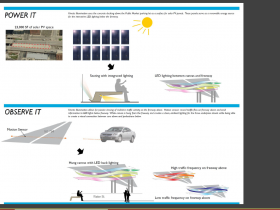 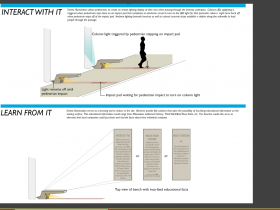 This design worked to activate the space underneath the freeway with both design elements and urban activities.  To enhance the pedestrian experience the design included the installation of lighted “umbres” to create a visual, almost festive atmosphere.  The proposal also featured ways to activate the space, including commercial boat piers, a local art garden, a performance stage, and streetcar stops on Broadway. 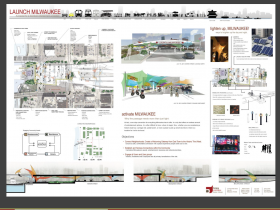 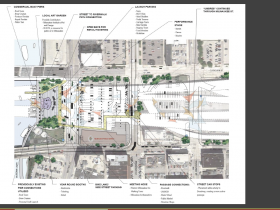 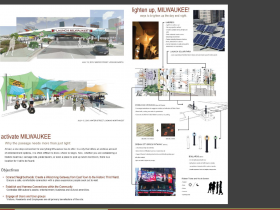 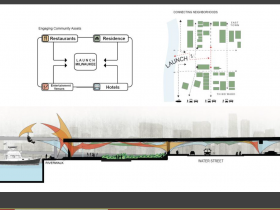 Here the focus was on the Water St. connection, and, much like Launch Milwaukee’s proposal, included attempts to activate the space with both design elements and activities.  This design involved creating Futsol, a version of soccer, courts underneath the freeway, and included seating areas to watch on-going matches.  Some of the seating areas, which resembled “campfires,” were designed to allow people to play a variety of games projected on the underside of the freeway.  (Full disclosure: I was a project consultant, along with Juli Kaufmann, President of Fix Development, for Interpass Futsol Milwaukee; more disclosure: we’ll probably end up spending our portion of the winnings at the Nomad). 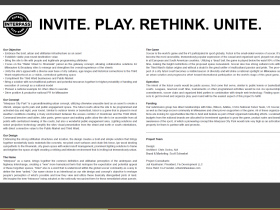 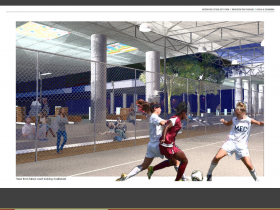 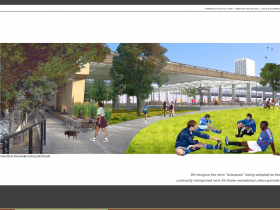 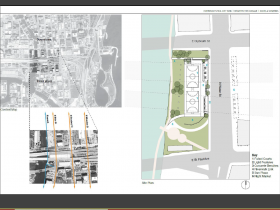 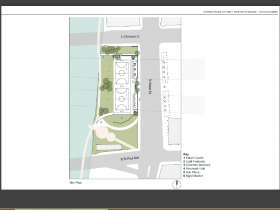 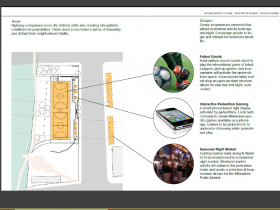 Four other teams submitted creative designs as well, and those concept can be seen here.  On a side note, Urban Milwaukee contributor and, MSOE Professor of Architecture, Matthew Trussoni was also part of a team that submitted a design in the contest.

5 thoughts on “Banish the Freeway’s Gloom!”