A New Era For Urban Milwaukee

Bruce Murphy signs on as Editor 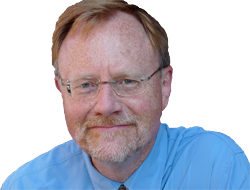 Urban Milwaukee is happy to announce that Bruce Murphy has come aboard as our new editor and columnist, where he will revive his well-known column Murphy’s Law. Among the state’s best-known journalists, Murphy is most celebrated for his stories exposing the Milwaukee County pension scandal, which led to the resignation of County Executive F. Thomas Ament and the recall of seven county supervisors. No scandal in Milwaukee history resulted in more politicians being thrown out of office.

Murphy served seven years as editor of Milwaukee Magazine and three years as a senior enterprise reporter for the Milwaukee Journal Sentinel, where he did numerous front page stories, including exposes of a generous state pension plan hatched by Gov. Tommy Thompson (which earned him a lifetime increase in his pension of more than $100,000) and a hard-hitting series on corporate executive pay.

Murphy was an online innovator, as co-founder and editor/writer of the website MilwaukeeWorld.com, and has TV credentials as well, having worked as a reporter for the WMVS-TV show “Interchange.”  He also forged a path in alternative weeklies, as editor of the upstart Metro Milwaukee Weekly in the late 1990s, until the paper was purchased by the Shepherd Express, where Murphy served as editor in 1999. He also had a two-year stint with the Madison alt weekly Isthmus in the mid-1980s, where he was an arts and entertainment editor and occasional political columnist.

Murphy has won more than 30 national and state writing awards, including the national Champion Tuck award (1984) for outstanding reporting on economic issues (fellow winners that year were Walter Cronkite, National Public Radio and the New York Times). He’s received nine White Awards from the City and Regional Magazine Association, including back-to-back honors for investigative writing in 1995-1996, and more than a dozen from the state-wide competition of the Milwaukee Press CIub.

Murphy’s signature Murphy’s Law column was created by and featured for nearly two years at MilwaukeeWorld.com, and then continued during his time at Milwaukee Magazine. It ranges widely in subject matter, but has been a must-read for news and and politics junkies. Look for this first column at Urban Milwaukee tomorrow.

“We feel like we’ve created a real connection with our readers at Urban Milwaukee, and we think they’ll be excited to see Murphy’s addition to our team,” says Urban Milwaukee publisher Dave Reid, who co-founded this website with president Jeramey Jannene. “We’re thrilled to bring a journalist of such stature to our publication,” says Jannene, “and looking forward to working with Bruce. You can expect many more changes in the months to come.”

9 thoughts on “A New Era For Urban Milwaukee: Bruce Murphy signs on as Editor”