Lake Parkway, Kohl’s and Target, Frontier vs Southwest, and More 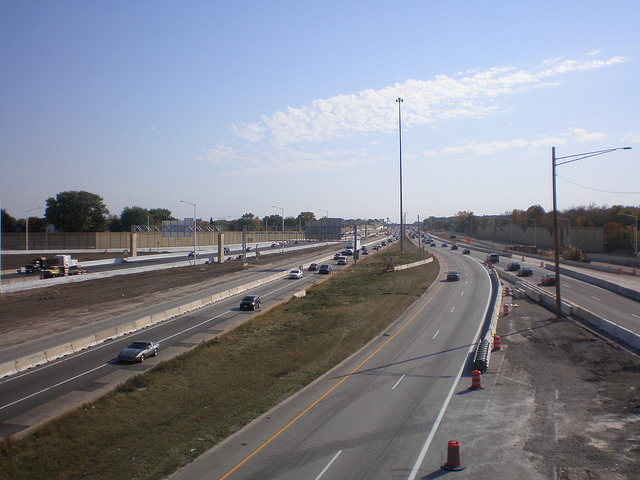 Welcome to the second weekly installment of Eyes on Milwaukee, a new column running down what’s happening in urban Milwaukee.

Did Milwaukee Dodge a Bullet by Failing to Land Kohl’s HQ?

The relationship between Target and Minneapolis has recently shown that Milwaukee might have dodged a bullet by failing to land Kohl’s. Target recently announced they’re moving 3,900 jobs from their downtown headquarters to a suburban location. Curiously they’re also leasing an additional 200,000 square-feet of space downtown, and have acquired a handful of nearby parcels.

I know big projects are sexy, but give me 1,000 five-employee companies before one 5,000 employee company who demands large public subsidies.

The proposed $207 million extension of the Lake Parkway (Wisconsin Highway 794) would add nearly six miles to the southern end of the highway. Supervisor Patricia Jursik has championed the plan, and views it as a first step towards extending the Lake Parkway the entire way to the Illinois state line.

Area residents will get a chance to comment on that concept at a public information meeting Wednesday at the South Milwaukee Performing Arts Center, 901 15th Ave. The session will run from 6 to 8 p.m., mainly in open-house format, with a presentation and question-and-answer session starting at 6:30 p.m. – Journal Sentinel

Mobility is an important issue for the region, no question. I just can’t see the need to build a new freeway-grade highway in a very-low density corridor when there is a $1.8 billion project underway less than 3 miles west that will add a lane in each direction as well as a number of other congestion-reducing reconfigurations to existing interchanges and ramps.

It seems to me the more logical thing to do is to make smaller enhancements north and south, and focus on better connectivity with the recently expanded Interstate 94 to the west.

For what it’s worth, the projected capital costs of the Kenosha-Racine-Milwaukee commuter rail project were $232.7 million.

A lot is changing at General Mitchell these days, and that’s going to have ripple effects throughout Milwaukee. With Frontier slicing their daily departures from Milwaukee from 67 in 2011 to 20 by the summer of 2012, and reducing their workforce locally by up to 446 people, the door appears wide open for a new airline to brand itself as Milwaukee’s major airline.

Southwest Airlines is moving to take the mantle of Milwaukee’s major airline, at least for now, by paying to become the official airline of the Milwaukee Brewers.

The Potawatomi Casino Hotel was approved at the City Plan Commission on Monday and will move to the Zoning & Neighborhood Development Committee.

The East Library project, now to be known as The Standard at East Library, was also approved at City Plan Commission, but will go to the Public Works Committee (the building complies with zoning).

The owners of Casablanca won approval at the Historic Preservation Commission to erect a second-story.

The Highland Ave Pedestrian Bridge is closed (or technically speaking, open) until early March thanks to a failure of an operating valve in the bridge’s hydraulic system. Given that the Juneau Avenue Bridge is also closed, the closing is a significant inconvenience to Bradley Center event goers that arrive from east of the river and to the night-time bar patron between Old World Third Street and Water Street.

The single wind turbine the city built at the south end of the Port of Milwaukee is nearly ready for operation. It’s about half the size of the ones erected elsewhere in Wisconsin. The project was funded through a stimulus grant, the state’s Focus on Energy program, and We Energies.

The detailed plan development for the Milwaukee School of Engineering Parking Garage proposal for land that used to be in the Park East redevelopment corridor was approved by the Zoning & Neighborhood Development Committee as well as the full Common Council and is awaiting Tom Barrett’s John Hancock.

c. 1880 (which I’ve also seen titled Circa 1880), a restaurant focused on Wisconsin ingredients, is set to open at 1100 S. 1st Street in the former Marchese’s Olive Pit space.

Clutch, a previously mentioned bar/restaurant, will open as a tapas restaurant as early as late March in the former La Piazza space at 1504 E. North Ave owned by the Mandel Group. Siam “Sam” Saeng, who also co-owns Screaming Tuna in the Mandel-managed First Place on the River space is the owner of the new restaurant.

My Yo My!, a frozen yogurt shop, will open at 100 S. Water Street in Walker’s Point in early to mid-April says owner Ken Thompson.

Pizzeria Piccola, a Bartolotta group restaurant, has opened at Concourse C at General Mitchell. The menu is a somewhat smaller version of the other Pizzeria Piccola in the Wauwatosa village.

Sven’s Cafe should be opening any day now on N. Water Street in the former Steamer’s space according to their previously announced schedule.

The SURG restaurant group is taking over Bradford Beach starting this summer. The beach was formerly managed by the Hi-Hat Group.

Ugly’s Pub and Grill will open this summer in the building where Asian Mart is currently located at 1125 N. Old World Third Street.

Von Trier is set to start serving food in early March in the form of “upscale small plates”. I hope the popcorn and pretzel sticks live on.

Libiamo’s is closing on March 24th because of a “combination of a lot of things.” Major construction (or destruction) will begin sometime in the near future to remove the adjacent Schlitz Brewhouse building. Owner Dean Cannestra also owns and operates Nessun Dorma in Riverwest.

Milwaukee County Supervisor Patricia Jursik is apparently scared of Patrick Farley. Farley is the Milwaukee County employee who wore a wire in the Johnny Thomas bribery case. Jursik remarked “Every time I get together with Pat Farley, guess what I’m wondering.”

I was completely, 100% wrong regarding who Angel Sanchez would support in the race for 12th District Alderman. Sanchez is supporting Witkowiak. The low-turnout primary breakdown was as follows: Perez 49%, Witkowiak 35.5%, and Sanchez 15.5%. 9 thoughts on “Eyes on Milwaukee: Lake Parkway, Kohl’s and Target, Frontier vs Southwest, and More”