The (future of the) diner on the corner 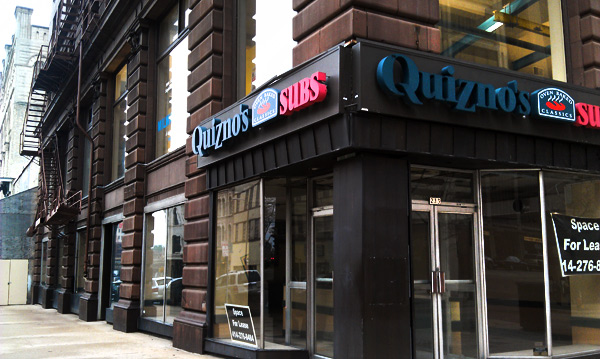 This vacant downtown storefront at the Railway Exchange building is waiting for an American diner.

There is a place. In the empty retail space on the corner of E. Wisconsin Avenue and N. Broadway Street, there lies the potential for something great. All it would take is a ton of capital, buckets of sweat equity, a love for Americana and food, social media savvy, endless stamina, and the will of the people to become faithful customers.

I’m writing here from a viewpoint of advocacy and the hope that lightning could strike twice. I’m also writing as a hopeless romantic.

When the Michigan Street Diner closed its doors in late 2011, it left the metro Milwaukee area without a real diner or lunch counter. That slightly misleading statement needs to backed up.  Yes, there is still a tiny George Webb’s on Third Street and there are two Real Chili locations. However, there is no life or love in that Webb’s, and the chili joints are just that—there is no room for a larger variety on the menu than hot dogs, cheeseburgers, and salad. (Did you know they have salad? It’s true.)

There is a small contingent of lunch counters and straight-up diners left in the greater Milwaukee area—namely Ted’s, Ma Fischer’s, Miss Katie’s Diner, Bay View Family, the nearby Cafe Lulu, John’s Sandwich Shop and a handful of others. But if you are looking to walk downtown and grab a fast bite in a place that is not a chain, you’re out of luck.  There is nowhere to grab a quick and cheap ceramic cup of coffee. There is nowhere to get a blue plate special.  There is nowhere to strike up a conversation or share a newspaper with a random stranger on the next stool.

I should also clarify that the Michigan Street Diner did not close because of a lack of business acumen, customer fan base, or love for the work. Diner owner Gary Kuhn faced the same problem Keith Pajot of Downtown Books did—eviction at the hands of a management group making a grab for the building itself to offer to a hotel chain. It seems no one wants to work an existing institution into the fabric of their own ideas. Kuhn plans to move into a new location in the spring, and do I have a doozy of an idea for him or anyone else willing to add to Milwaukee’s dining scene.

Back in 1990, I was a college student at UW-Milwaukee. My friend and I passed the empty storefront of a bicycle shop on E. Hampshire Street, just off Downer Avenue near the campus.  I pondered that it would make a great coffeeshop. I wrote it up for the UWM Post and soon discovered that just such a thing was moving in there. This was during a time in which the only such thing (Webster’s, where a Starbucks connected to Boswell Books now stands) had just closed and left students wanting. There were no Starbucks in Milwaukee. Fuel Cafe and Alterra were just being dreamt up. That coffeeshop was named Actwerks, and it would be the first of its kind in what would become a boom industry in the city during the next two decades.

Of course, the place didn’t last because it struggled with identity and finding a core customer base. A small succession of coffeeshops took over, until it was reborn as the boutique Italian restaurant Sala da Pranzo. Offering the right mix to the high-class neighbors to the east, it found itself at last. 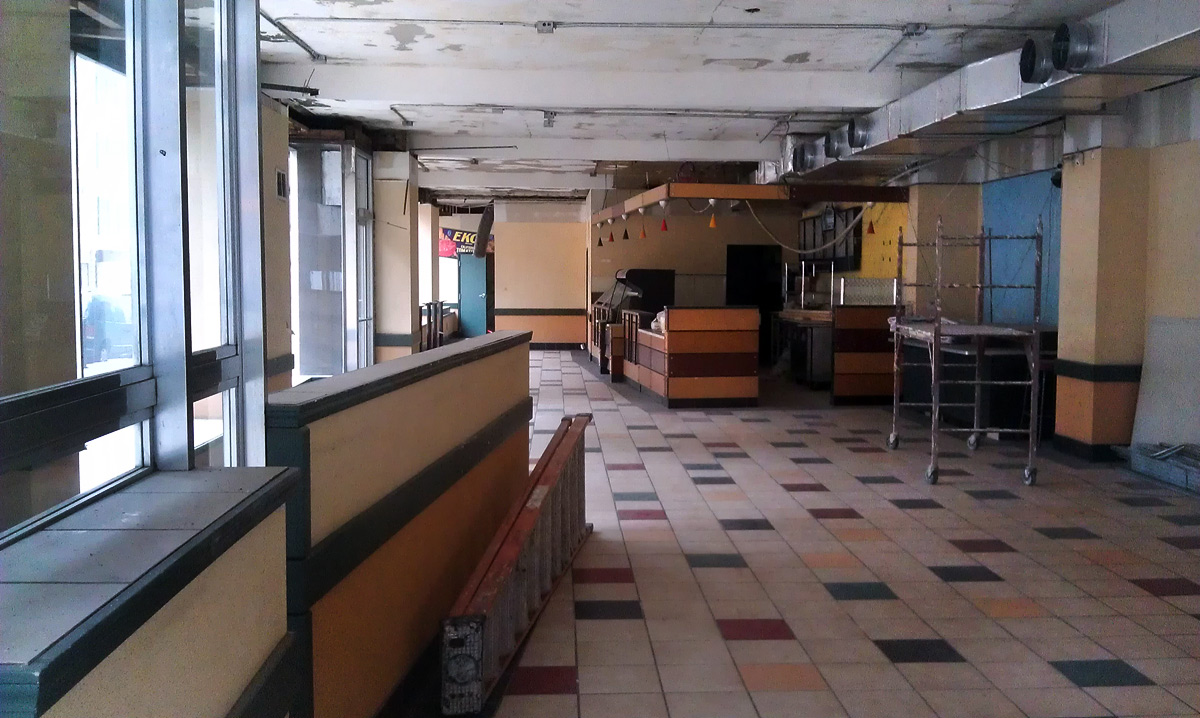 Nowadays, there are many empty or failing restaurant and retail fronts along Wisconsin Avenue in the downtown area, and even more along adjacent streets. One problem is parking:  if you were going to open up a place here, it would have to be accessible mostly to transit, cyclists, and foot traffic patrons. Another problem is the recession: there are plenty of places that cater to the business suits who have no fixed lunch hour or length, but little for those with clocks to punch or no clocks at all. A third issue is hours:  so many places downtown close by 7 p.m. or soon thereafter. A business downtown would have to find the fortitude to be open early with croissants and coffee then stay late with pie and coffee.

The biggest struggle for a prospective eatery proprietor—especially the independent one—is the money to start up right and an open attitude to attract a fan base.  I encounter so many locations that open on the shoestring some bank has loaned them and then the restaurateur thinks its enough to hang an “open” sign and put out a few dishes.  If they want to succeed, they have to find friends to help put together the right identity and vibe. The best model for this has become known as the “Scott and Leslie,” so named after Scott Johnson and Leslie Montemurro, who scrapped together the Fuel Cafe and Comet until they had a small empire of Milwaukee eateries, each with a homey feel and a vibrant workforce who believed in the product they were selling.

So there is this empty spot on Wisconsin Avenue where a Quizno’s used to be. It has been empty for a long time now, with the Space for Lease sign falling off the full-length windows. It is long and lanky, just crying out for booths and a long lunch counter. It is highly visible and on a stretch well-trafficked by out-of-town visitors on their way up to the art museum, as well as by worker bees coming down from the banks and offices nearby. The building itself is the charming Railway Exchange Building, where tycoons used to count their money and Milwaukee Film now calls the second floor home.

This is my fantasy: The Wisconsin Diner. The food would still be BLTs, potato soup, and cherry pie—but it would be all made with Wisconsin products whenever possible. So the bread would come from Sciortino’s, the potatoes would be russet, and the cherries from Door County. There would be always be a run on chicken-ginseng soup. The music would be eclectic, from classic Aretha Franklin Laughing on the Outside to the Altos being Altos. The lights would be on from 7 a.m. to midnight. The servers would be happy, the kitchen staff talented, and the owner always popping onto Twitter with the daily specials.

Here’s me, looking over a four-leaf clover at the winning end of a wishbone. Let’s make it happen.

0 thoughts on “The (future of the) diner on the corner”