Marking the Attacks of 9/11 with music

Soprano Rebecca Whitney readies herself in front of the Milwaukee Chamber Orchestra during the 9/11 memorial concert. Photos by Lacy Landre.

To those expecting the city of Milwaukee to show solidarity with New York and the rest of the country with a moment of silence marking ten years since the World Trade Center attack of Sept. 11, 2001 — they received so much more.

On Sunday afternoon, immediately following national memorial ceremonies in the nation’s Capitol, New York, Madison, and elsewhere in Milwaukee, conductor Richard Hynson led a full-scale concert of Mozart’s Requiem and Samuel Barber’s “Adagio for Strings” (op. 11) with the Milwaukee Chamber Orchestra and the Bel Canto Chorus in Cathedral Square for a program called “United We Stand.”

The ninety minute ceremony was preceded with selections from Midwest Vocal Express, a local acappella group. A special large stage and angular bandshell was constructed for the large ceremony and featured an illuminated American flag.  The ceremony began with a procession of local firefighters, police and first responders and included recognition of war veterans both present and in other countries.

After an introduction using America’s national anthem, ceremony host Mayor Tom Barrett recognized the concert for responding to actions of violence “with words of hope and music of reconciliation…as we come to terms with tragedy and loss.”

The convocation was given by Rabbi David Cohen of Milwaukee’s Congregation Sinai, who lost a brother-in-law in the attacks on 9/11.  His speech asked God as “we once called out to you from the depths, and today we seek courage, strength, and wisdom.”

After the musical elegy of Barber’s “Adagio” that has become the emotional core of the decade-old tragedy, brief words of wisdom were heard from representatives of many faiths including Christian, Quaker, Hindu, Buddhist, Islam, Unitarian, and Interfaith.  The Bel Canto chorus then sang “America the Beautiful” before the capacity audience settled in to reflect on the main program of emotional music.

The full event was broadcast live and shown again later on local PBS stations as well as the online counterpart.  Our newest photography intern Lacy Landre took photos from the event, you can view them below or at our flickr account here. 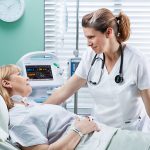