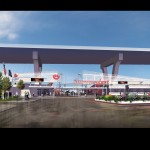 Earlier this week the Zoning, Neighborhoods & Development Committee recommended the approval of a Redevelopment Authority of the City of Milwaukee financing agreement with Milwaukee World Festival, Inc.  Specifically, the agreement authorizes the selling of up to $25 million in RACM revenue bonds to fund a loan that will be used to support Milwaukee World Festival, Inc.’s South End Capital Improvements Project on 22-acres at Henry Maier Festival Park.

The first phase of this project includes the redesign of a significant portion grounds around the South Gate.  The most visible change will be the relocation of the South Gate and Box Office to a site west of the Hoan Bridge.  The first phase will also include the development of a new stage,  food and beverage buildings, restrooms, and viewing decks.  Another significant change will be the redevelopment of the Briggs & Stratton Big Backyard Area, updating it from its mid-1980s design, and opening the area up to the lakefront.  This $17 million first phase of this project will be completed in time for the 2011 Summerfest season. 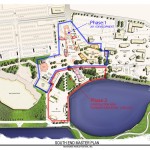 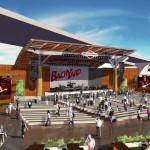 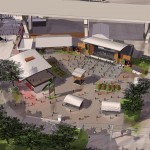